Happy National Poetry Month! What better way is there to start off than by announcing a poetry prize?

Together with the Calgary Spoken Word Society, we are thrilled to announce the 2015 recipient of the prestigious Sheri-D Wilson Golden Beret Award Penn Kemp! 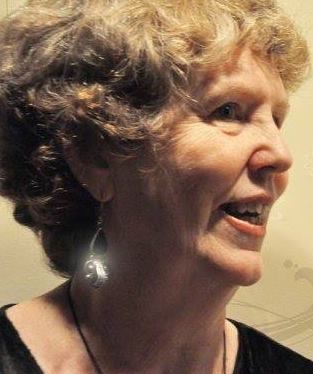 I am delighted to welcome Penn as the first guest interview on our blog. A poet, activist and playwright Penn has had profound influence and impact on spoken word in Canada. Penn Kemp is a Life Member of the League of Canadian Poets, was the inaugural Poet Laureate for the City of London and has received the Queen Elizabeth 11 Diamond Jubilee medal for service to the arts.  She published twenty-five books of poetry and drama, had six plays and ten CDs produced as well as Canada’s first poetry CD-ROM and several award-winning videopoems.

This $1000.00 annual award was created by Sheri-D Wilson—a pioneer of spoken word poetry in Canada—to honour a Canadian spoken word artist who has made a substantial contribution to the development of spoken word, through the originality and excellence of his or her own writing/performance works, and through involvement in—and contributions to—the expansion of the spoken word community. The Golden Beret Award was first presented at the Calgary International Spoken Word Festival in 2007.

And now, for our very special interview with Penn herself:

What was it about spoken word that first drew you to it?

My Out Spoken contribution began in August 1944 when dragged into the world, and again during labour at my daughter’s birth. The “e/mergence” poetry from my first book, Bearing Down (Coach House, 1972) I first performed at Edmonton’s 1972 League AGM and on radio, 1973. That performance opened up aural possibilities. I’ve been lifting the word off the page however I could since then, most recently in YouTube videopoems. As sound poet, I’ve performed in festivals round the world: eg. at NY Sound Poetry Festival, 1980; with the Four Horsemen at Toronto’s Convocation Hall, 1979; in bp Nichol’s CBC radio play; throughout colleges in India (1999) and Brazil (2003) as writer-in-residence; at Glastonbury Goddess Festival (2004) and London’s WORD festival (2014).

Travelling courtesy Canada Council grants, I conducted sound orchestras in languages I didn’t know with hundreds of groups, through sounding and spoken word. Through 49 years teaching, I’ve encouraged and mentored students from K-post-grad. My book on writing and performing on www.mytown.ca/whatspringstomind. A project I spent years on is a poem translated into 136 languages, produced in two book/cds and performed by 3,000 on one World Poetry Day.

Collaborating with artists of different disciplines, peers and students is exciting, inspiring and energizing, breaking new sound barriers. The ear remains my first love; hence, radio and mp3s. Concentrating on the voice rather than gesture or physical presence in communicating my words has taught me to listen acutely.

The Golden Beret award includes a focus on innovation and the use of new technologies. What has been your favorite exploration to make as an artist over the span of your career?

Tell us a little bit about what you are working on right now?

This spring, I’m preparing a cd of my recent play and y completing several manuscripts.

I am most honoured to receive the Sheri-D Golden Beret Award and will wear the symbol jauntily.

What is your dream for spoken word in Canada?

Given the upcoming election, I think it very appropriate for spoken word performers to speak out for political action and social justice. May we engage our Poeticians in civic discourse!

I love how inclusive and eloquent spoken word is: it engages youth in participating with keen conviction; it appeals to many demographics.

May spoken word artists take joy and inspiration in poetry’s grand tradition through the ages so that our craft can be refined and heightened by the wise words of our literary forebears. May spoken word continue to flourish!

Thanks to Penn for doing this interview with us. We couldn’t be more thrilled to award this year’s Golden Beret to her!

3 thoughts on “This year’s Golden Beret Winner is Penn Kemp!”