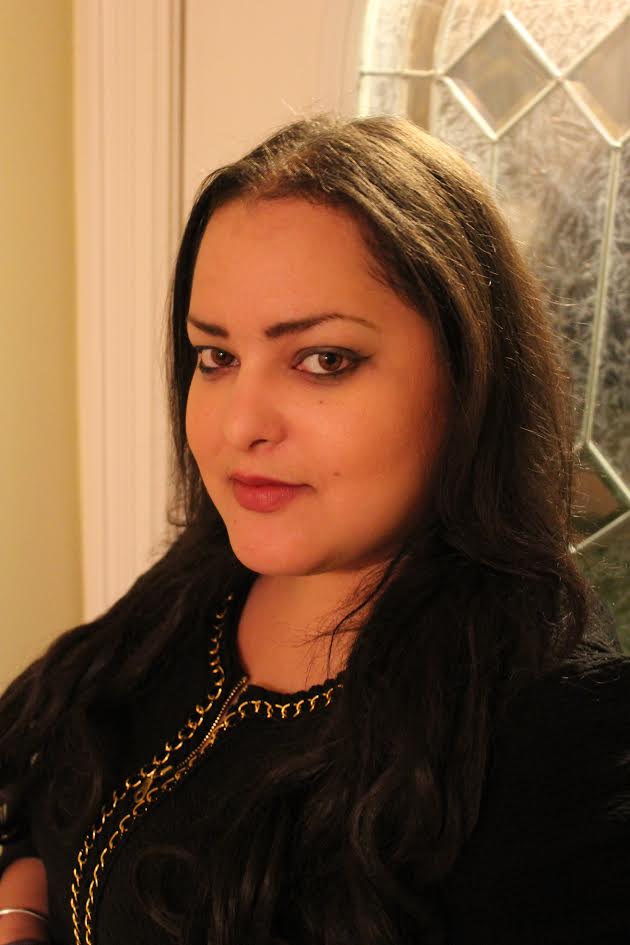 Adebe DeRango-Adem is a writer and doctoral student at the University of Pennsylvania.  Her work has been published in various North American sources, including Descant, CV2, Canadian Woman Studies and the Toronto Star.  She won the Toronto Poetry Competition in 2005 to become Toronto’s first Junior Poet Laureate.  In 2008, she attended the summer writing program at Naropa University, where she mentored with Anne Waldman and the late Amiri Baraka.  She is the author of two poetry collections, Ex Nihilo (Frontenac House, 2010) and Terra Incognita (Inanna Publications, 2015). Her most recent, Terra Incognita, explores various racial discourses and interracial crossings buried in history’s grand narratives. 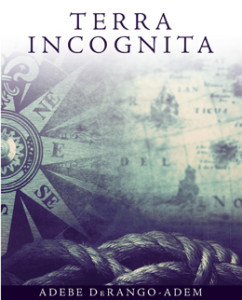 Every part was my favourite, though writing is no easy task.  My favourite part of the writing process came from knowing that my book emerged from “where the heart [wa]s”.  As a child of immigrant parents (from Italy and Ethiopia, respectively) who came to the U.S. to study and keep writing, I was thus made also into an immigrant and Canadian expatriate.  And so the writing of Terra Incognita remains in conversation with my constant creative exploration of the complex and sometimes ambiguous roots of inspiration, creation, and racial/ethnic/cultural identification.  In the process of writing the book, I’ve become interested in the question of how home can be “where the art is” – that is, how the act of creating a book or a painting or a song can become a kind of refuge or place of sanctuary, and I’m thinking of this especially in light of the book I want to write next.

Knowing when it was “done!”  The process of writing Terra Incognita was at least two years, with most of 2014 being the time where I sat and wrestled with what I envisioned as the final product.  The vision you have for a book doesn’t change once you start writing it, but of course in the process of writing the book inevitably does change.  In other words, the writing that emerges is something you’ve already lived through to some extent, and some of the things an author has lived through might be difficult to write about.  So you accept the craft as a way of wearing your heart on your page the best you can. 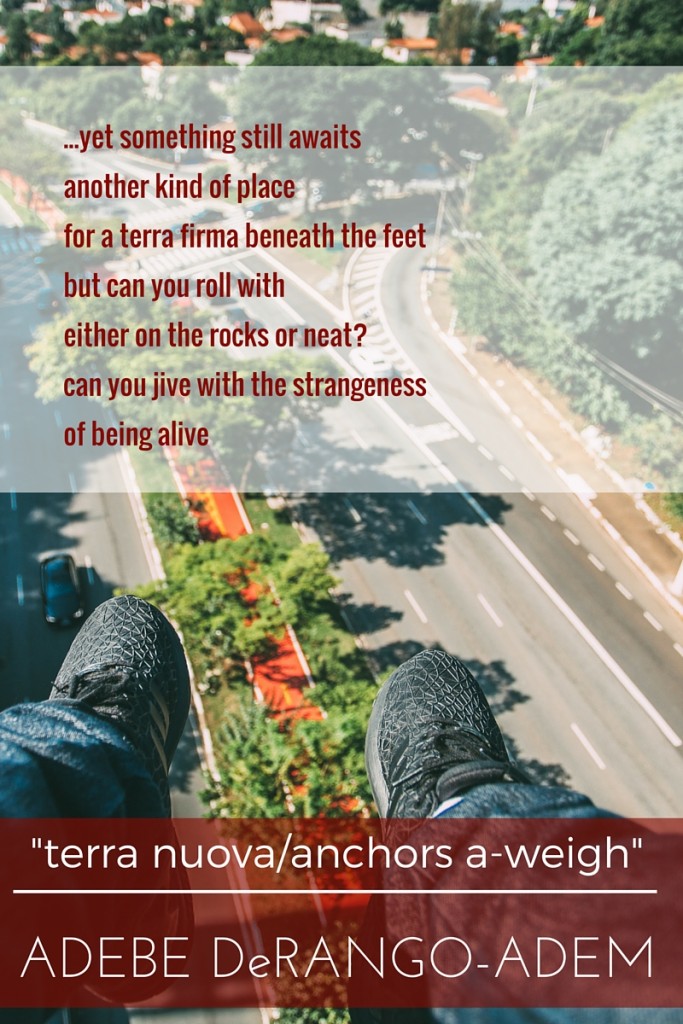 A room of one’s own is necessary for me and I think many writers would agree.  I like cafes but am easily distracted; I like libraries but the book fiend in me would be distracted there, too.  I think there comes a point when you need to be alone with yourself and see eye-to-eye with your words.  Once upon a time I used a typewriter so I could feel each letter of every word, but the times have changed as they say that now I am more versatile (pen and paper, computer, desk, eventually word processor.  Roadblocks are also absolutely necessary to the process, if anything because they’re reminders that we’re still working, trying, attempt to re-envision. 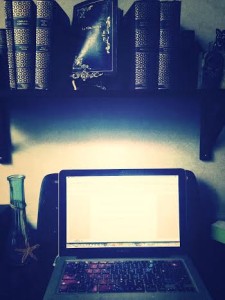 Of course Parliamentary Poet George Elliott Clarke was a central and is a continued  influence, and my friend and co-editor for Other Tongues (Inanna Publications, 2010), Andrea Thompson, who also recently published a novel.  And I cannot forget Pier Giorgio Di Cicco, who instilled in me a sense of grace like few others.

I must give some respect to my long-time supporter and friend and talented up-coming writer Arina Kharlamova, who was by my side during the early years of my writing career, and is doing some great things now.  “I write poetry about what love makes of people and what people make of love; I harvest nuance from relationships and crystallize people’s growth, whether romantic, familial, or otherwise,” she says.  I think her work is exciting, and she can be followed on Twitter @arkamova. 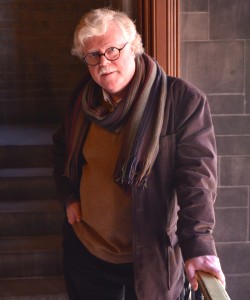 BRUCE MEYER, The Arrow of Time

Bruce Meyer is author of 47 books of poetry, short fiction, non-fiction, and literary journalism His book, The Golden Thread: A Reader’s Journey through the  Great Books, was a national bestseller in 2000, and his series of broadcasts on literature (The Great Books, A Novel Idea, and Great Poetry) are the CBC’s bestselling spoken-word CD series. His most recent books of poems are The Seasons (Porcupine’s Quill), Testing the Elements (Exile Editions), and The Arrow of Time (Ronsdale Press). His poems were included in the 2015 Global Poetry Anthology of the Montreal International Poetry Prize and he was the 2015 winner of the Gwendolyn MacEwen Poetry Prize. He was the inaugural Poet Laureate of the City of Barrie, and lives in Barrie where he teaches at Georgian College and at Victoria College in the University of Toronto. 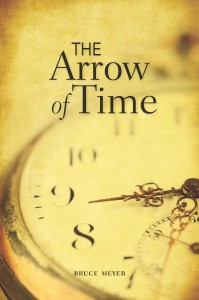 I wrote most of this book in London a year ago last Christmas. We had helped my mother move from her home and she thanked us by taking us to London. I think my favorite part of writing this book was spending time with the works of art that inspired some of the poem, such as Lucas Cranach’s “Adam and Eve.” I spent four hours with that painting in the Courtauld Institute. I also caught a show of John Constable’s work at the Victoria and Albert, and the small, preliminary painting, done out doors (unheard of in his time) for a canvas he never painted inspired the suite of villanelles, “Preliminaries.” I also spent Christmas Eve in Poets Corner at Westminster Abbey where I stood for the service on John Dryden’s grave.
What was the hardest part?

The hardest part was getting everything right. The book has numerous poetic forms, each with their own demands. Getting past that, I had to ramp up my knowledge of the science behind the title and the ordering of the poems in their sections. I’m not a scientist, but learning about the ideas of natural entropy and the way things change in the order of the universe left me in awe. I had to make sure the poems were up to the science. But in the end, the hardest part, was making sure all the elements worked together in a way that was human and not pedantic. The human element in poetry is the hardest thing to achieve. 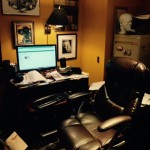 I have a room in my basement that contains 24,000 books, most of them poetry. I write my rough drafts wherever I happen to be. I always carry a notebook. I keep a lap desk and a stack of books (cook books, reference books and such) beside my bed and I wake in the night and scratch down my ideas. When I think I have something, I take them to my desk and start working on them on my computer, drafting and redrafting a poem sometimes sixty or seventy times until I feel I have it right. I hope I have it right. I write my first drafts just about anywhere — on buses, standing up in waiting rooms, wherever I happen to be. I have to get something down on paper or I become physically ill. 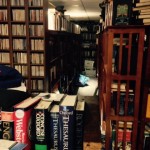 The three major Canadian influences on The Arrow of Time? Family. A number of the poems are about my family. I am inspired by them. “Explaining Romanticism to My Daughter” and “The Thin Man” are family poems. My daughter asked me a question about Romanticism. My father and brothers mounted a camera on the hood of their car and drove around Toronto in 1938. One of my cousins has the film. I remember every frame.  People I grew up with. “Strawberries” contains the scene of a church social where an elderly man, a World War One veteran, had a shell-shock fit. I was five or six at the time. It scared me. Places I have known, as well, places that no longer exist yet were familiar to me. I try to hold on to things that I know I am losing by writing about them.

I’ve been a member for year. Before I was a member, back in the Seventies, I founded the Associate Membership because young poets were getting shut out of the League. You couldn’t be a member unless you had a book, and you couldn’t get a book in those days unless you were a League Member. With James Deahl, we saved the League from bankruptcy about 1982 by publishing Poetry Markets for Canadians. It made so much money that it put the League too far into the black so the League leaders threw a great banquet at the UBC to spend the money, and I got to be Dorothy Livesay’s escort for the event. Being a member of the League is an honor for me because it means that I am recognized in the company of my peers. I have published 47 books, about 23 of them have been poetry, and the recognition that I am accepted by my fellow poets in Canada means a great deal to me.