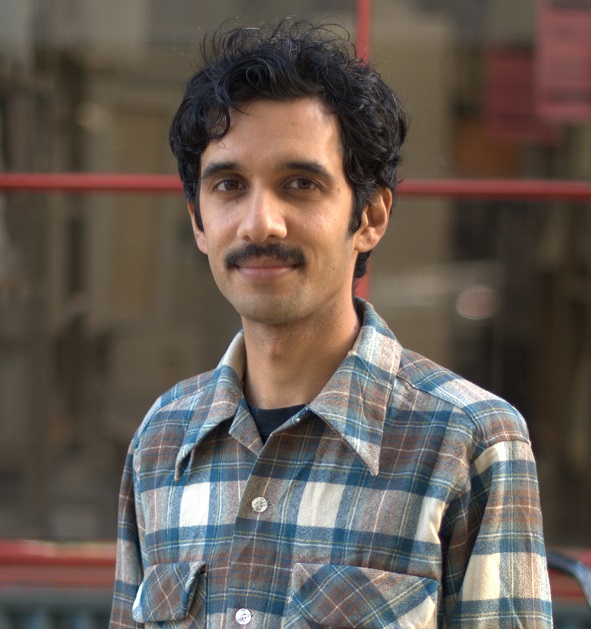 Raoul Fernandes lives and writes in East Vancouver. He was a finalist for the 2010 Bronwen Wallace Award for Emerging Writers and the 2013 Lush Triumphant Award. His poems have been published in numerous literary journals, including the Best Canadian Poetry Anthology 2015. He is an editor for the online poetry magazine The Maynard. His first collection of poems is Transmitter and Receiver, out from Nightwood Editions. 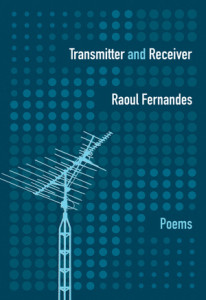 My favourite part is usually where all the poems start, sitting in a coffee shop and writing in my notebook. My son was an infant for some of the time I was working on the book and I made a routine of taking him out in his stroller and then ducking into a coffee shop to write when he fell asleep. I liked having that window of time where I knew I had to work. And it was good to put aside the loopy abstract thoughts and play with a funny little baby when he woke up.

The sequencing of the poems was a bit of a head-scratcher for me, given that there isn’t one clear theme to the book. It felt too arbitrary to think through clearly. Though was interesting to see how the poems would rub against each other and cluster. I didn’t overthink it too much – I knew my editor would probably suggest a different order to the poems (of course he did). 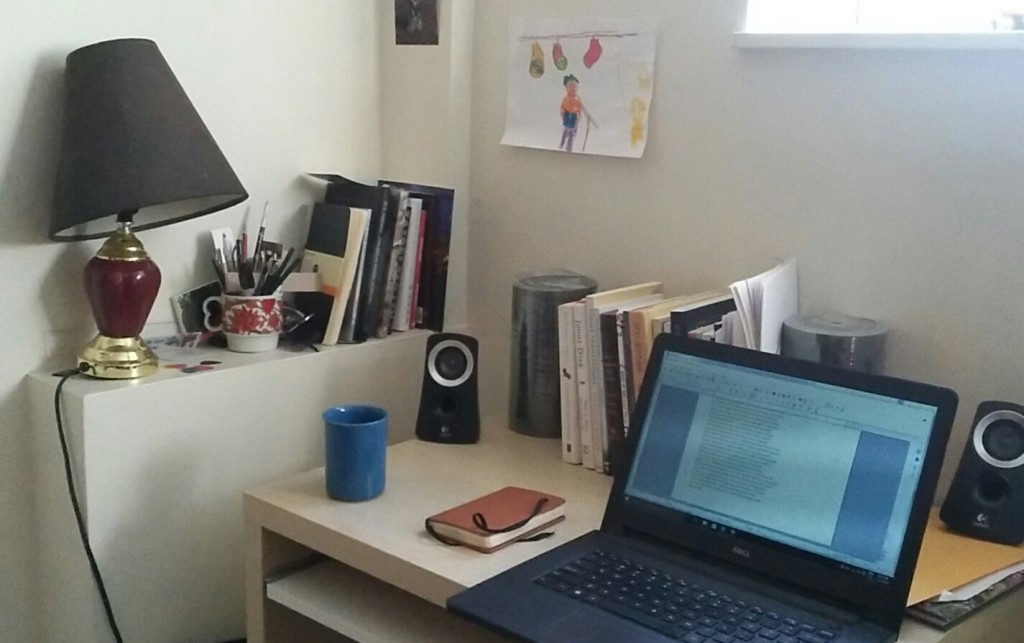 I like writing in cafes. I like the coffee buzz, the ambient noise, the people going by. Not sure if any of those things are necessary though. Writers are always saying they need particular circumstances or environments to write in, but I think often they just want to make some kind of routine for themselves.It’s good to try disrupt that sometimes. I don’t believe in writing blocks, but I can tell that my writing suffers when I am in an emotional state that narrows my thoughts too much. Anger or frustration being the big ones.

My first favourite Canadian poet was Alden Nowlan. there is something so straightforward and vulnerable about his voice. In the current poetry world, it was nice to become friends with Kayla Czaga who was working on For Your Safety Please Hold On around the same time I was working on my book. That’s more of a kinship than an influence, but I feel it’s just as important for realizing one’s work. And since you said “or otherwise” I’ll go left-field and cite a songwriter, Gord Downie of The Tragically Hip, who is one of the most poetic lyricists in this country.

The next poem, then the next, and so on. I’m being happily short-sighted at the moment. 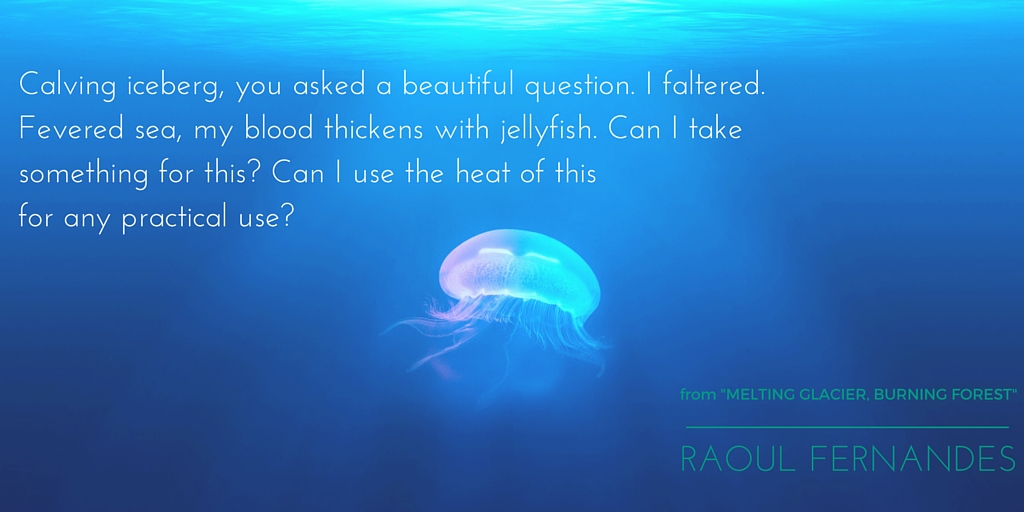 Armand Garnet Ruffo draws on his Ojibway heritage for his writing.  Born in Chapleau, northern Ontario, his roots extend to the Sagamok Ojibway First Nation and the Fox Lake Chapleau Cree First Nation. His publications include Grey Owl: the Mystery of Archie Belaney (Coteau Books, 1997); At Geronimo’s Grave (Coteau Books, 2001), winner of the Archibald Lampman Award for poetry; Norval Morrisseau: Man Changing Into Thunderbird (D&M, 2014), nominated for the Governor General’s Literary Award; and The Thunderbird Poems (Harbour Publishing, 2015).  His recently co-edited An Introduction to Indigenous Literary Criticism (Broadview, 2016).  Ruffo is currently the “Queen’s National Scholar in Indigenous Literature” at Queen’s University in Kingston. 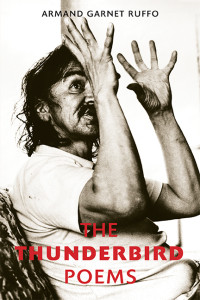 To put it succinctly, I had to learn a great deal about Norval Morrisseau’s life and art to write the book, and I think that was my favourite part of the process. He drew on so many varied sources, from Ojibway epistemology and mythology to contemporary art and popular culture. And then of course there was his own tumultuous life, which ranged from great achievement to bottomless despair. One would be hard pressed to imagine such a life.

The hardest part for me was to have all this information, all the facts of Norval’s life and art, and then try to forget it all, so that I could let the paintings take me where they wanted to go.

The book initally took shape while I was writing a biography about Norval Morrisseau (Norval Morrisseau: Man Changing Into Thunderbird, Douglas & McIntyre, 2014), and I wrote the prose and the poetry in three places: in Ottawa where I was living at the time, in northern Ontario where my First Nation has land beside a huge lake, and in a little writing shed on a lake near Haliburton, Ontario. Ojibway are people of the water so I like to be near water when I write. 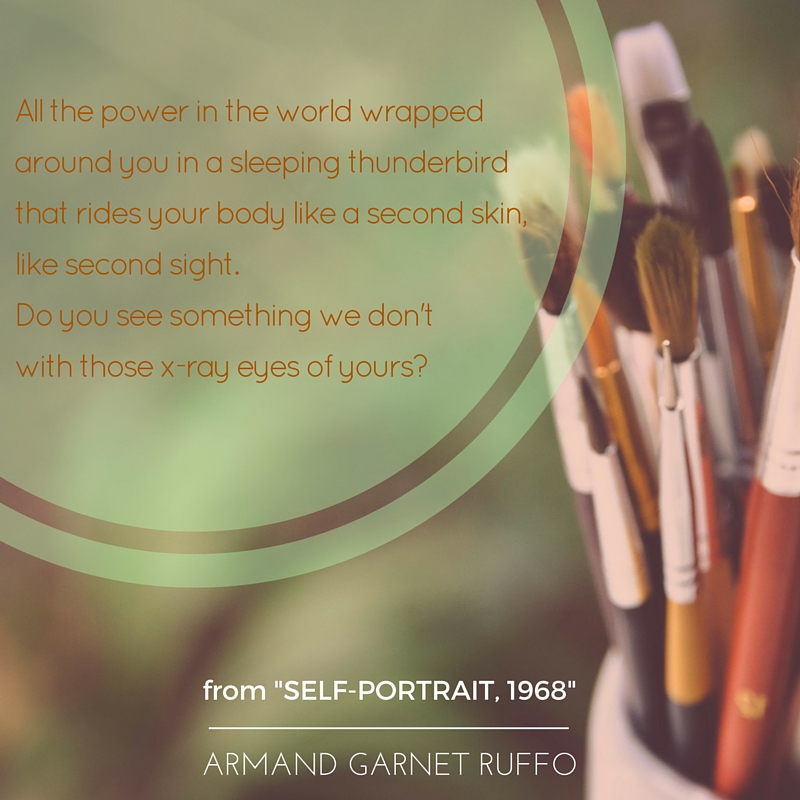 My greatest influence in writing this book is obviously Norval Morrisseau’s paintings; the second influence would be the whole pantheon of Ojibway Manidoo, or “demi-gods” as Norval called them, and the related stories; and the third influence has to be the wide range of narrative poets and storytellers I have read over the years.

It seems to me there are two kinds of poets and writers when it comes to publication. There are the ones who keep nearly everything they write on their computer or in a drawer, and then there are the ones who eagerly send out nearly everything they write. I’m in the first group, and I think joining the League has helped push me to send my work out into the world. Certainly being nominated by my peers for the Raymond Souster Award helps on that front.