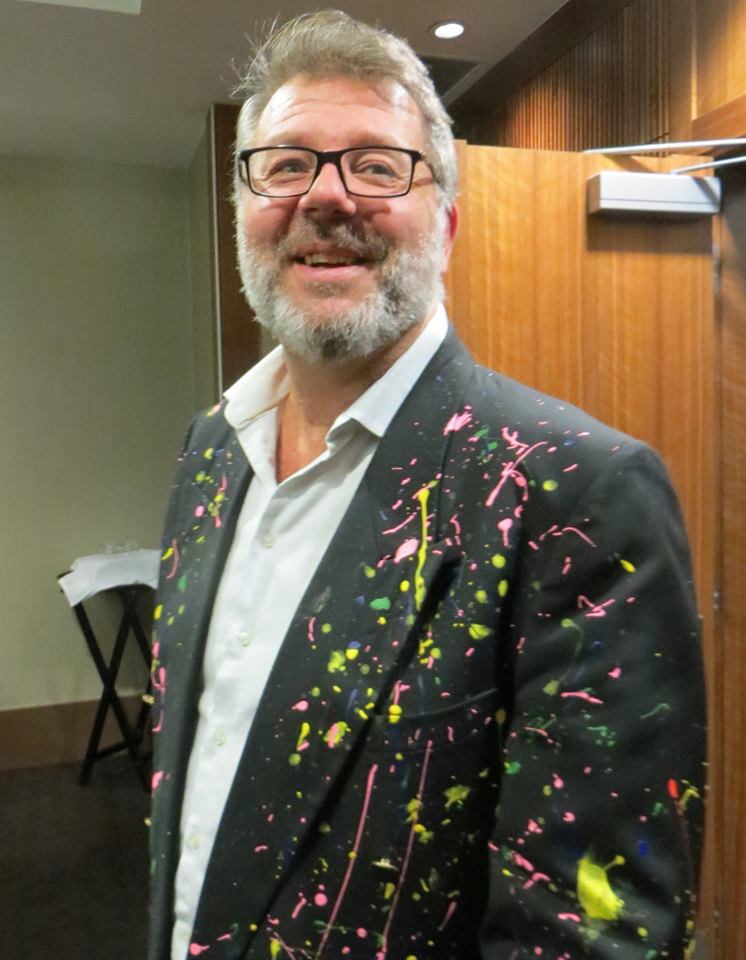 At the beginning of National Poetry Month, we were thrilled to announce our 2016 book awards shortlists as well as the winner of the 10th annual Sheri-D Wilson Golden Beret Award for spoken word. The Golden Beret Award was created by Sheri-D Wilson—a pioneer of spoken word poetry in Canada—to honour  a Canadian spoken word artist who has made a substantial contribution to the development of spoken word, through the originality and excellence of his or her own writing/performance works, and through involvement in—and contributions to—the expansion of the spoken word community. The award was first presented at the Calgary International Spoken Word Festival in 2007 and carries a $1000 prize.

This year, we are pleased to honor RC Weslowski of Vancouver, BC for his influence and impact on spoken word in Canada. He is a multi- talented performer who loves to walk between worlds to see what the ghost dragged in. RC wears many masks including poet, clown, storyteller, playwright, broadcaster, voice actor, coach and educator. Over the past 15 years he has toured North America, the United Kingdom and parts of Europe including many spoken word, poetry and music festivals.

We we happy to chat with this year’s winner about his influences, inspirations, habits, and hopes! Check out the interview below.

What was the first time you remember stepping in front of a crowd to perform, and left feeling like you’d made a difference?

The first performance that resonated with me was in Grade 10.  I somehow made it to the finals of our high school public speaking contest.  I remember performing the speech and having the entire audience roaring with laughter.  It felt great being able to do that.  And afterwards having so many people who didn’t know who I was or who had ignored me before that come up and say how much they liked it.

Who are some of your biggest inspirations, in life and in poetry?

One of my biggest inspirations in life is the art of clowning and studying with David MacMurray Smith.  For me it’s a practice for developing presence in performance and daily life as well as recognizing patterns in ourselves and others. 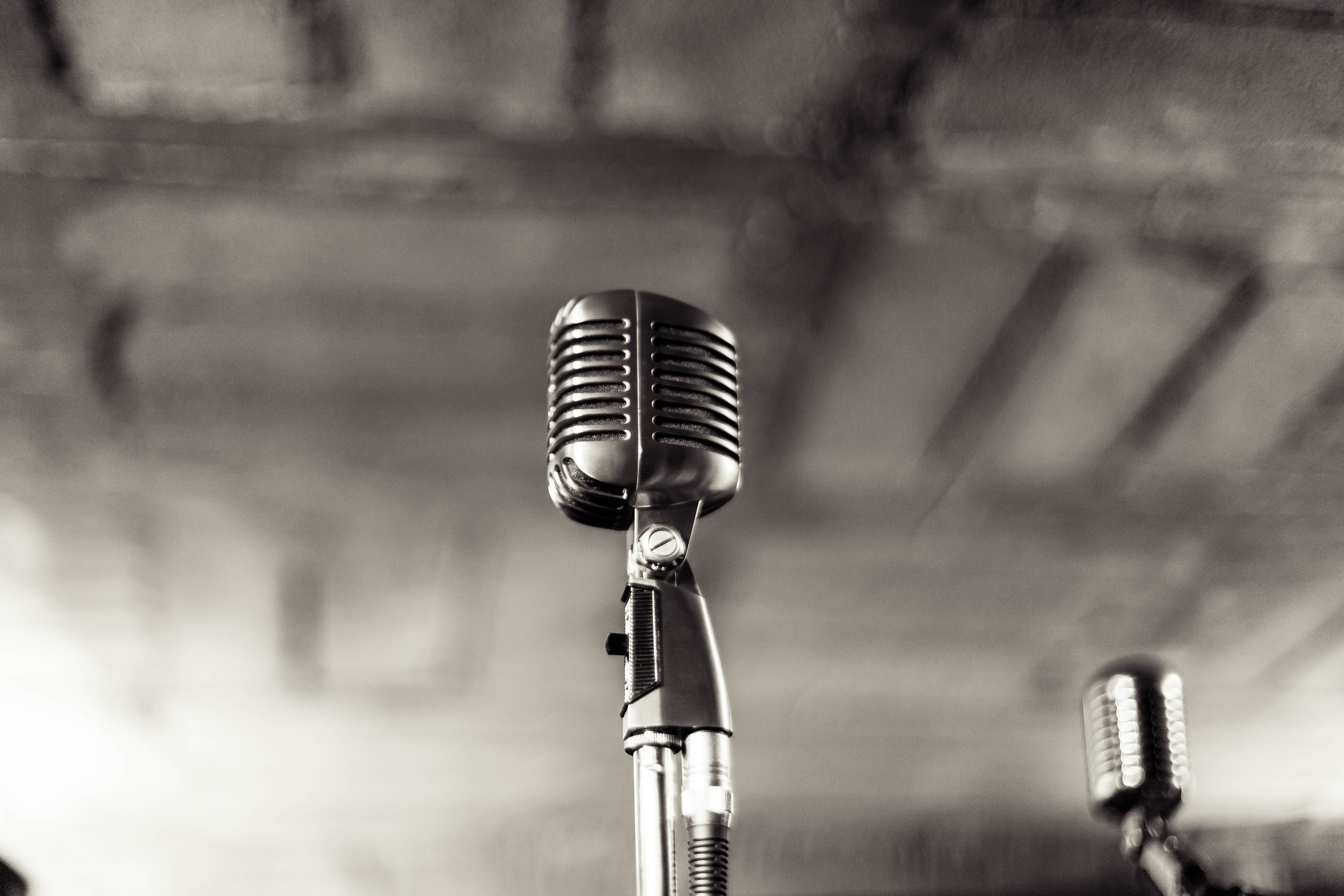 In poetry Sheri-D Wilson is a huge inspiration as is Tanya Evanson in how they both seem to embody their poetics in all aspects of their lives. They are searching and exploring and provoking themselves constantly.  There are too many others who I am fans of that I won’t list for fear of leaving someone off the list.

Take us behind the scenes, so to speak–what goes into your performance?

There are some older poems that I still perform.  Mostly because, I will have forgotten that I have written them and either someone requests one and I do it or I’m going through old files and come across an old favourite.  And there are other old poems that I leave alone, thank them for their participation in my life but now what they’re saying is not where I am at as a person.

I feel like the poems definitely change during the process of performance and rehearsal.  Saying them aloud is part of my editing process.  If the words don’t sound right together or I keep forgetting certain lines then I consider they may not belong to that particular poem and need to be altered or removed from it entirely.

In your career so far, what are a few things you’re extremely happy about or proud of?

That’s a funny question to me as I really don’t consider it a career.  It’s a need to express myself in whatever way, I can.  The idea of career and poetry and performance and being artistic seem incongruous to me.  Careers have outcomes and end results.  I’m trying to avoid that and just live in the process of it all.  If a career happens while doing it then great, I guess.  Or maybe I’m just naïve and in denial!

Who is a young spoken word poet we should all be keeping our eyes on right now?

I’m glad you asked although, I’m not sure how “young” you mean by “young.”  In Vancouver, Sebastien Wen is always doing interesting things and Mariah Dear is one of the most courageous young spoken word artists/poets, I know.  Again, I feel like I will be leaving too many names off this list as I can find something excellent and exciting with all the young poets, I work with.  Joshua “Scribe” Watkiss in Toronto is someone who is working with a lot of important ideas around race as a young person in this country.  And this past week, I heard and was reminded of the work of Valeen Jules, a 19 year old indigenous woman from Nanaimo who has a sweet command of language and is speaking important truths about colonialism and Canada’s relationship with First Nations.

The important thing with any youth poet is that we help provide them with places to express themselves.  I told the story of my grade 10 speech.  After that year, I had no support from any of the teachers to keep writing or keep performing.  There was no youth slam to go to.  I wandered away from writing as a significant part of my life for almost 20 years because of that and many other things so I feel it’s massively important to help provide those spaces and encourage talent when it’s beginning to pop its head up out of the gopher hole to take a look around.

What was the best piece of advice you ever received? From whom, and when?

Probably from Al Mader who is also known as the Minimalist Jug Band.  We were in a competition in 2004 in Ottawa for what was then known as the Wordlympics, which has not yet become the Canadian Festival of Spoken Word.  I was reluctant to perform a poem of mine that dealt with the subject  of sexual abuse.  Basically, Al reminded me it’s okay to do such poems, I don’t have to be funny all the time but if I was going to do it then do it fully and completely and “go and break their hearts.”  I often offer that same advice to other poets worried about the same thing I was.

What are you reading right now?

I don’t have a lot of time to sit down and read or at least, I don’t make a lot of time but I recently had an actual vacation and I managed to get about half way through, Andrea Thompson’s Over Our Heads and I found it to be really delightful and poetic in the form of a novel.