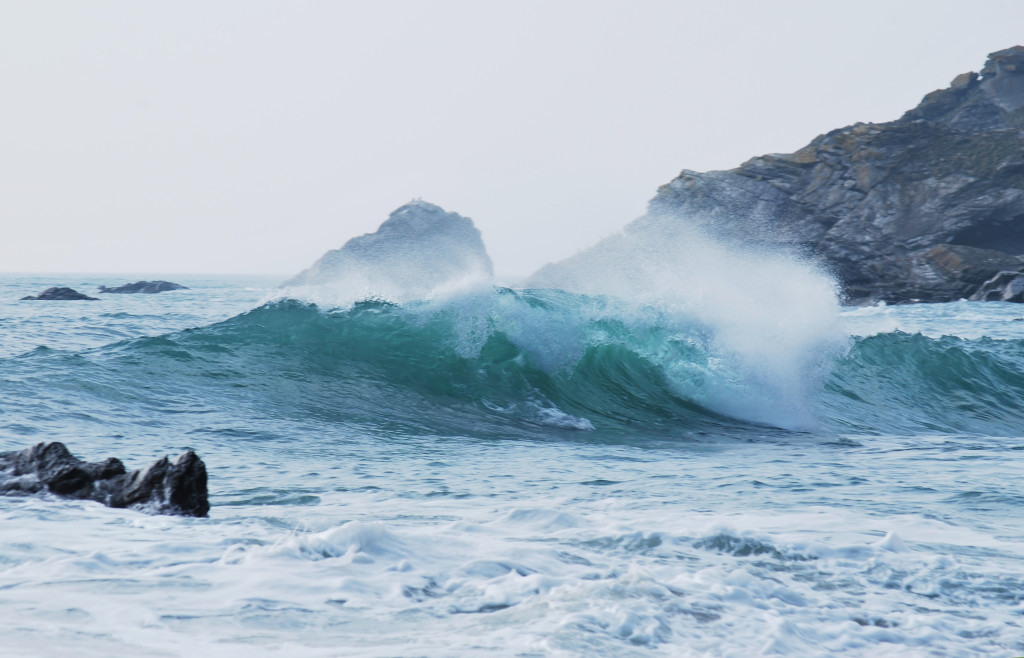 National Poetry Month is almost over, and so too is our virtual road trip. We hit our last four provinces today, driving through PEI, Nova Scotia, Newfoundland and Labrador, and New Brunswick. We know for a fact that all of the Atlantic provinces are highly literary and active, but once again we confess we don’t have too many events listings to include in our roundup. We recommend checking out the PEI Writers’ Guild, the Writers’ Alliance of Newfoundland and Labrador, the Writers’ Federation of Nova Scotia, and the Writers’ Federation of New Brunswick. Each of these organizations runs contests and awards for members and the public, as well as keeping events listings for regular and one-time events. These are also a great way to connect with other writers in your province!

There has been a flurry of literary news, good and bad, from the Maritimes lately, including the shortlist for the 29th Cox & Palmer Island Literary Awards, the Newfoundland and Labrador Book Awards shortlist announcement, the winners of the 2016 Atlantic Writing Competition for Unpublished Manuscripts, the winners of the inaugural New Brunswick Book Awards, and the fourteen winners of the 2016 Atlantic Book Awards. As well, Newfoundland and Labrador’s library board announced huge changes to its services earlier this week, adopting a regional library model which will see 54 branches close in the next two years.This news comes on the heels of the Newfoundland government announcing its plans to introduce a 10% provincial book tax. If passed, Newfoundland will be the only province in Canada to tax books.

UPEI hosts the Winter’s Tales Reading Series on a monthly basis, although little information is available online. The PEI Writers’ Guild website posts monthly event roundups, or you can find out more information about the Winter’s Tales readings by contacting  the UPEI English Department at (902) 566-0389 or emailing tjohnston@upei.ca.

The PEI Writers’ Guild seems to host a monthly open mic reading series on the second Thursday of each month at the Baha’i Centre. Check their website to find the most recent events roundup!

Halifax recently named Mi’kmaq poet Rebecca Thomas as their sixth poet laureate. She has been involved with the Halifax youth slam as well as the Halifax slam team. Writers in Halifax may be able to find information about poetry and slam events by reaching out to the poet laureate program.

The Writers’ Federation of Nova Scotia hosts an annual New Book Bash to celebrate and recognize local children’s books creators. Check out the details for the 2016 event here.

WordSpring, an annual writing festival in New Brunswick, is held in late May. It offers writing workshops, readings by local and national authors, and book launches by WFNB members. WordSpring also features a Literary Soirée, where the WFNB Writing Competition winners receive awards and give readings. The soirée includes dinner, music and merriment. 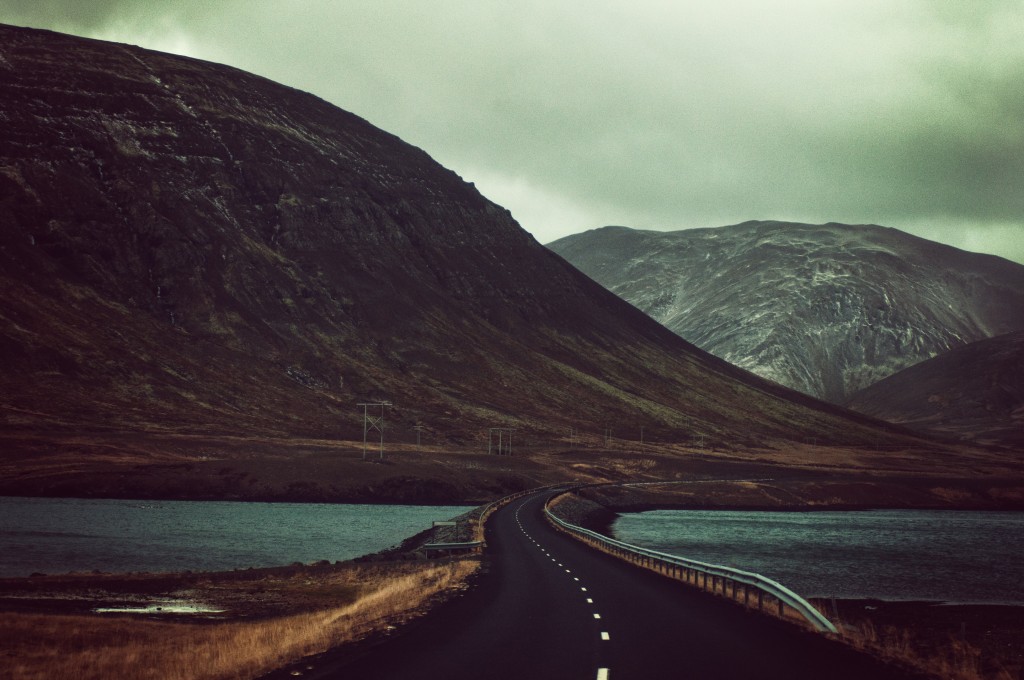 Qwerty Reads is a evening of poetry, storytelling, and live music celebrating the work of Qwerty Magazine, a literary journal run by UNB English grad students.

UNB also keeps an up to date events listing with information about upcoming and past UNB reading series events.

Spring Tides is an annual reading series held between March and June, showcasing new and established writers. The series presents four to five readings – typically two in St. John’s and two to three readings elsewhere in the province – featuring two writers each. A call for Expression of Interest to read in Spring Tidesgenerally goes out in winter, with a deadline near the end of January.

The Writers’ Alliance Come From Away Reading Series features out-of-province writers, offering local writers and the general public the opportunity to meet and network with other established Canadian authors. These readings are held in St. John’s, Corner Brook in partnership with the English Program at Grenfell Campus.The WANL Reading Committee selects notable local authors who in turn each invite an author of interest from another part of Canada. The Come From Away Reading Series is supported by funding from the Canada Council for the Arts, Literary Readings Program.

The Writers at Woody Point literary festival in Woody Point, Bonne Bay, Newfoundland had its inaugural season in 2004. The festival is organized and presented by Friends of Writers at Woody Point and, each year, has played to sold-out audiences. This year, as in the past, the event will be hosted by CBC Radio’s Shelagh Rogers, host of “The Next Chapter” a show about Canadian writing and writers.

The Cabot Trail Writers Festival takes place every year on the world-famous Cabot Trail at the Gaelic College in St. Ann’s Bay, on Nova Scotia’s Cape Breton Island on the weekend before Canada’s Thanksgiving weekend, when the Island’s fall colours are at their most breathtaking. It is a small festival, with generous, successful authors read to us, participate in panel discussions, and share their experience in the form of workshops, seminars, or guided discussions. When they’re not “on the clock”, they cheerfully participate in social activities and festival events, offering extraordinary access for festival goers in friendly, stress-free settings.

The Atlantic Book Awards hosts an annual festival in April.

Goose Lane Editions is Canada’s oldest independent publisher. “For more than 60 years, we’ve believed in the power of words to inspire, to change, to enlighten. We believe that the pen can be more powerful than the sword and that ideas writ large are the most important resource on this small planet. We believe that stories both show who we we are and who we might become — one word at a time.”

The Antigonish Review is a quarterly literary journal published by St. Francis Xavier University. The Review features poetry, fiction, reviews and critical articles from all parts of Canada, the US and overseas, using original graphics to enliven the format. For forty years, The Antigonish Review has consistently published fine poetry and prose by emerging — and established — writers.

Gaspereau Press plays an important role in the culture, both by publishing contemporary literature by both emerging and established Canadian authors and as one of the few Canadian publishers that continue to print and bind its own books in-house.

Canada’s longest living literary journal — now in its 70th year of publication, The Fiddlehead is published four times a year at the University of New Brunswick, with the generous assistance of the university, the Canada Council for the Arts, and the Province of New Brunswick. First published in 1945, The Fiddlehead is known as a WHO’S WHO in Can. Lit. Many — now well-known — writers have found their first home in our pages, and they, as well as some of our editors and assistants, have gone on to win awards and prizes across the country and around the world.

The Impressment Gang Journal Association is a not for profit organization that is dedicated to the literary and arts community in Halifax, Nova Scotia (and the world!). The Impressment Gang published its first issue in May 2014, following a successful Indiegogo campaign.

Established in 1973, Breakwater Books was founded on the principle of preserving the unique culture and stories of Newfoundland and Labrador and the Maritime provinces. Since that time, Breakwater has developed into a high-quality trade publisher, releasing twelve to sixteen titles a year – including children’s picture books, young adult fiction, educational curricula, literary and commercial fiction, non-fiction, and poetry – while continuing to support its culturally significant backlist titles. Breakwater takes pride in fostering the careers of emerging and established writers alike. Many authors and titles maintain strong links to Newfoundland and Labrador and the North Atlantic, while other Breakwater authors hail from all parts of Canada. A burgeoning translation and foreign rights program makes Breakwater’s list of both national and international interest.

Riddle Fence is a vehicle for fast-paced literature from Newfoundland and Labrador, across Canada, and around the world–unearthing the best contemporary writing and art three times a year. They publish poetry, fiction, fakelore, and nonfiction alongside contemporary art—and yeah, they stand out from the crowd.

One thought on “HITTING THE ROAD: ATLANTIC PROVINCES”