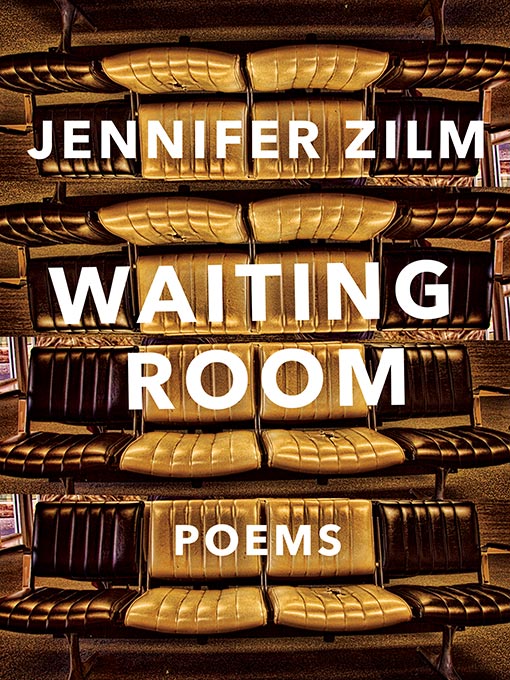 M– USE IN AUGUST

Her muse for poetry is an old woman. She declares this on an island in the wilderness—it doesn’t matter where as long as it’s either Ontario or Québec. She says her mother was always kind to her. Her mother says she would leave her young daughter alone in the kitchen, baking. Alone with flour, eggs, oven, elements, because she didn’t want to discourage her but couldn’t watch her do it wrong. The Crone Muse prefers heavy, dense sentences. The Muse as Landscape says I am the road you are walking on, pay attention. The Muse as Pioneer Housewife hides the bodies of her sons beneath wet soil as territorial markers. Sometimes the Crone Muse says I am happy. She forever holds someone’s memory of burnt cookies—an absence with the flavor of smoke and hard crust.

The author of two poetry chapbooks—The whole and broken yellows (Frog Hollow Press, 2013) and October Notebook (dancing girl press, 2015)—Vancouver poet Jennifer Zilm’s first trade poetry collection is Waiting Room (Toronto ON: BookThug, 2016), a draft of which was shortlisted for the 2014 Robert Kroetsch Award for Innovative Poetry. The poems that make up Waiting Room are constructed out of a mix of experimental fragments, erasures and more formal lyrics, ranging from sonnets and centos to poems with titles such as “The Committee Meeting,” “Footnotes to the Associate Professor” and “Email to the Full Professor.” As she describes the collection in a recent interview conducted by Stacey Seymour and posted at BookThug: “It has four sections. The first is about the dentist, the second about the academy, the third is about Vancouver’s Downtown Eastside and the fourth is about therapy. There are a lot of doctors in it.”

From the density of her shorter poems to the stretched-lyric of her longer sequences, the collection refuses to be held in one particular structure or space, but instead reads as a series of explorations, moving out across a broad range of subjects, styles and constructions. What makes this collection so compelling is not only the range of structures within, but in seeing Zilm’s openness, as we see her attempting to understand some of the broad range of possibilities that poetry has to offer.

To be precise about precise about the expanse of flesh
takes the eye away from the grey words
until the self dis-owns
birds gather[ed] into the mesquite tree confessing to existence
the self. They’ve told
how people get over themselves. That mystery:
this life you returned to me, this one life
beyond the cruel reach
winter, an individual summer.
In the middle of the tunnel,
each moment is place,
how many of these places in space have already been
earth as full of life as life was full of them.
When next we find ourselves
don’t give up the ghost. What we mean is
…………..attend.

One of the most striking pieces in the collection has to be the suite of fragments “Dead Sea Strolls: A Dissertation Erasure,” a poem that came out of her studies at the University of British Columbia, a poem she tangentially refers to, further in the same interview: “In 2012 I decided to give up working on my dissertation on gender, angels and prayer in the Bible and the Dead Sea Scrolls. I made the decision at the Vancouver WORD Literary Festival which made me happy because the word became flesh etc. So I determined to write a book in lieu of a dissertation. The book is also an elegy for that lost dissertation but it’s also an elegy for some people and a celebration of a neighbourhood. I wrote the book in 2013. I gave up reading novels that year and read only poetry: that was pretty inspiring.”

AN EXTENDED DESCRIPTION OF DAUGHTERS

A daughter took on a heart—no longer
minded.
…………..She spoke in dialect, sending up
God with hymnic style.

her garment in the thousands of their language.

Born in Ottawa, Canada’s glorious capital city, rob mclennan currently lives in Ottawa, where he is home full-time with the two wee girls he shares with Christine McNair. The author of nearly thirty trade books of poetry, fiction and non-fiction, he won the John Newlove Poetry Award in 2010, the Council for the Arts in Ottawa Mid-Career Award in 2014, and was longlisted for the CBC Poetry Prize in 2012. In March, 2016, he was inducted into the VERSe Ottawa Hall of Honour. His most recent titles include notes and dispatches: essays (Insomniac press, 2014), The Uncertainty Principle: stories, (Chaudiere Books, 2014) and the poetry collection If suppose we are a fragment (BuschekBooks, 2014). An editor and publisher, he runs above/ground press, Chaudiere Books, The Garneau Review (ottawater.com/garneaureview), seventeen seconds: a journal of poetry and poetics(ottawater.com/seventeenseconds), Touch the Donkey (touchthedonkey.blogspot.com) and the Ottawa poetry pdf annual ottawater (ottawater.com). In fall 2015, he was named “Interviews Editor” at Queen Mob’s Teahouse, and recently became a regular contributor to both the Drunken Boat and Ploughshares blogs. He spent the 2007-8 academic year in Edmonton as writer-in-residence at the University of Alberta, and regularly posts reviews, essays, interviews and other notices at robmclennan.blogspot.com