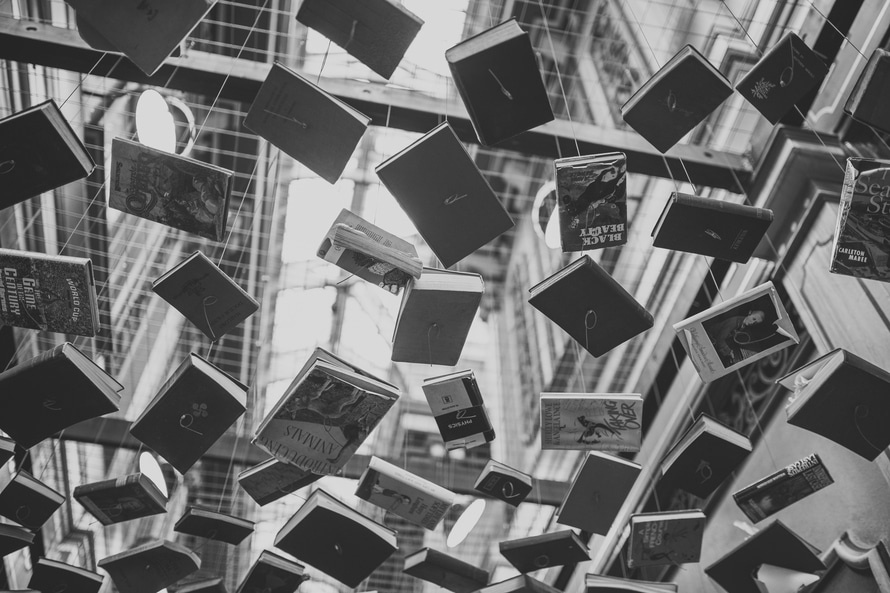 I created Minola Review, named after Katherine Minola, the shrew who is arguably broken by men in Taming of the Shrew, in an attempt to resuscitate that stifled voice. Minola Review features all women and is carefully curated for only the strongest, fiercest, most honest voices. Minola Review is a space for us to inhabit our full female selves, to be messy, real, goofy, angry, and bewildered without worrying about censoring for or pandering to the visions and opinions of men.

This is your space. What will you do with it?

Here at the League, we are always excited to find out about what our members our doing–in their own careers, but also in the wider Canadian poetry community. Many of our members run or work with reading series, publishing houses, and literary magazines all across the country, and we were thrilled to sit down with new Leaguer Robin Richardson, founder of and editor at the online feminist magazine Minola Review, to find out about her experience in dreaming up, starting, and growing a feminist literary magazine. This interview is the first in what we hope will be a long-running series of interviews with feminist editors and publishers in the Canadian poetry community.

I don’t have a lot of questions about why you started Minola Review—you’ve already explained that in detail both on the Minola website as well as in this Partisan piece. I’m most curious about the obstacles, rewards, and changes you’ve seen and faced since you first dreamed up this project. For example, how long did it take you to decide that a “no-boys-allowed dance party” meant a femme-only literary magazine? And from there, from deciding that was the goal, how long did that vision take to become reality?

Dance party to no-boys magazine was a natural leap as most of my time is spent communicating with women is through literature. We dance through our writing. Though that’s not to say we don’t just straight up dance too. Now there’s an idea: one year anniversary dance party next March, perhaps?

Minola Review formed the way almost everything does for me: a long period of unconscious gestation followed by an instantaneous-seeming epiphany. I’ve reached a point in my career where I can say with confidence I know what I like, what I want to see more of, and what I believe is underrepresented. One of those things is a space free of men, whose voices sound out intrusively in my head even as I write this. But there is more to it. There is a certain aesthetic, an honest exploration of one’s subject matter, which avoids showmanship. So this had been irking me for some time before it all came together one morning is a flash. I think I literally woke up and said “I’m going to start a magazine for women and it’s going to be named after Katherine Minola.”

I had just seen Taming of the Shrew at Stratford and nearly ripped out my hair wishing I could hear more from Katherine’s character. Minola Review restores the voice circumstance systematically squashes in the play. We all speak for Katherine, celebrating the dawn of the end of patriarchy with the potent weapon of our voices.

From its actual conception to its realization Minola Review came to be in less than a month. It was just a matter of fiddling with the website, fine-tuning my intentions, and putting out the call.

It was an absolute joy to see how quickly and warmly both women and men took to the project.

What has been the most exciting moment so far of your journey with the review? The most rewarding?

Good question. Finding out that Minola Review would be featuring Aja Moore’s first published poem, Trash Baby, was a thrill. There are few things more exciting than discovering new voices, and being able to showcase them amongst established writers.

As for rewarding, the mere fact that so many great women choose to send their work to Minola, and that so many more decide to spend their time reading it. Every time I look at our stats, or see a comment from a reader pop up on Twitter, I feel rewarded tenfold for my efforts.

Your team is already growing, with the addition of a social media manager—what does even farther down the road look like for you and the review?

So grateful for this team. Kristen Arnett is a godsend when it comes to tackling the prose submissions, and I have so much faith in our new addition, Suzanna Derewicz, who is building our social media platform into something far greater than I could have.

As for the future, one of my main goals is to gather enough funds to create an annual print anthology, and pay contributors for it. Online is fine but imagine being able to hold all of this great work in your hands.

We are also always open to new collaborations, and have partnered with Mark Laliberte of CARO– USEL Magazine to create a Minola Review supplement in 2017. Four poems will appear in print in one issue, and two pieces of fiction will appear in the next. We are very excited about this, and are working hard to gather our strongest material for the supplement. Stay tuned.

More generally: What does feminism in literature mean to you? Who are some people, or what are some organizations, doing a great job of bringing feminism to the forefront of Canadian—or international—literature?

What feminism in literature means to me is being free to write without pandering to patriarchy, maybe even contributing to its downfall. We need to get these men’s voices out of our heads for good.

There are so many fierce women contributing to this cause. Some of my favourites are Angel’s Flight—a new mag and good friend of Minola Review–based out of L.A., Cosmonauts Avenue—a monthly online journal created under the patron saint Beyoncé–and No Tokens, a badass women-run print mag out of New York. Always a fan of Rusty Toque, ROOM Magazine, and of course the now-retired Lemon Hound. There are so many more of course, but these pop to mind most immediately.

And finally, although you discuss your submission guidelines and expectations on your website, would you be able to tell us a bit about what makes a submission really stand out to you? And I’d love to hear about two or three recently published poems that had a significant impact on you.

Work without pretense stands out. I can tell immediately when a piece of writing is trying to be something it’s not, and that’s a huge turn off. If you want to catch my attention write something from the gut, not from the intellect. Trust your craft to be strong enough to support your idea without requiring showmanship. Bring us smart, honest work, well delivered. It’s that simple.

I’m impacted by all of the poems published in Minola, of course.

Outside of Minola I was recently floored by Natalie Eilbert’s poem “Vagenesis“, which appeared in Boston Review.

There is something
effortless about war paint that infuriates me, how the men stand

at the tailgate bursting open their sores, that there is a terrible
nakedness inside their pants and I want to snort them all into my

It’s unlike anything I’ve read, and really weaves through her own exposed psyche in a manner that feels like a sickening gut punch in the best possible way. Her vulnerability has real power to it. I’d publish her in a heartbeat. Oh, and shortly after this poem came out, several more were published in Public Pool, which is another really great space for strong, diverse, and underrepresented voices.

Thanks to James Lindsay at Type Books in Toronto I recently discovered Jana Prikryl. It took me a while to catch her wavelength but once I was on board she was unstoppable. Her poem “Monologue for Two Voices” is available online at Harper’s Magazine.

I could go on but there is work to be done. Please go check out the publications mentioned above, and please do submit to Minola. We are ever growing, and the love we have for our contributors is life-long. 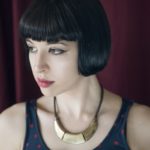 Robin Richardson is the author of two collections of poetry, and is Editor-in-Chief at Minola Review. Her work is forthcoming in POETRY, and has appeared in Tin House, Partisan, The North American Review, and Hazlitt, among others. She holds an MFA in Writing from Sarah Lawrence College. She has been shortlisted for the CBC, Walrus, and Lemon Hound Poetry Prizes. Richardson’s latest collection, Sit How You Want, is forthcoming with Véhicule Press. Poems from the collection have been adapted to song by composer Andrew Staniland for The Brooklyn Art Song Society, and premiered in 2016 in New York.

One thought on “IN CONVERSATION WITH ROBIN RICHARDSON”