>>Press release from Focus on Creators

Nearly 1,100 Canadian musicians, authors, songwriters, composers, music producers, poets, playwrights, film composers, actors, directors, and other members of the creative class have signed a joint letter addressed to the Honourable Mélanie Joly, Minister of Canadian Heritage, urging the government to put Canada’s creators at the heart of our cultural policy.

Canadians are consuming more digital content than ever before, and creators have led the shift – they have digitized their work, mastered the Internet, and become their own social media directors. Yet the laws and regulations that allow creators to monetize their works to make a living are now out of date. Without urgent attention from government, thousands of Canadian creators will not be able to tell their uniquely Canadian stories. 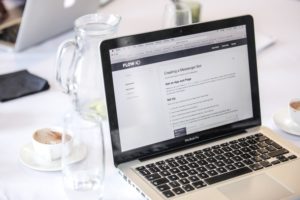 “In an ever-changing digital climate that is working against creators to financially exist, it has never been more important for Canada to be leaders in copyright reform to not only save artists, but the voice of Canada,” says Royal Wood, professional musician.

“Canadian writers play an important role in creating, critiquing, and changing culture. I wish our time and labour was better compensated! Most Canadian writers don’t just create, but publicize and market our work too, using social media and other digital technologies. The vast majority of us need other paid work in order to make ends meet. This means that we juggle multiple jobs, and still manage to produce award-winning novels, poetry, non-fiction, short-stories,” says Farzana Doctor, author and Lambda Literary Award winner. “It should not be this way; legislators must ensure that writers can earn a living from their craft.”

In light of some major federal cultural policy activities, including the Canadian Content in a Digital World consultations, and the upcoming Copyright Act review in 2017, the Focus On Creators coalition was formed to bring focus to the artists’ perspective.

“We’ve seen firsthand the respect that Canada’s music gets in other parts of the world. The support we’ve traditionally given our creators is also well-recognized,” says Suzie Ungerleider, who performs as Oh, Susanna. “But Canada should have an updated system that continues to treat artists fairly, especially as technological changes make it more difficult for them to be compensated for their work.”

“The digital shift has brought a wealth of opportunity to Canada’s writers and readers, but that opportunity is accompanied by serious economic challenges that must be addressed with sensitive, nuanced policy in order to maintain a distinct Canadian cultural identity and to ensure that Canadians continue to have access to Canadian stories,” says John Degen, author and Executive Director of The Writers’ Union of Canada.