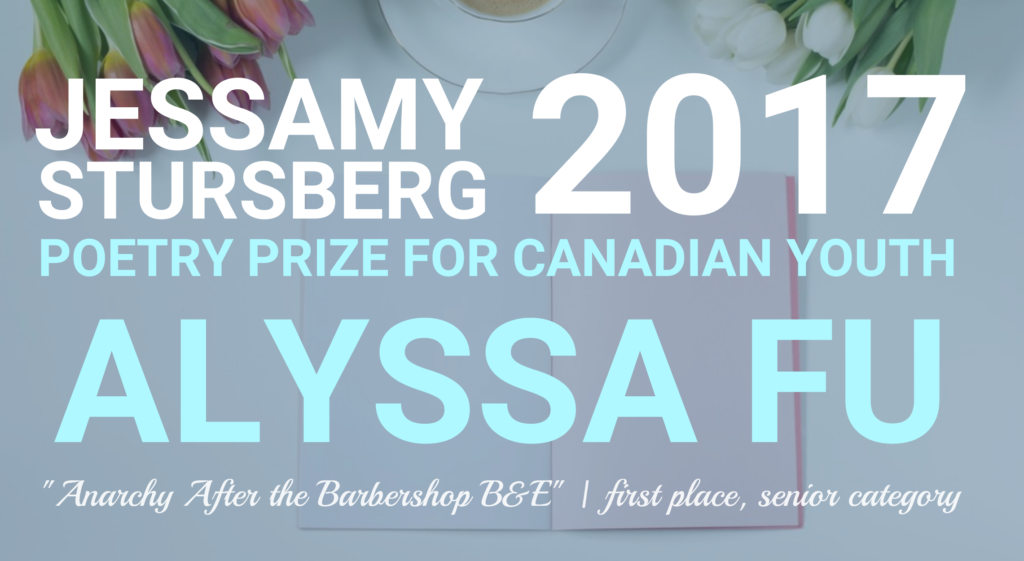 This sparse poem depicts violent aftermath with startlingly subtle and clear imagery, allowing the reader to view and evaluate the scattered remains of a barbershop’s bizarre corpse and arrange the surreal tableau from the objects of the text, rather than relying on the prior drama of the robbery. This focus on the effects, rather than the event, is further unsettled by the shifting of the lines across the page, moving the reader from the lefthand margin and instead asking that the scene be given halting but careful consideration. Kevin Spenst writes that the poem is “subtle in its point, which might just be that most important point of poetry: to observe the world. It records in clear images and unique phrasings a scene of destruction and leaves us to consider its import.” Sue Chenette, after noting the fine aural techniques utilized in the piece, praises “the clarity that this poem achieves – a kind of verbal light – where the familiar becomes strange enough that we stand at a slight distance from it, and, at this distance, see more sharply our sad human capacity for destruction.” That distance, the “sirens in the night,” the thieves that have already escaped, the “loitering Rottweiler,” are this poem’s affective core: that the inhabitants of this neighborhood are left to sift through the rain and put what was once a familiar space back together, work back towards a normalcy amongst the twisted reflects of the broken mirrors and the gazing forlorn moon.  – juror Aaron Tucker

“Anarchy After the Barbershop B&E” by Alyssa Fu, grade 11

Sirens in the night speak

at the loitering Rottweiler

.       Streetlights cast the shadows of

an electrical outlet tries in vain

Read an interview with Alyssa and the other winners here!

3 thoughts on “ALYSSA FU: ANARCHY AFTER THE BARBERSHOP B&E”