Do you identify as feminist? What does feminism mean to you? 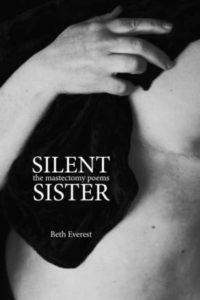 Beth Everest: This is a tricky one. Feminism is a funny word, a word that has undergone a lot of change in my lifetime. I can’t say I’m not a feminist because that’s wrong. I have 2 daughters who battle it out in professions very much dominated by men at the helm. But my daughters are strong women who believe in equality and respect, women who live their beliefs and are not afraid to voice them. I might have had some influence in that. I am married to a man who doesn’t mind that I make more money than he does and have more perceived status in career. And they jury is out about who has changed more diapers, him or me. I encourage my students to write badass female characters who rescue themselves, who are agents of their own actions, women who are admirable, who are lovely, who are strong, who live and want to live meaningful lives, who are role models, who protest wrong-doing, who contribute to community, who love…but I don’t put out feminism as a political statement.

Margo Wheaton: I identify as a feminist in the sense that I deeply believe in the importance of equality, equity and the full participation of women in social, economic and legal terms. As your question, I think, suggests, feminism as a body of thought and as a movement has shifted and evolved over the last century to encompass different emphases. The word “feminist” has taken on multiple shades of meaning. Right now, I find myself most engaged with feminist writers and thinkers who focus on issues of class and economic realities and on the ways that material existence shapes and also hinders experience. Tillie Olsen’s work in her book Silences on the lives of writers who were disadvantaged by gender, illness, and/or economics has been extremely important to me. That book still profoundly affects and shapes my thinking decades after it was first published.

Jennifer Houle: I absolutely do. It has meant different things to me at different times in my life. Right now, it is about the urgent need for both local and global shifts in power structures, and for the reaffirmation of traditionally feminine or nurturing/caring values (note that I don’t actually think nurturing is inherently feminine, just that it has always been so attributed and thus devalued). I think that if diverse women can continue to gain ground, and above all voice, in public and private spheres, that this will help to usher in change. Not that it’s so simple. But the voices of women, unfiltered through the demands of a society that honours traditionally masculine values and strengths, I think, will play a role in pushing the boulder up the hill. And then, as a relatively new mom, feminism for me is also about empowering mothers around the globe. The problems of poverty and oppression facing mothers worldwide are staggering and they make my heart hurt. I do what I can in my spheres of responsibility to speak up and I make donations and share information and keep abreast of many issues, but it certainly doesn’t feel like enough. Helping mothers, who hold the futures of children and so the world, in their hands. . .that’s of crucial importance to me right now. And the issues are as manifold as mothers: equal pay, better daycare, global poverty, human rights, domestic abuse, terrible, common violence against women and girls.

How does feminism influence your writing life, if at all? 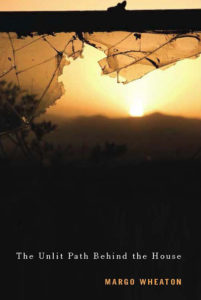 MW: I think it probably affects my writing life daily and in ways that I completely take for granted. The fact that I can sit down at my computer and feel relatively free in terms of choosing what to write about and how to write it is, I think, a state of being that’s related, in part, to the determined efforts and courage of women writers who came before. I need to remember more often to pause and remind myself to be grateful for this freedom.

BE: When I did my doctoral work in the 90s, I was questioning for myself and in my work the difficulty of finding a language that felt truthful for a woman in the conflicting roles as mother writer and academic. I felt so ripped apart by all of the voices from what I’d read, and those speaking all around me, ones that were restricting me and liberating me at the same time. I couldn’t find where I was. All those voices speaking a language that didn’t express what I wanted. The philosopher Heiddeger said where the word breaks off, no thing may be, and all I could think about was Really? Nothing? Yes, I did spend a little time in the nut house. I’m not afraid to say that.

I’m much more comfortable with all of that now, with the context of the culture that those books, and thoughts, were written in. I’m not afraid to voice what I want or need to say. Maybe it’s a matter of age and experience. And maybe it’s the fact that the openness of contemporary poetry allows for the saying of the space in-between what can’t be said by words alone.

JH: I would say that it influences all of my thought and feeling processes and so that comes through in my writing. It is one of the primary lenses through which I view the world, so there it always is. I wouldn’t want it otherwise.

Related: do you feel your writing is inherently political just because you are a woman? How do you interact with that in your writing?

BE: In one of my recent radio interviews, I was asked what is my relationship with my breasts and how has that relationship changed since having cancer. I’ve thought a lot about that question since the interview. Before, my breasts were just my breasts. Now, I’m not afraid to talk about them, or the social and psychological impacts of a changing/changed body as a result of having cancer. People ask when I am going for reconstruction. I’m not. I have one breast. So what. It isn’t the breast or lack of breast that has changed me.

MW: This is a challenging question. Generally, I think that writing is an inherently political act for any writer simply in the sense that as writers, we are all living and writing from within different positions in a society shaped by political agendas, forces, and beliefs. I think our work is shaped by these things. As writers we can, and often do, decide to write from lesser and greater levels of consciousness and deliberation about the politics inherent either within our own situations and social positions or within the subjects that we’re writing about.

The well-known slogan “the personal is political” that was such a central insight for so-called second wave feminists was one of the very first things that resonated with me in connection to the women’s movement. It remains a fundamental idea for me as a writer and has helped me find a way into understanding the politics implicit in my own work. 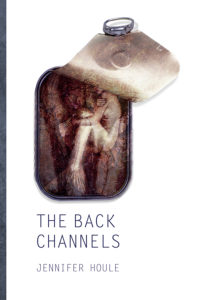 JH: Yes, but. . . Yes, because I feel that the voices of women, including my own, are urgently needed in the public sphere, in the arts, in local and provincial government, in business, on playgrounds, in parks, on beaches, on TV, on the radio, downtown, at the coffee shops and on Parliament Hill. We just need to hear from women. Urgently.  But:  as mentioned, I also feel that poetry – and all literature, all art – timely as it may be, also belongs to the Eternities, and that goes beyond politics and is pulled from a deeper well.

Who are some writers who have influenced you, or who you would recommend as must-read writers?

JH: Too many to list. When I was younger, I was tremendously inspired by the courage and candor of Erica Jong’s novels and poetry. I feel she is often dismissed as too sensational, too popular, too light, too second wave, too, too whatever- and sometimes I think the wealth of her characters makes them a bit hard to relate to, but that’s a quibble – she is clearly writing from her experience and wealthy though her heroines may be, they aren’t particularly materialist and her books are in no way about the quest for material things. From her I learned about writers like Colette, Anna Akhmatova, Marina Tsvetaeva, Anne Sexton and the list goes on. When I was young, her voice absolutely urged me on to seek my own bliss in spite of fear and sometimes paralyzing anxiety. That influence, I think will always be part of my makeup. I’m also very impressed by the work being done by Robin Richardson at The Minola Review – giving space and voice to so many women and non-binary writers. I would encourage absolutely everyone to check it out and donate if you can, because the mission is an important one. I read an article by Robin Richardson about how much she used to hold back in the presence of men and the ache of realizing how much of her creativity was suppressed and lost by so doing – that really resonated with me. I am very grateful to her for creating a space where women need never hold back their voices and stories.  Seriously, check it out.

MW: I wouldn’t recommend any particular writer at any particular time because I think that writers, and readers, too, for that matter, tend to seek out that which they most need to engage with.

I’ve been influenced by the work of so many writers, but a few do stand out in particular. Jan Zwicky’s work – her poetry and her prose, both – have been very important to me and have helped me find my way. The work of Marina Tsvetaeva and Anna Akhmatova has also been profoundly important to me. Elizabeth Bishop, Mary Oliver and Roo Borson have been deep influences, as well.

BE: Jeanette Winterson has a glorious sense of surprise and story, and so does Timothy Findley. But there are so many newer exciting writers, in all genres. Just read read read read read.