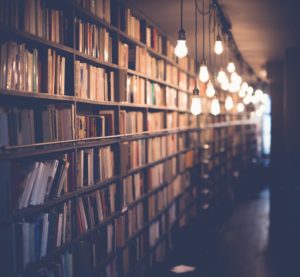 The castle is a theatre once more.

Each turret a soliloquy.

The mountains are out-shadowed despite their strength

the wisdom of the ancients.

If I were to gauge my own selfhood,

I would be overwhelmed.

I am but a small tributary of these greater beings.

I’ve been circling these peaks for years, practicing

an oration of scale and breadth.

defy the laws of decay and death.

touch their neighbours as though they have tenderness.

Language must be quarried from our depths.

Rappelling into the pit heats up jargon.

These are not shamanic stones.

They are powerful protectors.

to perform the drama, applaud pathos.

The touchstone of an underground identity

keeps our own origin a mystery.

I will lock into place this story

The peaks of the mountain recede over time

My hands steady on the prop of a harp,

meet and part in music’s embrace

Frances Reilly lives in Kitchener, Ontario, where she is a poet, storyteller, Celtic harpist and filmmaker. She began writing seriously in 1972, whilst working at BBC television in London, England. After making award-winning documentaries, she earned an Honours degree in English Literature at the University of Toronto. She is a published poet. Her book (2006) is The Green Man. She has published numerous short stories, articles and poems and she has been a guest author on CBC Radio.  Currently, she performs spoken word with her harp, her poetry and the gypsy stories brought by her Romany ancestors.

Never in her storied life

Had she dreamt of this finale.

To hold on to the filmy, fading images

At first appeared a deserted land.

Amid the cacophony, a distant flapping of wings.

Monkeys fly through the sky –

One eyes her with a menacing glance

As he swoops, then soars back

To join his cohorts.

The witch dissolves into a wicked mess –

A putrid boil is the only vestige of her existence.

A twinkle in his eye, and a promise on his lips –

Assurances of fame and fortune,

Pledges of a joyful eternity.

The wizard reveals his clasped hands,

The power of all time?

The holy grail of her youth?

He exposes it for all to see –

A succulent, golden plum which

Shrivels, into a hardened prune.

Along with her hopes.

tears desire, dripping and is lust

Lust yawns in its yearning

love pines for no other

John Di Leonardo is a Canadian visual artist/poet, past president of The Brooklin Poetry Society and former editor of Verse Afire. He has published two award winning chapbooks Book of Hours (2014), Starry Nights (2015), and is the recipient of the 2017 Ted Plantos Memorial Award. John’s poetry has appeared in over thirty Canadian journals and anthologies, including The Banister, Verse Afire, and Tower Poetry. He writes and paints in Brooklin, Ontario.You can visit him at johndileonardo.ca

Curated by Lesley Strutt and Blaine Marchand, these poems represent just a small portion of the great work being produced by our members, and we are excited to have this opportunity to share their poetry with you. If you are interested in contributing to Fresh Voices, please send 3-5 poems to lesley@lesleystrutt.ca. You may submit only once per month, but you may submit every month until your poetry is selected. This opportunity is open only to associate members of the League–if you are interested in joining the League, please visit our membership page!