Congratulations to the winner of the League’s 2nd annual National Broadsheet Contest, Leah MacLean-Evans! Her winning poem, “Name Me After a Fish” was selected by judge Doyali Islam for its “subtle vulnerabilities and playful humour.” 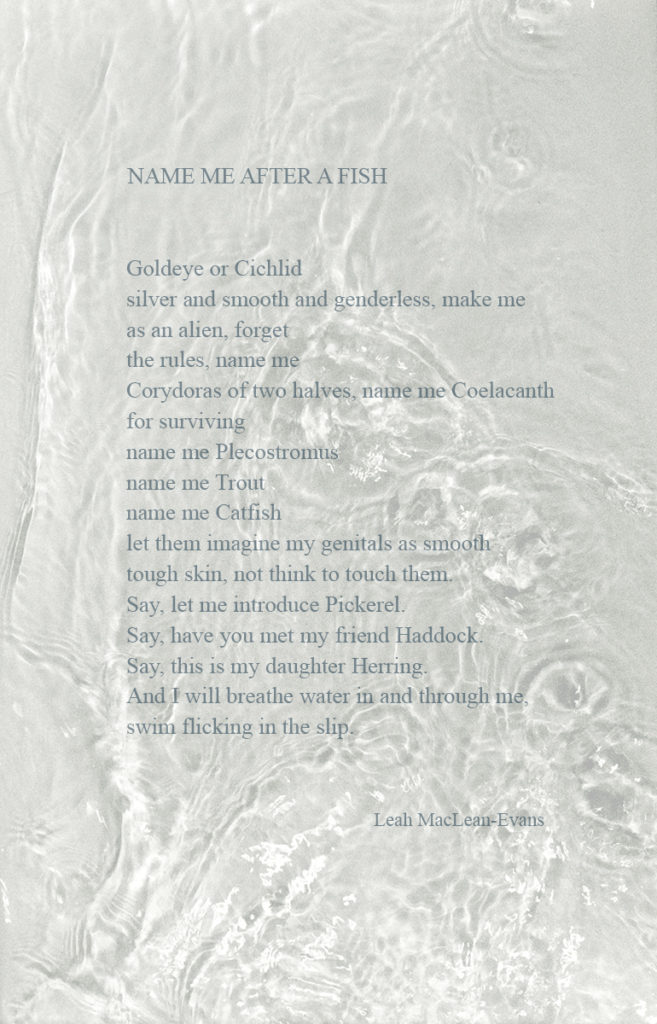 “Name Me After a Fish” is a spare poem, but each pass yields more for the reader in terms of philosophical inquiry, emotional affect, and introspection. The poem’s tones and meanings dart and flash, as a fish might: is the speaker saying this or that or both or more? Recite this poem aloud, and you will hear its music and urgency, its subtle vulnerabilities and playful humour. Here is a poem critical for – and, perhaps, of – our times. An iridescent voice. – Doyali Islam

In addition to being crafted into the above artisan broadsheet by Briar Craig, “Name Me After a Fish” has been published in the 2018 Poem in Your Pocket booklet (also where the poem can be read in plain text)!

We spoke with Leah about her writing practice, her winning poem, and her future projects. Read the interview here. 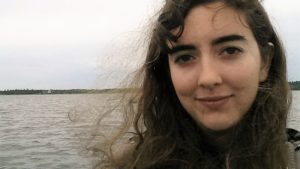