THE CREATOR IS TRANS by Billy-Ray Belcourt 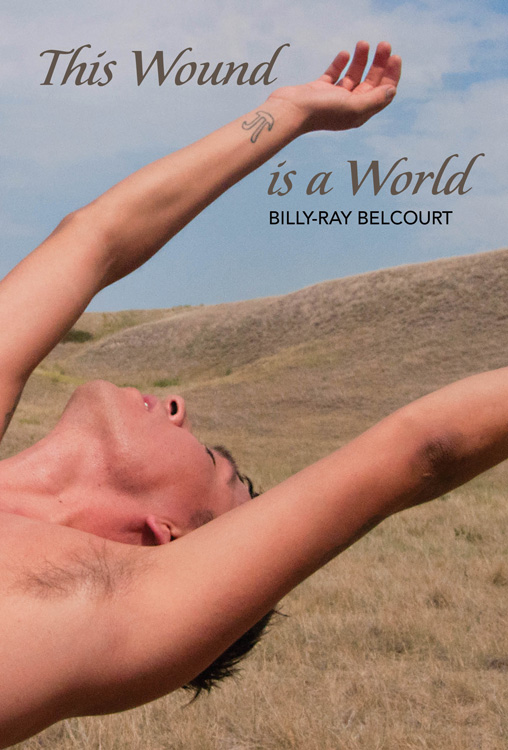 the creator is trans
and the earth is a psychology experiment
to determine how quickly
we mistake a body for anything
but a crime scene
the product of older crime scenes.
there is a heaven
and it is a place called gay.
gay as in let’s hold up a world together.
gay as in happy to make something out of nothing
and call it love or anything
that resembles a time
in which you don’t have to be those shitty versions of yourself
to become who you are now.
one day i will open up my body
to free all of the people i’ve caged inside me.
i want to visit every tim horton’s in northern alberta
so that homophobes can tell me sad things like
i love you
your hair looks nice
you have nice cheekbones
until someone kills me
and then the creator will write my eulogy
with phrases like
freedom is the length of a good rim job
and the most relatable thing about him
was how often he cried watching wedding videos on youtube.
homonationalism, aimirite?
my grandma thought there was a portal
to the other side in her basement
but it was all of the women she had ever met
praying in a circle
that she would give birth to a world
without men
only women
made
from other women’s heartbreak. 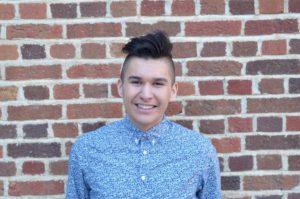 Billy-Ray Belcourt (he/him) is a writer and academic from the Driftpile Cree Nation. He is a Ph.D. student in the Department of English & Film studies at the University of Alberta. There, he is writing a dissertation called “The Indigenous Paranormal,” which explores the ways in which contemporary First Nations artists, poets, and filmmakers represent the conditions under which Indigenous subjects come into being or fail to. He is a 2016 Rhodes Scholar and holds an M.St. in Women’s Studies from the University of Oxford and Wadham College. His research interests stretch from queer, trans, and feminist studies to ethics to decolonization. Billy-Ray’s debut book of poems, This Wound is a World (Frontenac House 2017), is a finalist for the 2018 Griffin Poetry Prize. It is also shortlisted for the 2018 Robert Kroetsch City of Edmonton Book Prize, the 2018 Gerald Lampert Memorial Award, and the 2018 Raymond Souster Award, both via the League of Canadian Poets. It was named by CBC Books as the best “Canadian poetry” collection of 2017. His sophomore book, NDN Coping Mechanisms: Notes from the Field, is due out in the fall of 2019 with House of Anansi Press. He is at work on a third book of non-fiction vignettes called The Conspiracy of NDN Joy. His creative writing is represented by Stephanie Sinclair at Transatlantic Agency.