I know there are many of us who are writers and parents. This is a wild duality to live. My intention with this column is to write about the challenges of being a parent and a writer. I aim to share stories that reflect both the difficult and the extraordinary experiences of striving to balance the creative and the caregiving mind, body and spirit. Find an archive of the Writing Parent columns here.

My son is turning twelve this summer. I’m freaking out. He’s changing in body every day, it feels like. Soon he’ll tower over me. His feet are like skin trucks. I can’t wrap my brain around ‘twelve’ and ‘son.’ Did I mention it’s freaking me out? Or how about the fact that I’ll be forty on the same day he’ll be twelve?

So, besides all these ‘ageing’ bits, things at school for my son are gearing up. He had to write and submit his first short story. This included a rough draft (hand-written – thank goodness!), a typed rough draft, and then a final draft. He worked on it for weeks. I cried softly to myself when he said, “Okay, Mom, I’m going to my room to write.” I mean, are there any better words a son could say to his writer mother?! He also said, “This is really hard.” “Oh, I know, son. I know,” I told him.

Two weeks before the story was due, he offered it to me to read. Of course, I asked him if he wanted anything more from me. An edit? General thoughts? How serious did he want me to be? His response surprised me. “Give me an edit, Mom.”

I took the ten-page single-spaced short story and held it in my hands. I trembled a bit. It was a pivotal moment in our fresh writer-to-writer relationship. I had to ask myself: what type of edit should I give him? Should I be gentle? Should I treat him like I treat the other writers whose work I edit? The loudest voice in my head responded with: edit it like you’d edit the others…but a little more gently. 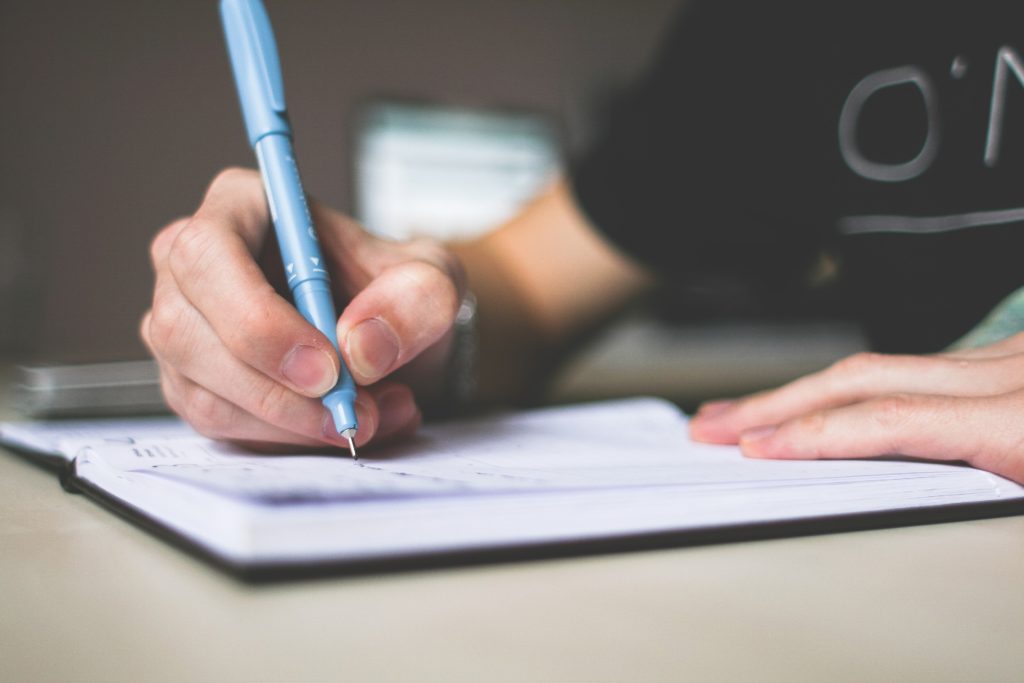 I sat on our front porch on a mild afternoon and read and edited. I edited grammar, punctuation, sentence structure, and made notes on plot points that were confusing or missing. I also wrote how much I loved parts – words, phrases, images. The kid’s writing is pretty damn impressive. I’m not just saying that ‘cause he’s my son. His story read like a story written by someone who’s been to the writing racetrack before. His talent was clearly evident. His humour and imagination were outstanding. I had to pause to wipe tears trickling down my cheeks – my pride was visible.

But, by the end of it, the pages were marked up. (I didn’t use red pen. I’m not cruel.) I handed it back to him with these words: “Son, this is an outstanding first short story. You have a natural talent for storytelling. Thank you for sharing this with me.” He was smiling as he took the pages. I followed up with: “Here’s the best thing about being the writer. You get the final word on the edits. If you don’t agree with a suggestion or don’t want to change something, you don’t have to, okay?” He nodded. “Take your time,” I told him. “No matter what though, I want to talk after you’ve gone through my edits.”

It was a long few hours. I heard him huffing in his room. I got nervous. Was I too hard? Should I have just read it and told him how much I loved it? Should I not have treated him like a ‘real writer’ so early in his storytelling career?! Ugh.

Later that evening, he said he was ready to talk. We said on the sofa side-by-side, our two dogs climbing up on us to witness. We had a really great, open, honest and heated conversation. My chest warmed with love and respect for this young writer. There were a few things he was not willing to change. I loved his persistence and confidence. But I think what I loved most was that we could actually have the conversation. He was able to take the edits, read them, ask questions about them when he wasn’t sure what I meant, and then argue for his choice to keep certain things the way he originally wrote them. He took my suggestions like a champ, like a seasoned writer who was willing to learn.

Alas, our conversation ended tersely. It was a lot, this editing and discussion process. We were both tired. Time passed and did what it does best – allows us humans to breathe and reflect. The next day I followed up to see how his edits were going. He was typing away. “I changed the ending. I think it’s better now. Will you read it?” I made sure the smile on my face wasn’t as huge as it was in my heart. “Sure, son.”

His new ending was better. Much better, but there were still a few things I had questions about. We engaged in a pretty serious back-and-forth. The lesson I was trying to teach was twofold: show-don’t-tell and remember to the write the details. Yeah, you know, the things I myself continue to struggle with as I write! I told him that one of the biggest challenges for writers is to get what they see in their mind onto the page. Because we are so ‘in’ our story and so connected to our characters, we forget that our readers aren’t in our brains watching the ‘film’ version of our stories as they unfold with us. We must always stop and look around – don’t forget the details of setting and movement and context.

“This is the part of writing that takes practice, son.” I told him. “This is your first story – and it’s amazing! Your skills will only get better and better now that you’re learning these tools.” He gave me a scrunched face. “But everyone knows who Dr. Strange is, mom,” he said, his arms rising and falling in frustration. “Nope. They don’t. And the portals he creates? Not all your readers will be able to visualize them without a bit more description.” I told him. He wasn’t pleased with my argument, but he listened. And he continued to edit.

I didn’t read the final version. He didn’t offer it, and I’m totally okay with that. I’ll get a chance to read it after his teacher gives him a grade. I know he’s gonna do well. Is it weird to write that I’m grateful my writing DNA is soaked into his DNA? Am I getting teary with pride as I’m writing this piece? Double yes. Do I think my son will be a famous writer one day? I don’t know. But what I do know is that he’s already a great storyteller with a wildly fun imagination. I’m giddy with joy for his talents. And I’m ever grateful that we can communicate about storytelling. This was a learning experience for me, too. My son is turning twelve. He can do things like write incredible short stories and take edit notes from another writer – even if it’s me. Maybe especially if it’s me. I hope he feels comfortable to continue sharing his writing with me. I think he will…even when the story of his body and mind change even further into the reality of teenager and young man. Sheesh. That’s a story we’ll need to navigate together! 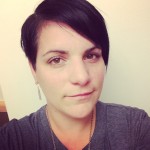 Vanessa writes in the in-betweens of a busy life as a parent, producer, photographer and poet. (That’s a lot of Ps!) She lives in Windsor with her hubby and two kids, Jett and Miller. Her first book of poetry, I Am That Woman (Black Moss Press) was published in 2014. Her book Look at Her (Black Moss Press) was released in the fall of 2016. Shields created and hosts a storytelling series called Mouth Piece Storytelling. For all things Vanessa, visit her websitewww.vanessashields.com.