As many Indigenous leaders and writers have pointed out, the colonial falsehood that Canada was initially, or is essentially, a place of “wilderness” (in other words, empty of people) “underl[ies] a lot of the issues going on today, specifically aboriginal title and rights, land claims, the land question.”[1]

This falsehood has been reproduced in nature writing (including nature poetry) and in forms of environmentalism that ignore or undermine Indigenous communities; bolster the conceptual and legal limits of the Canadian nation state; and prop up forms of resource extraction that proceed without the consent of Indigenous peoples, and in contravention of Indigenous legal orders.

In Better Nature, a book of poetry I wrote couple of years ago, I was interested (I still am) in how ostensibly progressive or countercultural poets like Walt Whitman traffic in the settler colonial tropes more often associated with the “fathers of the nation” (of whom perhaps we expect no better — and anyway their poetry is usually terrible).

In Better Nature, I used text from a little-known diary of Whitman’s, in which he burbles on about the birds and lakes and rocky shores and grassy verdure and handsome young fellows and girls he encounters during his rambles through rural Canada.

Other sections of the book were written using text from mass emails sent to me by environmental organizations. I was kind of amused and horrified by the rhetorical overlaps between the spam emails I’d gotten from fast fashion corporations, and the environmentalist emails I’d (more or less) signed up for. These emails had in common a certain relationship to time, or the lack thereof: Act now! Time is running out! There’s only hours left!

In the two years since the book came out, this speed problem’s only proliferated, with multiplying references (in mainstream / left environmental journalism) to climate change as a swiftly approaching apocalypse.[2] This is the result, no doubt, of our increased understanding of the danger we’re facing (we as in life on earth).

But in response to this rhetoric, a number of Indigenous writers and artists have observed that, for many Indigenous peoples, the world has already ended, and that end is in the process of being survived. In a recent interview, Kyle Powys Whyte cautions against the kinds of political “solutions” that can develop in a context of “settler apocalypticism.”[3] Since settler colonialism is (also) about “ecological domination,” work against climate injustice must repair “a breakdown in consent relationships” – “a society with high levels of consent […] [is] also a society that is able to achieve sustainable environmental outcomes.”[4]

Learn (more) about consent and practice it, send money, give your time:

[2] I don’t want to give examples, but they’re out there. 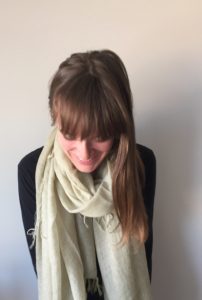 Fenn Stewart reads, writes, and teaches at UBC, on Musqueam territory. Her research has appeared in the journals CV2, ARIEL and Law, Culture, and the Humanities; poetry publications include Better Nature (Book*hug 2017), and chapbooks waltzing (2014), Vegetable Inventory (2013), and An OK Organ Man (2012).