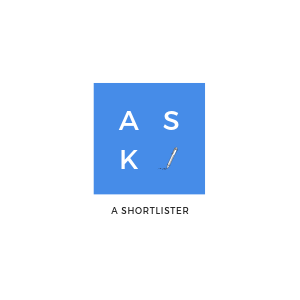 We asked the poets shortlisted for our 2019 Book Awards some questions about their writing lives, inspirations and -of course – poetry. Join us for our weekly series Ask a Shortlister until the winners are announced on June 8, 2019.

How did poetry become part of your life?

Tanis Franco: In Ontario elementary school we had to memorize In Flanders Fields maybe around age 8. The first poem I wrote had the same rhythm since that was all I knew. I also wrote a book of haiku then. Later I had several encouraging teachers, including a high school creative writing teacher, and Priscila Uppal during my BA.

Mikko Harvey: I think originally I was looking for a place where I could say what I was too shy to say in ordinary life. I was looking for a way to communicate that didn’t feel quite so terrifying and painful. Of course, it turns out that pretty much everybody finds communication painful and terrifying, and we all figure out ways to make it less so as we grow up, and pivoting inwards so sharply and obsessively towards poetry was probably an overreaction on my part. But by the time I understood this it was too late. And now I’m glad.

David Martin: When I was in university, I took a full-year introductory course on poetry, and, at the same time, I met a group of Calgary writers who were active poets themselves. I think it was this combination that really made poetry part of my life: studying poems closely in the classroom, but also discovering people for whom poetry was a living art. It was a very inspiring time and that’s when I started to write poetry with a more serious focus.

Jim Nason: My early childhood in Montreal provided a wonderful background for poetry.  There was a vibrant culture and the music of a language other than my own mother tongue. I also loved the big old churches – the melancholy tone of the sermon, the choir, people coughing or whispering in subdued light– I was fascinated by those gentle noises and silences, there was something otherworldly about them.  Later, as an undergraduate at York University, I discovered other queer poets like O’Hara and Ginsberg, I knew I’d come home.  In a fourth year poetry workshop Don Coles read Whitman’s Body Electric and I was blown away by its mix of sensuality and social/political clout. I also came to poetry through Blake.  My MA thesis at McGill was a focus on his work.

A few years passed where I was focused on establishing myself as a social worker and activist then, in 2000, my partner died of cancer.  As he was dying he made me promise to start writing again. I wrote The Fist of Remembering about him and workshopped the manuscript with John Ashbery. I think writing that book saved my life. At the very least, it provided a forum for me to talk about cancer and to express my grief.

Kim Trainor: It was a coup de foudre. I had been trying to write fiction in my 20s and early 30s, and not enjoying it much, and not being very good at it (but hey, Pasternak wrote Dr. Zhivago…you never know!). One day I came across a second-hand copy of Ted Hughes’ Birthday Letters, and as I read through the collection that evening, it occurred to me that I could write poems like that. Perhaps they had a bit more narrative than some lyric poetry, but saturated with vivid images—for example, the lost scissors Plath used to cut daffodils sinking deep into the earth like an anchor, a “cross of rust.” I had a sleepless night, and when I got up in the morning, there was an image in my head and the line for my first poem. I spent the morning writing. It was love.

Hear more from our 2019 Shortlisters here.