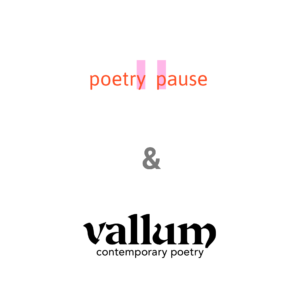 I want to take away my father’s grief.

I want to capture the moth of his guilt
that has crawled inside his ear
and whispers its dusty word,
the shudder of its wings
.             sibilant as shame.
I want to reach in and take it in my fist.

Go to sleep you dead.
Leave my father to his life.

Copyright © Pamela Porter. Winner of the 2010 Vallum Award for Poetry and originally published in Vallum (8:1 “Futures”).

Pamela Porter’s work has won more than a dozen provincial, national and international awards, including the Governor General’s Award for her novel in verse, The Crazy Man, and the Vallum Poem of the Year Prize. Her poetry been shortlisted for the Pat Lowther and Raymond Souster Awards, as well as the CBC/Canada Writes prize. Her tenth poetry collection, Likely Stories, is forthcoming this fall from Ronsdale Press. Pamela lives near Sidney, BC with her family and a menagerie of rescued horses, dogs, and cats.

Vallum: Contemporary Poetry is a Montreal-based literary magazine. Founded in 2000, the biannual magazine publishes poetry, art, reviews, essays, and interviews by writers and artists from around the world. Our magazine and contributors have won some of literature’s highest honours, including Pushcart Prizes, the Governor General’s Award, National Magazine Awards, and more.