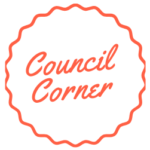 Currently President of the League of Canadian Poets, Sarah de Leeuw is a professor who holds a Canada Research Chair in Humanities and Health Inequities with the Northern Medical Program at UNBC, the Faculty of Medicine at UBC. Her scholarly and creative work focus on marginalized people and geographies, especially in Northern British Columbia. Editor of three textbooks and six books of poetry and creative non-fiction, her writing has received a Western Magazine Gold Award, two CBC Literary Awards, a Dorthey Livesay Award, and nominations for both the Rodrick Haig Brown Award and the Governor General’s Literary Prize for non-fiction. In 2017, de Leeuw was appointed to the Royal Society of Canada’s College of New Scholars, Artists and Scientists.

Think about Lite-Brite says the mit post-doctoral scientist.
How even if we can’t see it, there’s still light behind
.               the opaque, black paper.
Our galaxies are like the pegs punched through that paper.
Bright and easy to spot, taking up all the attention.
But there’s still light.
Behind the opaque, black paper.
So much light we can’t see, focusing just on the holes.
Which makes me think about glossy, thin-papered
.               entertainment magazines.
The ones in the grocery store.
With the stars who take up my attention.
When I’m buying tuna and a plastic box
of pre-washed spinach.
When I want to be thinking something profound.
Something poetic.
About my father who passed away.
About the snow touching warm car hoods in the parking lot
.               outside, disappearing.
About the hands of a man who carves stone in the arctic,
.               a documentary I saw.
But those galaxies are so easy to spot.
Being one of them. Obvious.
Oblivious to the light behind the black.

What does poetry mean to you?

Poetry means the world to me.

What is your favourite thing about the Canadian poetry community?

I love knowing there are poets in all corners of Canada. Young poets and spoken word poets, Indigenous poets and queer poets, feminist poets and poets who aren’t just white men. Poets writing about our country, poets who experiment, and poets who mentor each other. Poets who care for other poets and poets who bring poetry into schools or towns far away from urban hubs. Poets really are an under-celebrated literary foundation of Canada.

…there is ANYTHING I might be able to assist with.