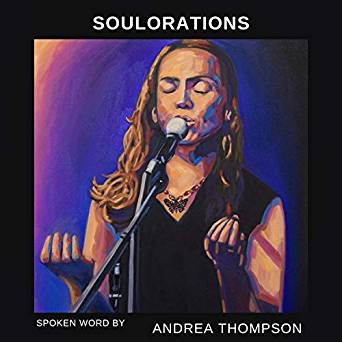 I wrote “A Selected History of Soul Speak” in response to a request by Valerie Mason-John and Kevan Anthony Cameron for a poem to be included in their anthology, The Great Black North (Frontenac Press, 2013). In approaching the poem, I saw spoken word in Canada as a kind of ocean – fed by many cultural and creative streams. The idea of writing a poem that encapsulated all these tributaries overwhelmed me, so I decided to focus on my own ancestral past and how Black literary history and culture has influenced contemporary spoken word – a connection that Lynn Crosbie encouraged me to explore when I studied with her while working on my MFA at the University of Guelph. I begin the poem with the slave songs of the American south, travel up through the influence of the Harlem Renaissance and the Black Arts movement and lead up to the hip hop and slam scene of spoken word today.

Listen to “A Selected History of Soul Speak” on Soundcloud

The poem was featured on an episode of the That Channel arts and culture show: The Artis with Ivy Reiss, where Ivy and I spend some time unpacking these cultural influences. “A Selected History of Soul Speak” is one of my favourite pieces from my new CD: Soulorations – with music composed by Evren Oz and backup vocals are by his wife, Courteney Brookes-Buxton. Evren really took his time with the piece – exploring some of the historical elements I mention, like the influence of Booker T. Washington on affording Blacks access to post-secondary education. I think the music he’s created is just phenomenal. I hope you enjoy it!

Andrea Thompson is the 2019 Sheri D. Wilson Golden Beret Award. Find out more about this award.