Toronto-native poet Norma Cole got me translating poetry. I wouldn’t have had the confidence on my own! I’d been improving my French for over a decade in Montreal when, in 1996, Norma emailed me from San Francisco asking me to co-translate some poems from French with her for an anthology of Sapphic literature across time that Terry Castle was editing,[1] so over the following months, lobbing emails back and forth, we translated pieces by Paul Verlaine, François de Maynard, and Pontus de Tyard. In 1997, Norma asked me to contribute a translation of a poem full of wordplay by French poet Sébastien Smirou for issue 16 (1997) of the amazing (gone since 2002) Vancouver journal Raddle Moon that she and Stacy Doris were editing (Susan Clark was the main force in Raddle Moon and constantly defied Canada Council strictures re: publishing non-Canadians to create a place of vital exchange). 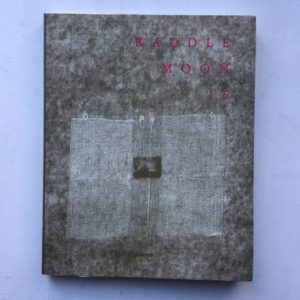 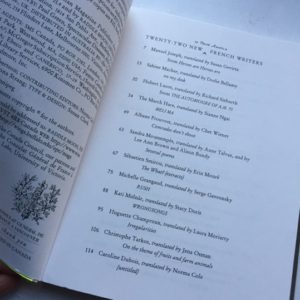 Scha-rob? no shrub we say

you with your blood me with my nerve (minerva)

our language is the same? but no     (Sébastien Smirou, tr. EM, an excerpt)

Norma’s encouragement kept me translating. I always loved reading poetry bilingually, and attempted to read what I could not —Lorca, Vallejo, Neruda, Ritsos, Pessoa, Lispector— for years. And what I could: Rimbaud, Verlaine! Baudelaire! Apollinaire! Even as a child in monocultural Calgary, I was aware of other languages; some of my schoolmates were children of refugees settled in Canada after WW2, and they were inflected by their family cultures. My maternal grandfather, a prewar immigrant, spoke 5 or 6 languages, so I knew of the East of Europe as cultivated and multilingual, and that excited me.

After Smirou, I did an excerpt of another poem of soundplay by French poet Christophe Tarkos, for a selected poems edited by Stacy Doris and Chet Wiener.[1] I’d seen Tarkos perform it in Cambridge UK, and had the sense of his body becoming the train of the poem. Later, with Robert Majzels, I translated 4 books of poetry by Nicole Brossard. You can find the rest in a list,  over  twenty years later, at erinmoure.strikingly.com!

I described in My Beloved Wager, my coming to the poetry of Galician poet Chus Pato, and how I learned Galician at the turn of the 21st century in order to translate her work. Unfortunately, because Canadian literary presses are dependent on Canada Council funding to make their poetry publishing viable, and can’t use funding to publish “foreigners,” I haven’t been able to fulfill my early dreams of bringing beloved works of poetry from the world into my own community.

I’ve had to find my conversations mostly in the USA and UK. Though one unfunded publisher, rob mclennan with above/ground chapbooks, has continually supported my translations. Thanks to rob, and to translating fundable poetry from Québec by Brossard, Louise Dupré, François Turcot, and soon Chantal Neveu, I haven’t altogether had to emigrate my work.

The choice of what to translate is a culturally and politically situated choice; it’s a shame we don’t have more poetry from the world chosen here and translated and published by Canadians. Our accent in English, and our outlook, are unique, and in translating, we not only welcome the world, but contribute back to world poetry! One day maybe… 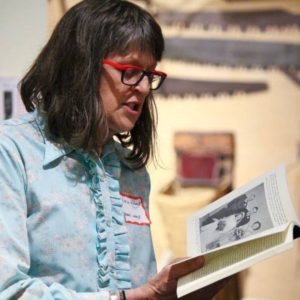 Montreal poet and translator from Galician, French, Spanish and Portuguese to English, Erín Moure has been working to ruin poetry and translation since 1979.
Moure holds an honorary doctorate (D.Lit.) from Brandon University in recognition of her contributions to poetry.

[1] The Literature of Lesbianism: A Historical Anthology from Ariosto to Stonewall (NY: Columbia U Press, 2003)