Man knows much more than he understands.

A butterfly without wings would be just a poor insect moving with difficulty. Its oversized, colored wings make all the difference. A butterfly soars, dances, kisses beautiful flowers, it enchants us and makes us wonder.  A doe batting its eyelashes over its innocent eyes embodies the purest poetry. Poetry is a precious gift, poetry is seduction, poetry can be a weapon and a hidden, secure refuge, it best expresses our fears, our joys, our revolt, our bitterness and our shouts of victory, the tremulous sound of a first “I love you”,  our most secret thoughts, and constitutes above all our gate toward infinity.   Many great poets had tried to capture the essence of poetry in a few words:

“Poetry is the ultimate expression of language, but it is also a source of knowledge and revelation. Poetry is a way of annihilating time, facing it and filling it with our fungible presences.  It is also a way to get where we weren’t planning to arrive – that place of epiphany and revelation that touches both authors and readers.” —Joseph Brodsky

I personally see Poetry as a divine gift, the surest connection between us and the Cosmic Consciousness, the surest way to understand Divinity from our humble perspective. It is a gift that God offers us in a moment of grace, a gift capable of lifting the human soul to other dimensions, to testify about something above our individual lives. The poet is always connected with the “deep imagination”, with the force that governs the Universe, with the spiritual dimension of existence.

To quote Frank O. Copley, “a poem is an organism, a creature; it talks to me, it talks to you, it talks to others. It may say different things to different people, and maybe to the poet who created it means something else. But a poem is read and appreciated for the truth it contains in its core. ”

The power of poetry lies in the fact that it seeks obstinately the truth, even though we are aware that truth cannot be preserved in an absolute manner and for eternity. That truth is something that is shared with others, evolving in time and space and cannot be mastered, enclosed in a cage. However, poetry will always seek the truth.

Being born and raised in communist Romania I realized early on that I won’t be able to live and write under the conditions imposed by such a dictatorship and I decided to leave the country. Despite the enormous difficulties in reaching this goal, I left Romania during the winter of 1974. Two years later, I started a new life in Canada after spending time as a stateless refugee in a Refugees’ Camp in Greece.  My first bilingual poetry collection 47 Poems was published in 1992 by Texas Tech University Press and it was the recipient of the prestigious Richard Wilbur Poetry in Translation Prize (ALTA 1990). Since then my work was published in various languages and countries, I participated in numerous International Poetry Encounters, including the International Writers’ and Artists’ Biannual Festival I organize myself in the artists’ village of Val-David, QC, being able to personally meet a good number of poets from all over the world. After all this wealth of poetic diversity I can state without fear of being mistaken that yes, there is a marvellous World of Poetry out there in which all countries big or small partake with amazing creativity and uniqueness. Or as the genial Argentinian poet Jorge Luis Borges rightfully said:

“I think, authenticity of one’s own voice, without tarnishing its originality, is the most important thing in poetry- let it be American, English, Indian, etc.”

To sum it up, I would like to present here a poem of mine that illustrates the path I took through my personal life experience in order to reach the mystery, to discover the connection that binds the personal individual experience with the general purpose, common to all people. Everyday life finds its space inside a universal plot, the singularity is found in the generality of experience, the uniqueness of the human being finds its correspondence in the community of the whole humanity.

I could have copied

The thousands of sentences,

I could nourish myself

On the sap of millions of flowers

In the Gardens of Eden.

But I want to inscribe

On the blank page granted me,

Whispers dreamed only by myself,

I want to be alone

In the blue shade of the stone;

With my bare soles to caress

The heads of saints, sleeping in prayer,

A sweet and gentle breeze,

Into my savage blood. 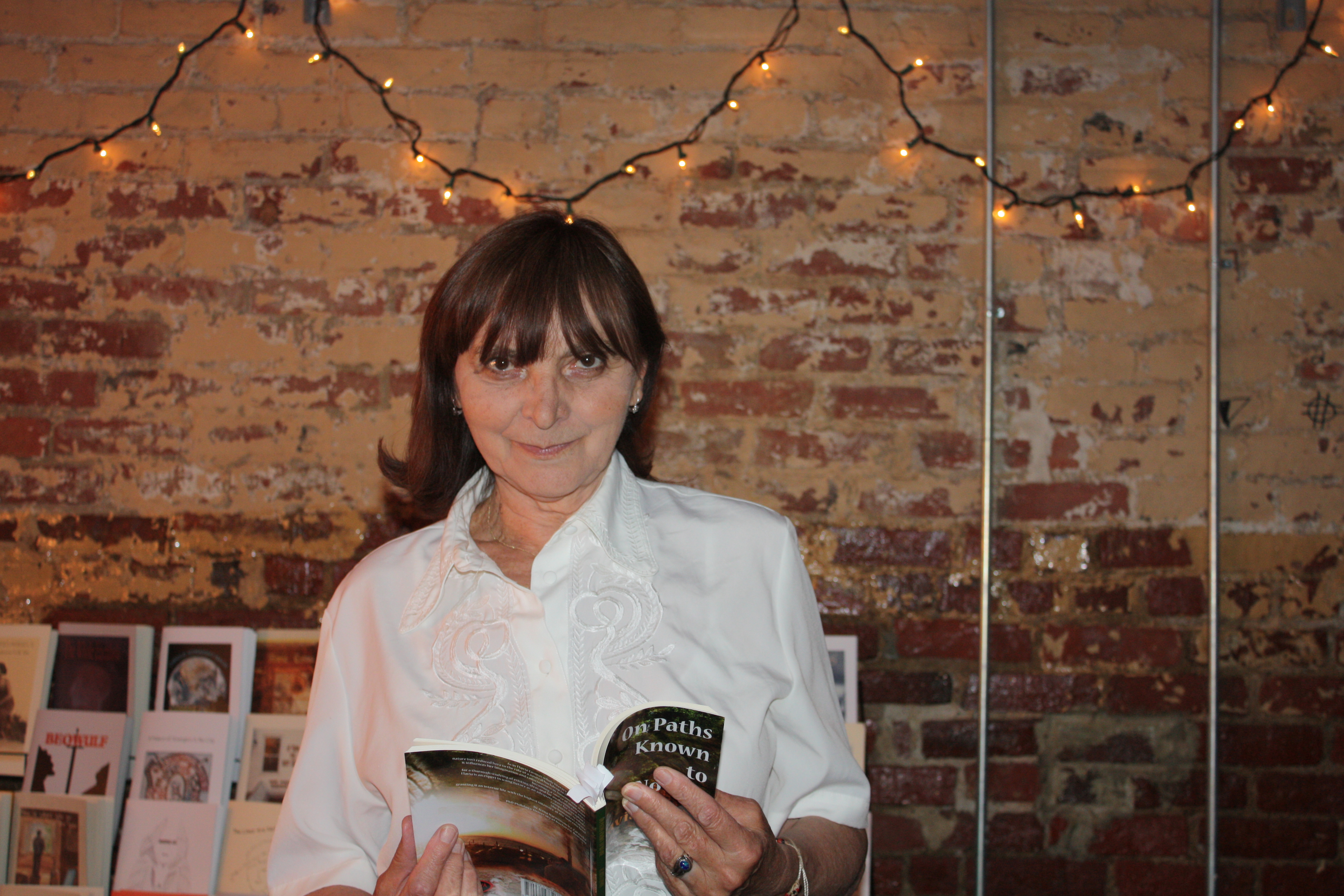 Flavia Cosma is a Romanian-born Canadian poet and translator with a Master’s in Electrical Engineering from the Polytechnic Institute of Bucharest. She was awarded the Richard Wilbur Poetry in Translation Prize for 47 Poems (Texas Tech University Press, 1992), third place in the John Dryden Translation Competition for In The Arms of The Father (Červená Barva Press, forthcoming 2020), and has been nominated three times for a Pushcart Prize. Cosma’s poetry book Leaves of a Diary was studied at the University of Toronto E. J. Pratt Canadian Literature during the school year 2007-2008 (Professor George Elliott Clarke). Her poetry book, Thus Spoke the Sea, was taught during the Spring 2014 semester by professor Alan Britt at Towson University, Baltimore, Maryland, USA. Her poetry book The Latin Quarter, was studied at Towson University, Baltimore, Maryland, USA during the school year 2016-2017— English 261 (Elements of Poetry) class, Professor Alan Britt). She is the international editor at Červená Barva Press and director of The Biannual Writers’ and Artists’ Festivals in Val-David, Quebec.