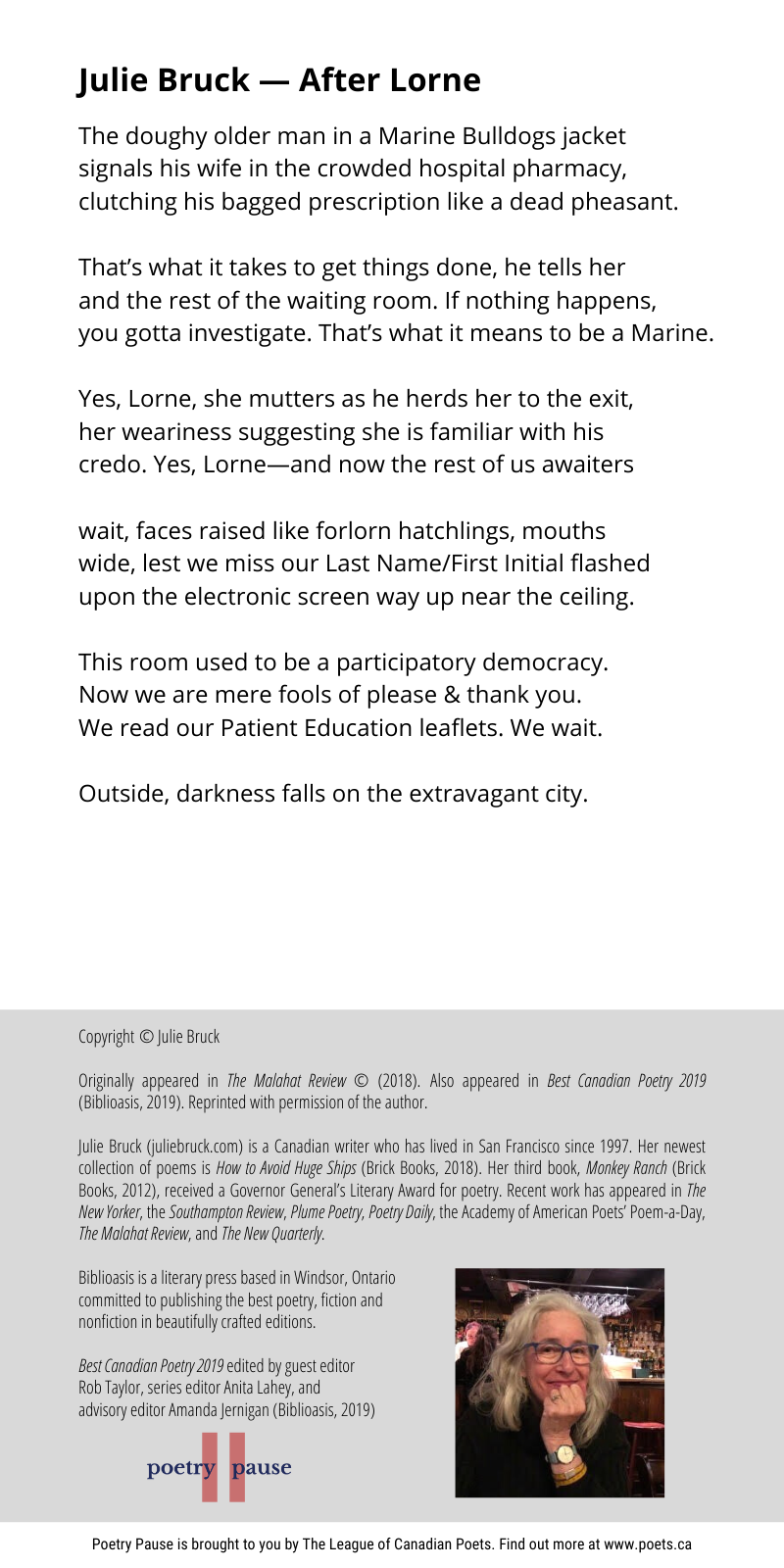 As of 2019, the series is being published by Biblioasis and currently thrives under the stewardship of series editor Anita Lahey and advisory editor Amanda Jernigan. Best Canadian Poetry ushers readers into the heart of the diverse Canadian poetry scene. The anthology is a must-read for anyone with a stake or interest in contemporary Canadian literature.