I am a full time writer. I am also single and child-free which makes being a full time writer, that much more fun. I mention this as a way to introduce my position as a global writer. I travel extensively for my career and I stay away from home for extended periods of time. In fact, over the last three years I’ve been “on the road” before moving back to my home territory, Six Nations of the Grand River in June 2019.

Within the three year road trip I took part in the Joy Kogawa House residency in Vancouver British Columbia, the Institute of American Indian Art in Santa Fe New Mexico Artist in Residence and served as the Writer in Residence at the University of Alberta in Treaty 6 territory. At this time, I gave up my apartment in Coast Salish territory (Victoria B.C.) where I lived as a guest for 24 years (1994 – 2018) and served as the Poet Laureate for three years (2012-2015) and put my thoroughly sifted-through belongings into storage. Prior to that, I sublet the apartment during my stay at the North House in Cambridge, Ontario for the Musagetes Writer in Residence term, and the University of Lethbridge Artist in Residence in Blairemore, Alberta directly after that.

Sound dreamy? It was in fact a very dreamy time for a writer who responds to territory, land and culture. And not a lonely existence in case you were wondering, when the opportunity to create relationship with land and place presents itself in each new location.

I am home now. A place where I can unpack the memories created and collected and stir experience as an ingredient into future writing that reflects broadened perspectives and parallel comparisons to more regional realities. The most “foreign” of my experiences was a three-week residency in a little town called Palomino; Arawak territory in La Guajira Colombia. Here, the artist/guests live in open air huts with banana leaf roots. We ate what the locals ate, we endured tropical heat daily without relief and I contracted a mosquito bite infection on my legs which sent me to the small two-room clinic. But man, was I inspired.

It was a sound residency held at the Shain Wüunu Experimental Art Centre and hosted by Alejandro Valbuena. I collected sounds and wrote poems about and for the lands, not as an appropriator of their culture but from my perspective as a guest and visitor. The poems were translated into Spanish and one was translated further into a more local dialect of the Arawak people. I documented the translation process which in itself was so poetic and so surreal in that, people from the small village, the language teachers and even the children wanted to help translate my words. That poem and the translation is included here. 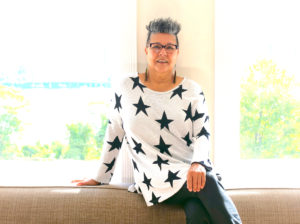 Janet Rogers is currently living, writing and will soon be publishing from her home on the Six Nations territory of the Grand River. Her seventh poetry collection is titled Ego of a Nation and will be released on the Ojistoh label in April 2020. She co-mentors the Indigenous Storytellers and Spoken Word residency at the Banff Centre for the Arts and is the current Writer in Residence under the joint hosting of McMaster University and the Hamilton Public Library 2020-2021.