Deeply disturbing hate crimes against Asians and Asian Canadians across Canada, both physical and verbal assaults, have risen sharply during the COVID-19 pandemic.

The Prime Minister of Canada and provincial and municipal leaders have all clearly stated that hate, violence, xenophobia, and discrimination have no place in our country. Yet 29 anti-Asian hate crimes are currently being investigated in Vancouver by local police, representing a more than seven-fold increase over the same period last year. Vancouver activists have received reports of over 120 racist incidents over a three week period. Incidents have included hate-filled rants, racial slurs, threats, and intimidation, as well as spitting and coughing on victims and violent physical assaults in public settings. Other cities in Canada have reported similar incidents, including Edmonton, Toronto, Montreal, and Halifax.

The Asian Canadian Writers’ Workshop (ACWW) stands in solidarity with the Asian American Writers’ Workshop (AAWW) and PEN America in condemning the scourge of such hate crimes. A virus has no borders or nationality. As writers, we have been disturbed to see this kind of hatred and discrimination aimed directly at members of our profession. Initiatives such as Project 1907 and Hollaback! Bystander Intervention training are just two recent examples of what communities are doing to actively counter intolerance through education and training. It is essential that we all continue to work together during this time of crisis to ensure that justice, equality and inclusion prevail. Now is not the time to wait, but to act.

“Another year? Which year should we choose for our healing?”
– Joy Kogawa, “Obasan” 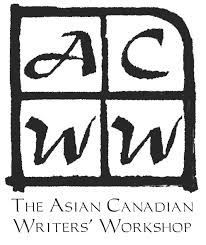 Read the PDF Version of this statement: Solidarity_Against_Hate