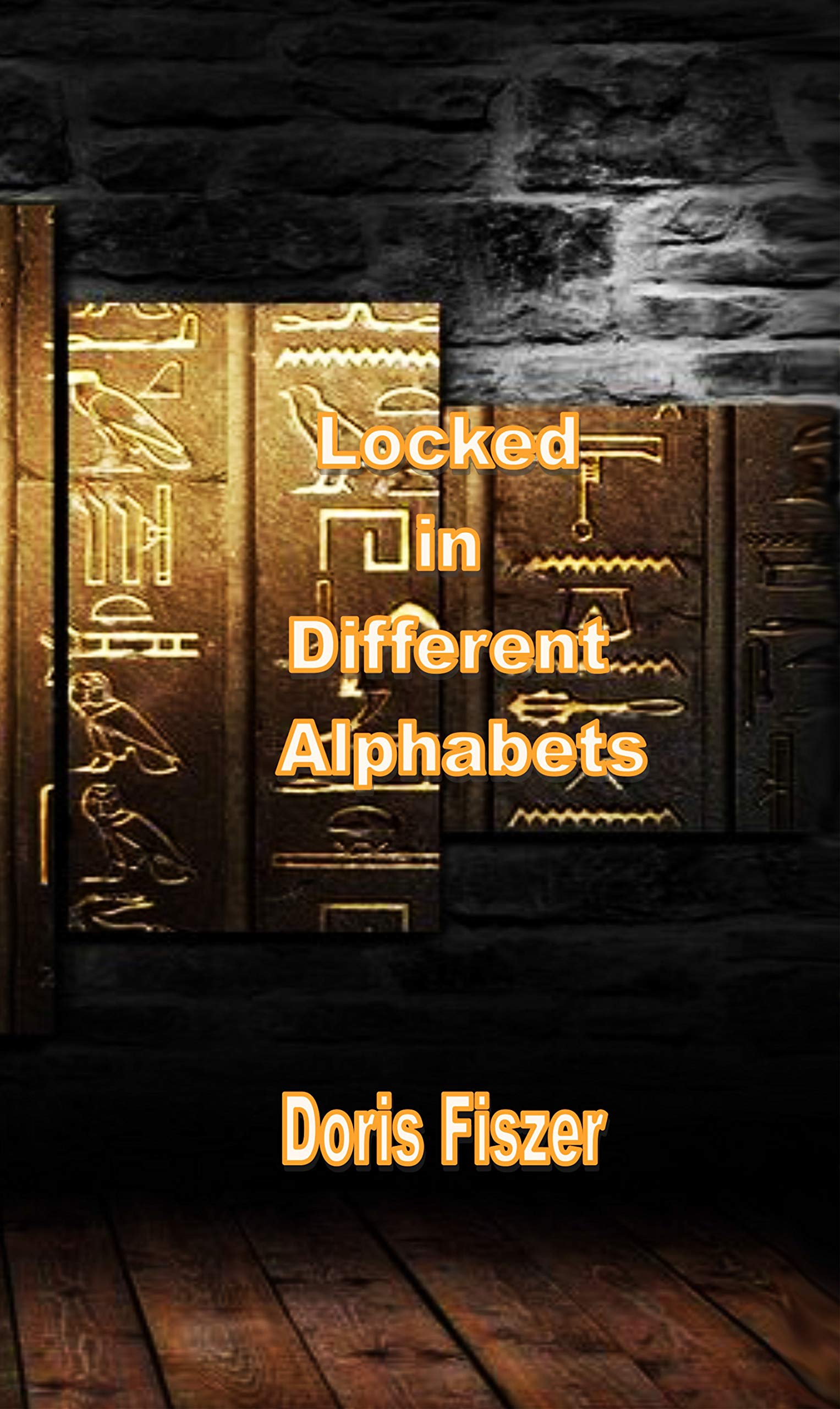 Books of poetry that combine family history with autobiography have been appearing often enough in recent years to form a notable sub-genre. Locked in Different Alphabets is an excellent instance of such “memoir poetry.” The poems speak with a distinctive voice (or ensemble of voices), beyond being merely generic. And rather than too closely following well-worn paths across all-too-familiar terrain, this book reveals its characters’ personalities and recounts their struggles and traumas in ways that bespeak their, and the poet’s, uniqueness.

Three sections, each using somewhat different methodology, tell of the lives and deaths of the poet’s brother, father, and mother, also showing the indelible marks they left on the poet, for good or for ill: “trapped in the smell/ I will always associate/ with that day” and “my hands still shake/ when I strike a match.” But the impact reaches even further: “She is as near as the horned owl/ perched in the pine tree.” One by one, the three principal figures are foregrounded, while the other family members interact with them, both when present and in memory. Most of the poems involve a single, decisively revealing incident or scene, usually fraught with conflict that is liable to scar. For the most part, the manner of presentation is stark, plain-spoken and free of embellishments that might soften a stanza’s delivery.

The dead keep coming back―

in the turn of a phrase,

the certain way a head bends.

However, the poet turns out to be equally capable of imaginative leaps and evocations of the realm of dreams, especially in the third section and with the book’s penultimate, surprisingly phantasmagoric poem, “Snapshot 3.”

In all three sections, variations in the forms of the poems prevent stylistic monotony. In less careful hands, a generally no-frills approach could allow a flattening-out into prose, but this poet’s terse, unadorned diction (“I never had the chance/ to hold you before you died”) can shade into phrasing that is subtly and stoutly “poetic.” In that way, the right balance is struck for handling her very personal, emotionally-charged subjects. The result, both immediate and cumulative, is consistently involving and moving: “Your words blunt knives/ with a silence of uncertainty and imprecision/ not stabbing but leaving a mark”. A lamenting of the difficulty of communication and lost opportunities for it runs through the book, and the poet is constantly sliding out of the immediate situation into memory, or dream, whether fearfully or yearningly, as she seeks to understand and connect.

The section about the brother begins with relatively straightforward testimony to his troubled, at times uncontrollably violent behaviour in boyhood and youth. He torments his sister again and again, to traumatic effect. Thus, “After the time George set/ the kitchen curtains ablaze” she is afraid to be alone with him; while after a tickling incident in another poem, “I still have dreams about it.// I feel as though I’m cornered/ in a pitch-dark cave./ A shadowy form presses,/ presses against me.” The section’s later poems abruptly shift to the adult George’s affliction with ALS, which reduces him from fearful to pitiable. Within five months, in “Voiceless 2,” he cannot move, only blink.

The middle section, “My Father Andrzej,” is twice as long as the other two, and even though much of it dwells at length on his confinement in a nursing home, I found the entire sequence to be compellingly readable and touching. The father, who as a young man was forced by the Nazis to labour in a rocket plant, is cantankerous, “proud of being unreasonable,” and cannot show appreciation or affection to the daughter who patiently tends to him on her visits, and who, “despite everything”, can “still love him.” Accordingly, the relationship is portrayed with both empathy and candor:

You have always pointed out my flaws

rather than praising me.

The list of all the things I do wrong

rings in my head.

Yet I’m told that you always ask others

that’s her picture on the wall.

The daughter had to contend with the antique clocks, historic documents and other collected artifacts her father was unwilling to let go of, along with difficulties with his wheelchair and in feeding him. She “fell in with the rhythm of your dying”, but afterward can still assert, “My heart carries you.”

Although it was also difficult for mother and daughter to show each other much ordinary affection, the third section reveals a deeper love that underlay their relationship; and the mother, who did not outlive her son, is sorely missed. The daughter often feels her to be present and dreams of her. In a distinctly different approach from the other sections, the poems here enter into the mother’s harrowing experiences when her girlhood ended with the invasion of Poland and the Nazi atrocities in Warsaw. The mother’s own voice speaks razor-sharp memories: “After the bomb blast/ I searched for traces of my father/ found one leather glove/ smoldering.” Coming to understand how “Grief shadowed them// from room to room”, the poet gains a more complete picture of this concentration camp survivor, a worrier and inclined to be fearful – beyond what was possible when she was alive. A few happy interludes are recalled, such as a wild mushroom-picking adventure (“Foraging”); and the knowledge that her mother did appreciate and love her is treasured. The poet’s grandmother (“Babcia”) is also fondly and vividly portrayed. Readers might wish this section to be somewhat longer, perhaps with more about the sunnier side of things, and yet the intensity of poem after poem evokes a powerful enlargement.

The book ends in a mood of solace with the serene meditative poem “Zen Garden.” Alert readers will have noticed earlier, though, that motifs of flowers and birds have been a recurrent indicator of possibilities of beauty and refuge, despite the insistence of “our deaf world/ repeating what/ it doesn’t want to hear.” Another potent leitmotif is the touch and warmth of hands. As well, besides the telling details and phrases of dialogue of a kind found in well-written fiction, Fiszer has an admirable penchant for “objective correlatives.” Objects and images emerge from the plain narration to resonate beyond the merely scenic with no need to become heavy symbols: “dresses, price tags still attached/ hung like war-starved ghosts/ in Mother’s closet.” A more unusual device which I don’t recall seeing elsewhere is the placement at the end of some poems of two or three succinct lines that, in a similar way to the haiku at the ends of Japanese or North American haibun, serve to clinch the preceding paragraph. Examples: “trapped bird/ another attempt/ to take wing” and – the last lines in the book – “A sugar-swollen monarch/ will shiver its way to warmth.”

As I have meant to imply, Locked in Different Alphabets is a courageous writing endeavour, in which the author, much like her parents, takes on the roles, all at once, of a witness, a victim and a survivor. The book holds its own among other accounts by authors of Fiszer’s generation who have memorialized their parents’ horrific early lives and their aftermaths while forthrightly exposing the effects on themselves. The effect of this book, then, though to a great degree sombre and troubling, is ultimately, when one reaches the end, consoling and an affirmation.