I contemplated abandoning the topic of resilience within five minutes of research. The adverbs I found in every dictionary definition grated on my psyche: “to recover from a crisis quickly, “to return to pre-crisis state quickly,” “to adjust to misfortune or change easily.” Doesn’t sound like me. 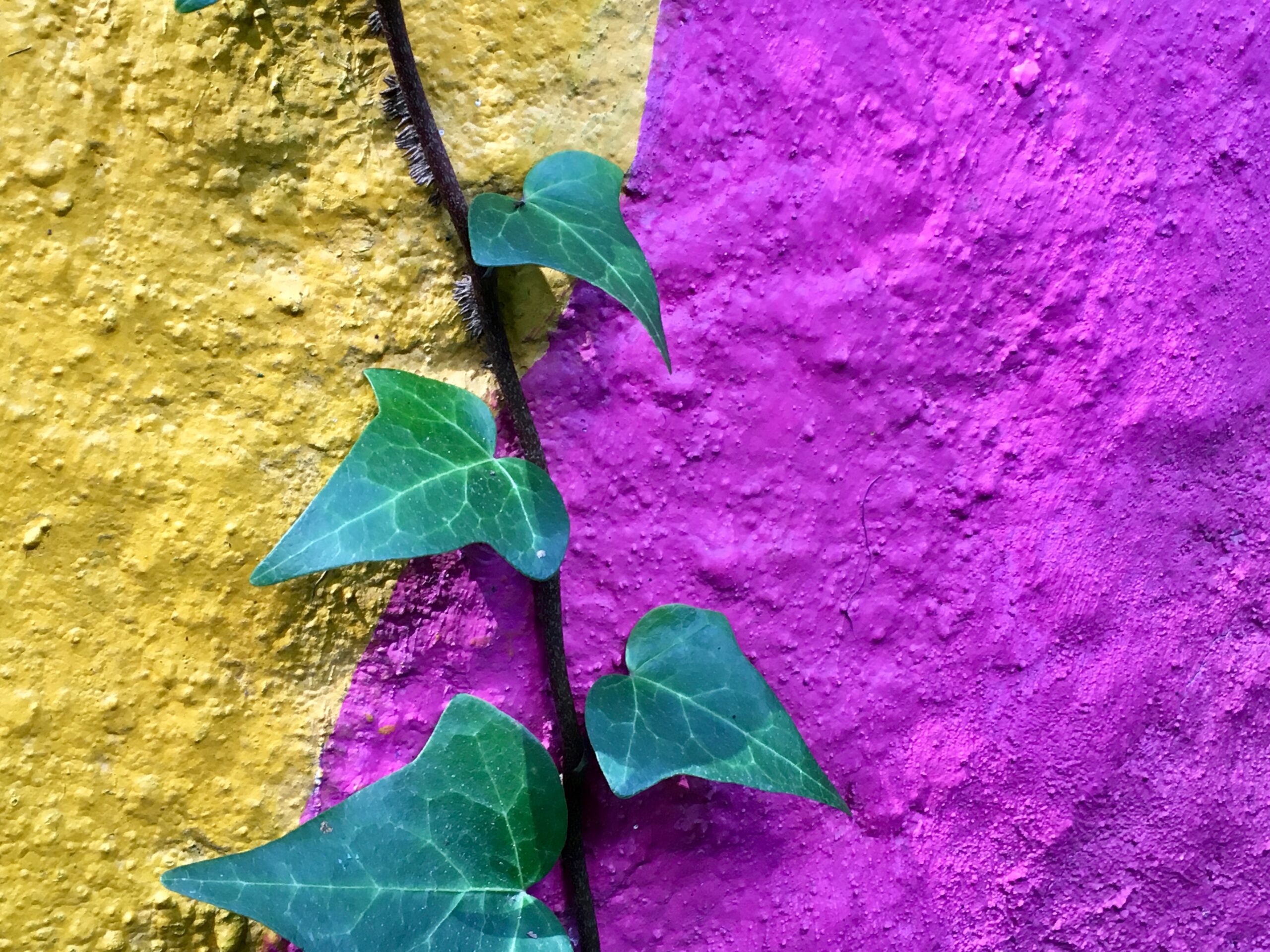 Other definitions made resilience into some kind of rewind button. The Cambridge dictionary calls resilience “the ability of a substance to return to its usual shape after being bent, stretched, or pressed.” Definitely doesn’t sound like me.

In the 1970s, when Emmy Werner studied the children of alcoholic and mentally ill parents in Kauai, she found that two-thirds of them exhibited what she called “destructive behaviours.” These included drug addiction, unemployment, and “out of wedlock births” (God forbid women perform such dangerous rites as childbirth without a stamp of approval from the state). The rest, she dubbed resilient. I wouldn’t have made Emmy’s list.

The worst were definitions of psychological resilience as staying calm during a crisis. That not only didn’t sound like me, it also sounded like a lie. The only crisis during which I’d stayed calm, I shouldn’t have. I should have punched him in the face, pushed him off me, and ran for the hills.

I was left wondering what kind of poet could write about this stoic, thick-skinned, stress-free resilience. Do these poets even exist? Don’t we cut ourselves open and use words to drain the poison? Doesn’t the poison need to enter us in the first place?

The idea that strong people don’t struggle or feel overwhelming emotions is everywhere. It’s in philosophy. It’s in spirituality. It’s all over psychology. It’s in the way politicians discredit the self-governance capacity of oppressed communities coming forward about injustice. This anti-emotion rhetoric was starting to sound familiar. It was starting to sound a lot like home.

Back in the USSR 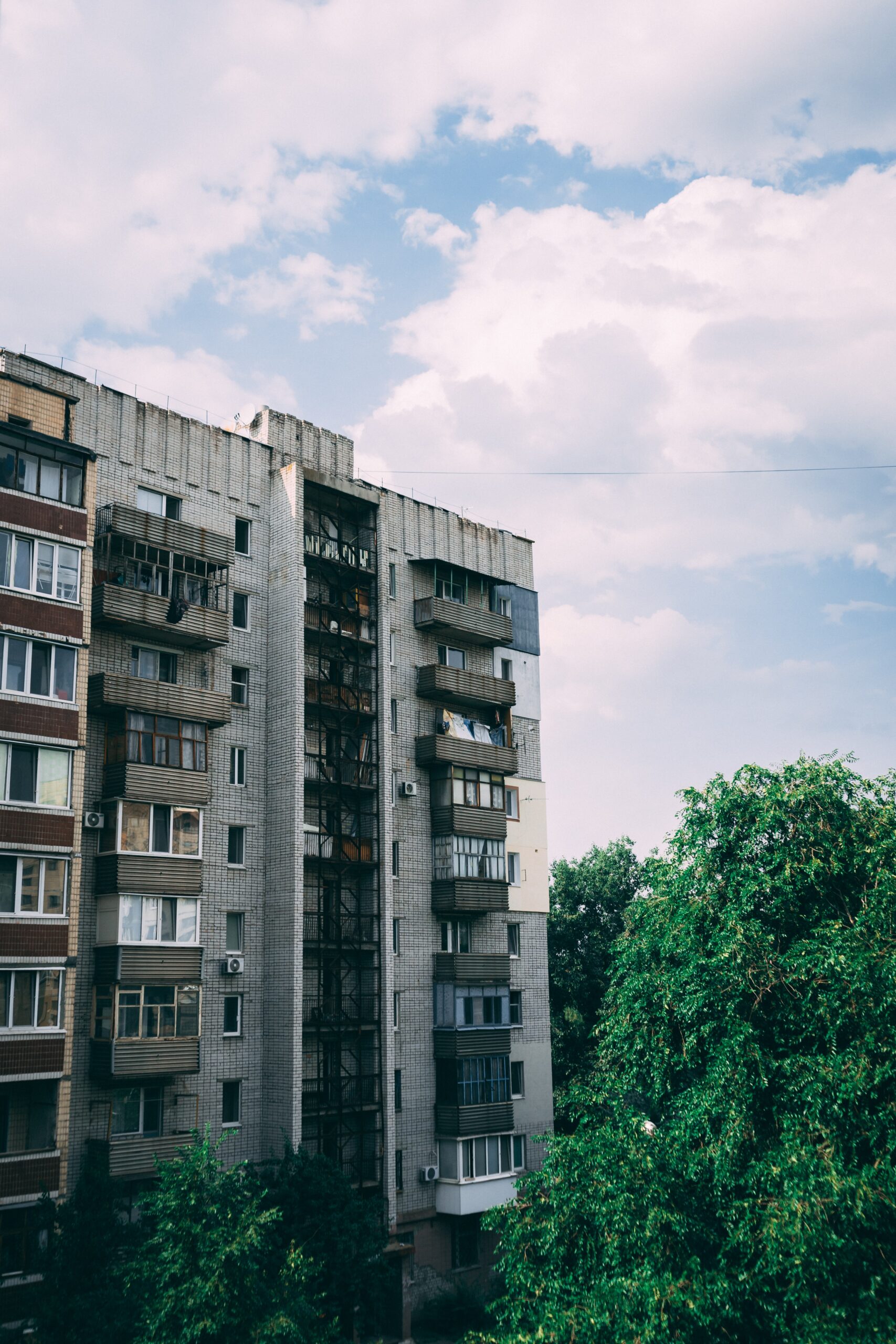 I learned to throw a punch when I was four years old. My dad and I stood facing the tiny balcony of our one-room apartment in Donetsk, my fist whizzing through the air, him saying, “Do it again. Again.” Rewind twenty minutes, and I burst through the door crying because some girl stole my cookies. I don’t remember the girl, the cookies, or the tears. I remember my dad’s voice telling me to stop crying, to be strong.

The whole “don’t cry, be strong” mantra was woven into the former Soviet Union long before anyone heard of communism. I come from a lineage of peasants and indigenous people in Eastern and Northern Eurasia. People who shared one tiny hut for a family of twenty, made jam out of pinecones, and plowed the fields with their bare hands from dusk till dawn. People who laboured on the communal farms, burned their sinuses in the chemical factories, and blistered their fingers laying railroad tracks. There was no time to cry.

When people ask me why I started writing, my answer is “survival.” I had no other outlet for my inner turmoil. The page was my safe space. I could feel as furious or tortured as I felt, and the page was never going to tell me to calm down or shut up.

No one recognized my capacity as a writer until high school. Even then, my emotional topography was an alien place. In grade 9, my drama classmates put on a play I wrote. The script was about a teenage girl whose actress mother gets roles by letting her movie producer boyfriend sleep with her daughter. In the end, the daughter shoots them both in the head. Watching the final performance, I remember feeling disappointed. Where were all the raw emotions I’d experienced writing it? I was surprised that my fellow 14-year-olds couldn’t understand the murderous rage of the victim of multiple sexual assaults orchestrated by her own flesh and blood. But I never stopped to ask myself: why on Earth could I understand it?

In an interview with Entertainment Weekly, Rupi Kaur said, “I’m empathetic to a fault, and I’ve been that way since I was young. It’s why I’ve always used art, since the age of 5, to funnel my emotions… When someone tells me something terrible that’s happened to them, I will begin crying in the first minute because it’s so intense that I internalize it.”

My family as much as the world around me continued to insist that my most consistent trait—my sensitivity—was also my biggest flaw. In the end, it’s no wonder I turned out this way. The universe strives for balance. How could I have been anything else?

When the Artist Stops

It’s no secret that artists tend to be emotional. It’s also no secret that creativity can help us process our emotions. What doesn’t get enough attention is the idea that sensitivity is a gift and that art is a way of receiving that gift. Even if a person is dysfunctional in every other way, they create art despite their self-destructiveness and not because of it. 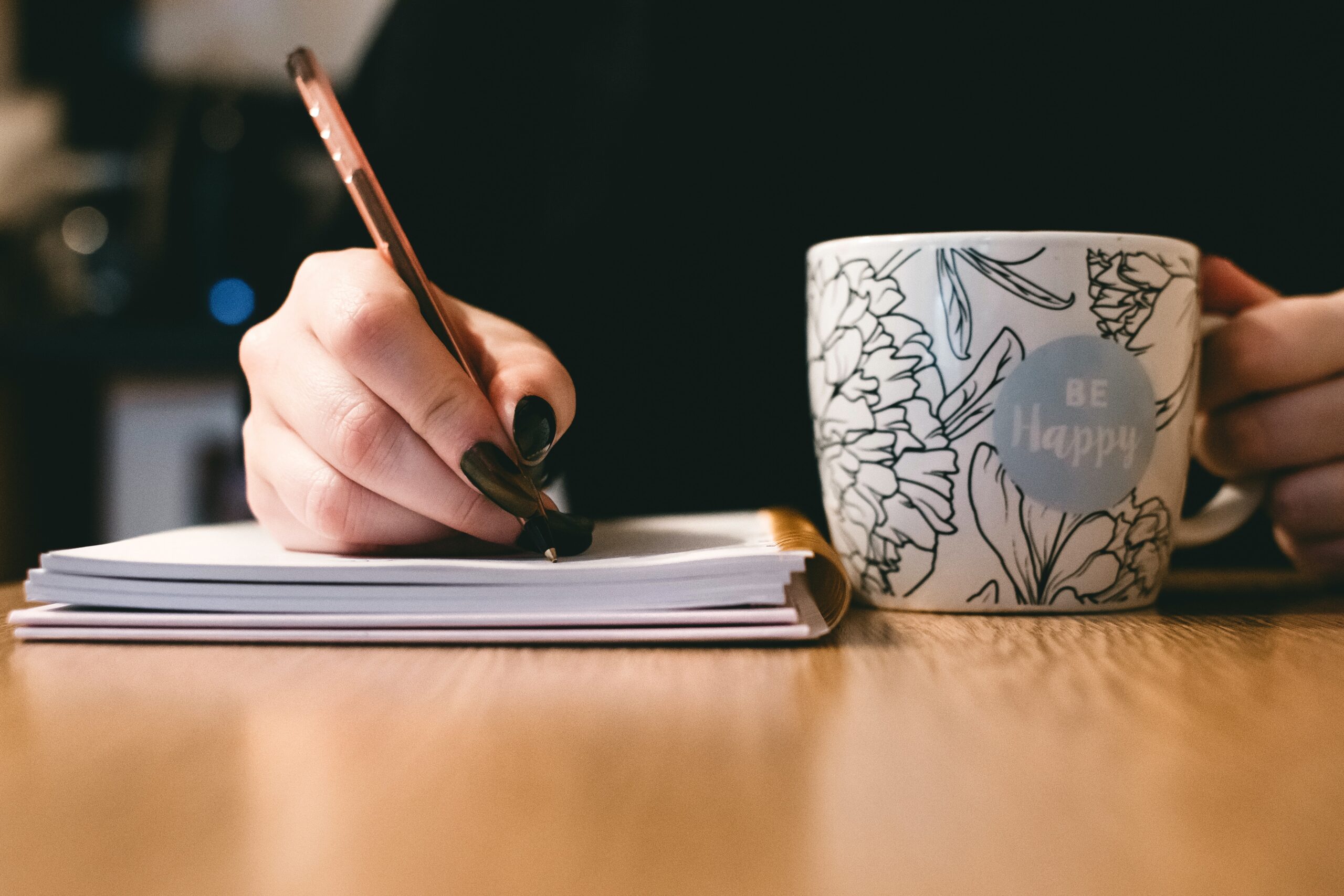 In my early twenties, I suffered what I later conceptualized as a mental breakdown. A combination of insomnia, anxiety, and drug use triggered adrenal exhaustion and hallucinations. I walked to a ledge and almost jumped.

I was erupting with trauma, trying to process it. I wrote dozens of songs, hundreds of poems, and notebooks of feelings. But art wasn’t enough. After an isolating battle with suicidal ideation, I realized something had to change. So I turned my life upside down. I quit drugs, alcohol, and cigarettes. I stripped the dye out of my hair, took my piercings out, and stopped wearing makeup. I also stopped writing poetry and playing music.

Over the next few years, I became what I called happy. I stopped hating myself quite so much. I found a way to exist with my natural brain chemicals without struggling to exist every day. But something was off. I’d locked up all the parts of me I considered poisonous. And since poetry had been my way to deal with pain, I assumed the poems were parts of the problem. Worst of all, I fell into a relationship with someone who feared my nature as much as I did. We locked me up together.

Somewhere around the 7-year mark in that relationship, poetry remerged. It was uncomfortable. I began to pine for my first lover, resent my partner, and ruminate on past violations.

Poetry had all the markings of the devil tempting a recovered girl back to the dark side. When I stopped suppressing that which I called unacceptable, it tore through me like a tiger fresh out of the cage. It told me to seek free will. Then, it told me to sit down and write.

What came out humiliated and shocked me. Some days, I would look at myself and think: I’ve lost it. My mind, my progress—gone. It wasn’t until I started sharing my poems that I saw the beauty in it all. I have the capacity to feel so much pain. But I also have the ability to express that pain. And with that, I am able to help those who have never been able to find the words.

The Gift of Too Much

Before I was a writer, I was a student of behavioural psychology. I learned to identify problem behaviours and their functions and replace them. I’ve often considered my education in applied behaviour analysis to be a waste. But now I see how behaviourism taught me to seek for the reason—the function—of what is called dysfunctional.

When my psychology friends tell me about clients who are difficult to manage because they are delusional, I always ask if anyone has encouraged these people to write. A vivid imagination is a gift. If someone is misusing it, that’s a tragedy. But when society ignores (or destroys) that gift, that’s an even bigger tragedy.

Our mental health interventions aim to create “functional individuals.” But what is functional? Interrupting our natural sleep cycle with an invasive noise, consuming liquid legal stimulants, spending an hour in a metal box surrounded by other metal boxes on a hunk of concrete—is that functional? Following orders by an authority we would never follow if it wasn’t for how our obedience earns us little pieces of paper we trade for feelings of false security—is that functional? Maybe functional is the word. A cog has a function inside a machine. Oil it up and it plays its part. I’ve never been able to do that.

The role of the artist in society is to interrupt mechanistic patterns. The artists’ goal is not to function in a broken system. Our function is to disrupt it. 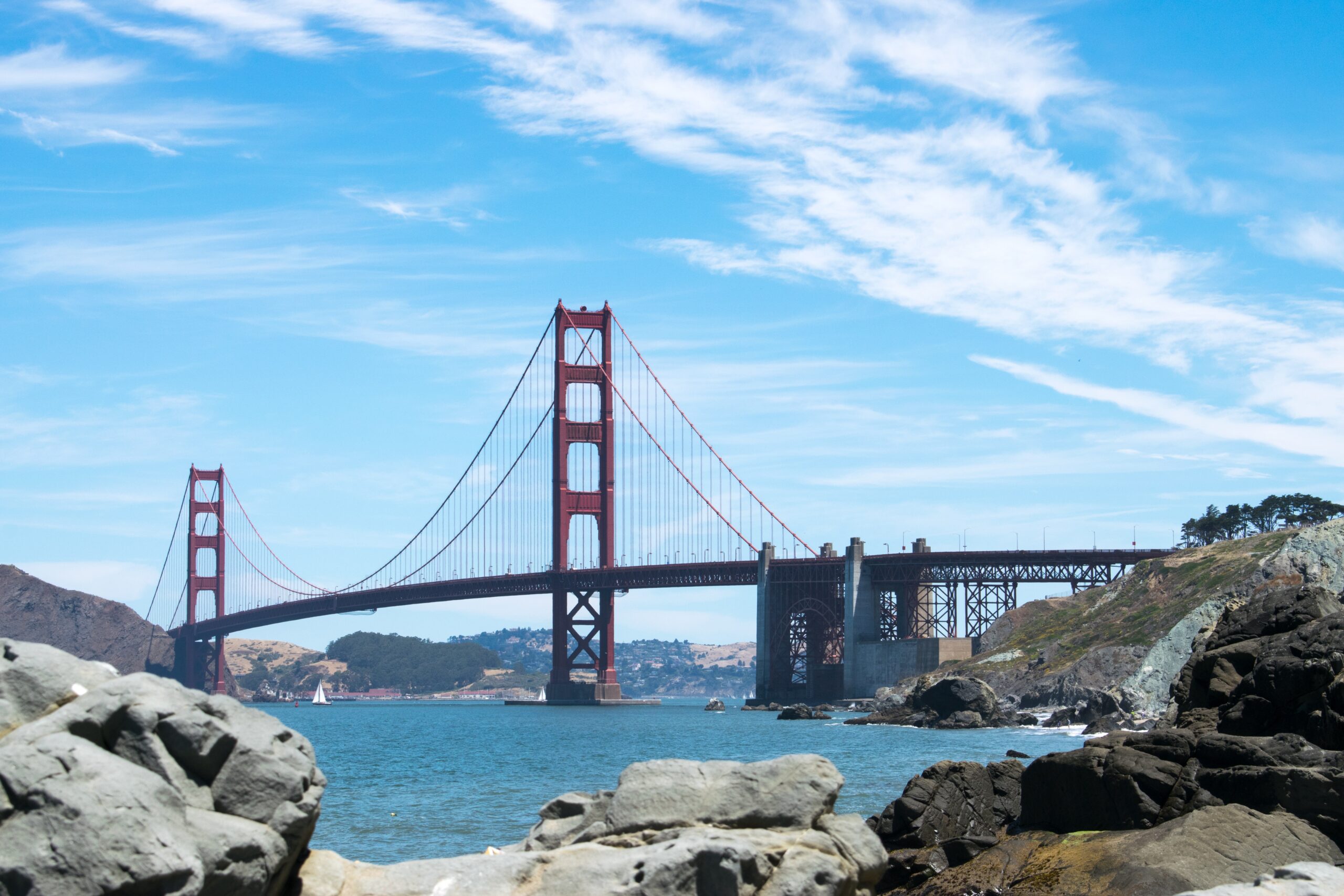 When I was in high school, I obsessively consumed anything I could about 1969 San Francisco. Everything from the protest culture to the anti-establishment music felt like home to me. I thought I’d been born in the wrong era. Then, 2020 hit.

As we continue to address imbalances in our social and personal systems, let’s stop equating resilience with emotional detachment. Rage is a normal reaction to oppression. Anguish is a normal reaction to isolation. We feel. We struggle. We evolve. This is the beauty of the human spirit: we are paradoxical, multi-layered creatures. We can look like a mess while cleaning up.

If we can put the creation of a new norm above our assumptions of how that creation process should look, we can allow space for the renaissance that is already under way.

It is under way. Even the conversation about resilience has begun to shift. Dr. Rachel Yehuda, for example, believes that PTSD can coincide with resilience. She says, “never developing symptoms to adversity is not the same thing at all as having symptoms and bouncing back… To me, resilience involves an active decision, like sobriety, that must be frequently reconfirmed. That decision is to keep moving forward.”

These days, adversity is in the air. Everyone keeps wondering when we’ll return to normal, but whatever we considered normal is long gone. We are on a trajectory of change. We are rebounding. We won’t return to our original shape. We won’t do it calmly or quickly or easily. But we will move forward. And that, at the end of the day, is what resilience is all about.

Vironika Wilde is a poet, activist, immigrant, tree hugger, and cat fanatic. In 2020, she released her debut poetry book, Love and Gaslight, and spoken word album, Too Much For You. She loves getting lost, looking at the stars, dancing, and eating pickles (sometimes, all at once).