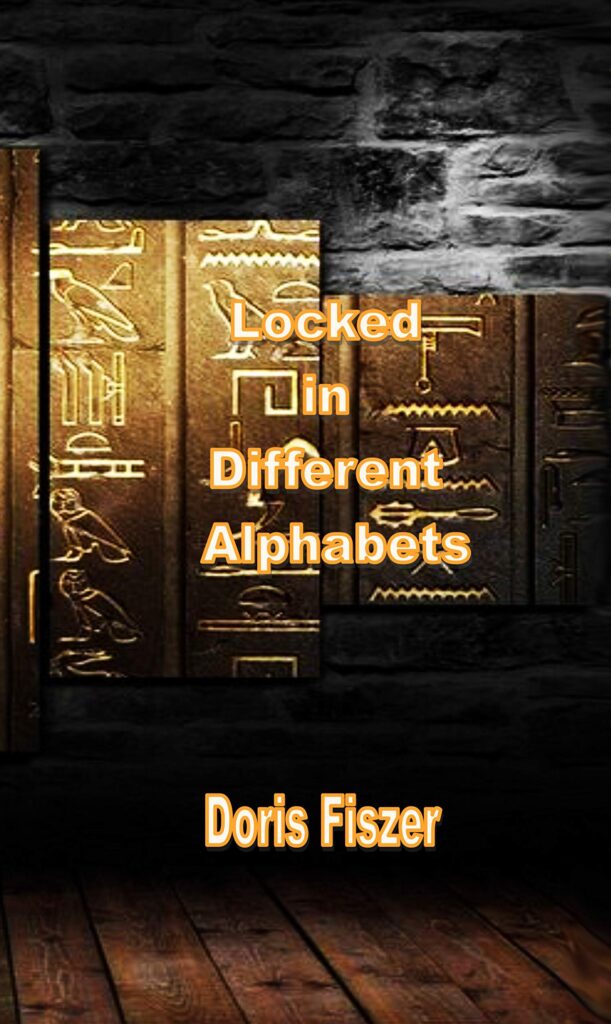 I’ve had the privilege of seeing some of these poems as they developed since Fiszer and I overlapped for a time in the same writing group. I’ve read some iterations of the poems in her chapbooks The Binders (Tree Press, 2016) and Sasanka (Wild Flower) (Bywords, 2018).

It’s a different effect to read the poems of her parents and childhood collected up.  This book adds a chapter on her brother and expands on the poems of her father’s decline, decline like an injured lion swatting.  Chapbooks have a focus that amount to pinhole looks. A book has more dimension of horizon. It gives a more satisfying read to go in depth and breadth.

Locked in Different Alphabets has been short listed for the Lampman Award for best poetry book of the year in the National Capital Region. I’m not surprised. The poems are moving. I interviewed her for Literary Landscapes CKCU after she won the Tree chapbook contest and she impressed me with her commitment to sharing her parents story, a story.

The downside of the book is the design. The interior is a clear legible font but on thin paper. I’d like to see it on heavier linen paper suitable for the quality of the words. The back cover is illegible from font choice and contrast with the background image. The front cover is a little more legible. The page numbers are larger than body text suggesting they are more important than the text. The poems crowd the gutter. That is minor and not enough to distract from the words and alert, articulate framing of moments.

The section of interactions with her father with dementia particularly hit hard, being in that stage of life relative to parents myself recently. It stands up well with compassion, comparable to Crossing arcs: alzheimer’s, my mother and me by Susan McMaster (Black Moss Press, 2009). “Our Single” (p. 42) has something of the tenderness of “My Papa’s Waltz” by Theodore Roethke as the author remembers past the lousy times to that moment of singing together. It recognizes, like many of the poems do, that there is breaking off of family relations and conflicts, but among that turmoil and silence, there are happy times and moments. Those remembered after everything went wrong is a sort of reconciliation and truth bearing.

A family is rarely uniform. The complexity of relationships are not made simpler than they need to be. The brother that attempted rape, is not exiled but taken care of when his health turns with ALS. Neither good nor bad cancel out each other. Both exist and the poems testify to that. She doesn’t shy away from the painful, nor the joyful. The ending (spoiler alert) fits perfectly with the perspective of resilience, coping with whatever comes. p. 101

will shiver its way to warmth.”

Locked in Different Alphabets is a moving collection, and affecting and inspiring. I wish I had moved with such grace with my aging parents instead of being short-tempered and shell-shocked.

We sometimes forget as children the whole lives our parents had before we arrived, in the case of her parents, concentration camp. Although the past is over it affects future generations, whether through ownership of family history, family and interpersonal dynamics or epigenetic switches.  What this book nimbly illustrates is how the past and present intercut. She is dextrous in interleaving her memories and her fathers so the two stand as testimonies. For example in “Useful” p. 51 while caring for him in an old age home, she recounts her father describing Nazi camps which he navigated to survive,

the guard asked me

why I said I was a barber

so I wouldn’t be killed

made myself become his friend

The past is close to the surface and salient even when silent. On top of all the traumas lived, there comes dementia as a further cruel twist. Memory lapses, moodiness make caregiving a challenge on top of this preface to mourning. It is a hard thing to absorb and amazing to express so faithfully and accurately and acutely painfully in poetry.

the list of all the things I do wrong

rings in my head

Yet, I’m told you always ask others

that’s her picture on the wall

Yes, my mother was the same. Thank goodness for secondhand accounts to counterbalance that pride with what a parent says in person. The time of life is not without its humour, even if sometimes stemming from awkwardness. You should read in entirely, when you buy the book, which you will of course, “A Reasonable Request” p. 67 where father is eyeing to upgrade his suite once the other resident knocks off.

Surely, there’s no need to tell the truth slant, unless you’re not permitted to speak. In this era perhaps we can get more women speaking of the role of caregiver of parents and replacement matriarch to head the family when the grandmother dies. There are stories that are humorous and touching and worth telling.

Doris Fiszer is an Ottawa poet. Her poems have appeared in a variety of publications and anthologies including Bywords Quarterly Journal, bywords.ca, Motherhood in Precarious Times, Demeter Press, PoetrySuperHighway.com and upcoming in Tamaracks: Canadian Poetry for the 21st century (Lummox Press). Her chapbook, The Binders, was the 2016 winner of Tree Press’s chapbook contest. Her chapbook, The Binders was also shortlisted for the 2017 bpNichol Chapbook Award. “Zen Garden,” was the 2017 winner of the John Newlove Poetry Award.