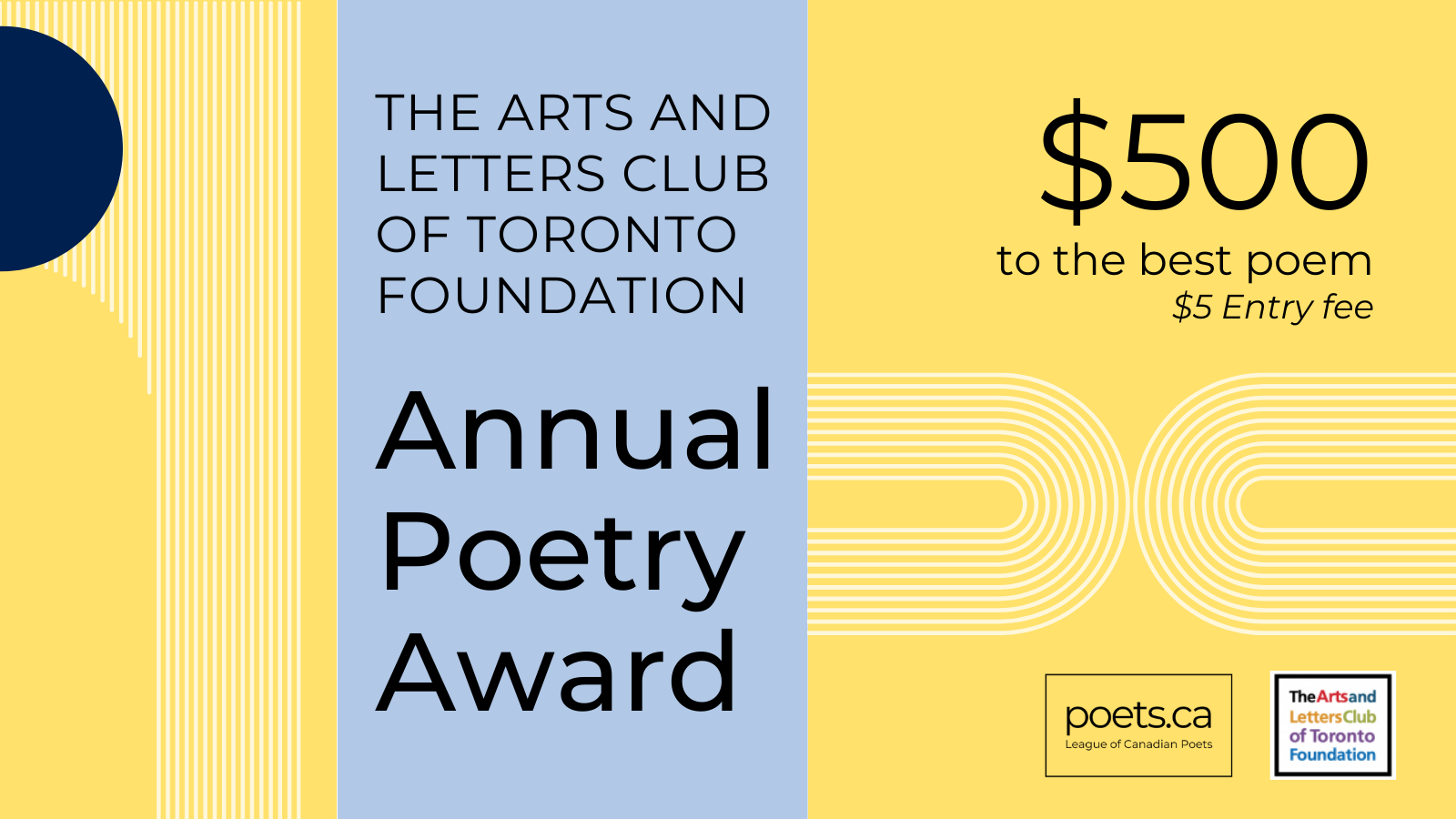 A $500 prize, sponsored by the Arts and Letters Club of Toronto Foundation, to the best single poem by a poet in the early stages of their career.

“To advance education by providing scholarships, bursaries and awards to Canadian residents for demonstrated excellence in the arts.”
artsandlettersfoundation.ca

The judges for this contest are Concetta Principe and Stuart Ian McKay.

Winner will be announced in September 2022.

About the Arts and Letters Club of Toronto

On a blustery March night in 1908, a group of writers, musicians, architects, academics and supporters of the arts, encouraged by Augustus Bridle, a journalist covering the arts beat, met to found an organization committed to championing of the arts in English-speaking Canada: The Arts & Letters Club of Toronto.

Celebrating both the creative and performing arts — and equally devoted to spirited, sometimes biased and often hilarious argument — the Arts & Letters Club quickly became a forcing-ground for ideas in all artistic disciplines. Into the Club’s embrace came people who would become prime movers in creating the artistic culture we enjoy today: great names such as Robertson Davies, Vincent Massey, Marshall McLuhan, Eden Smith, Wyly Grier, Ernest MacMillan, Mavor Moore and many, many more. Their contributions to the arts in Canada are legendary.

The avowed purpose of the club was to be a rendezvous for people of diverse interests to meet for mutual fellowship and artistic creativity. It was to become a “comradely haven for kindred souls.”