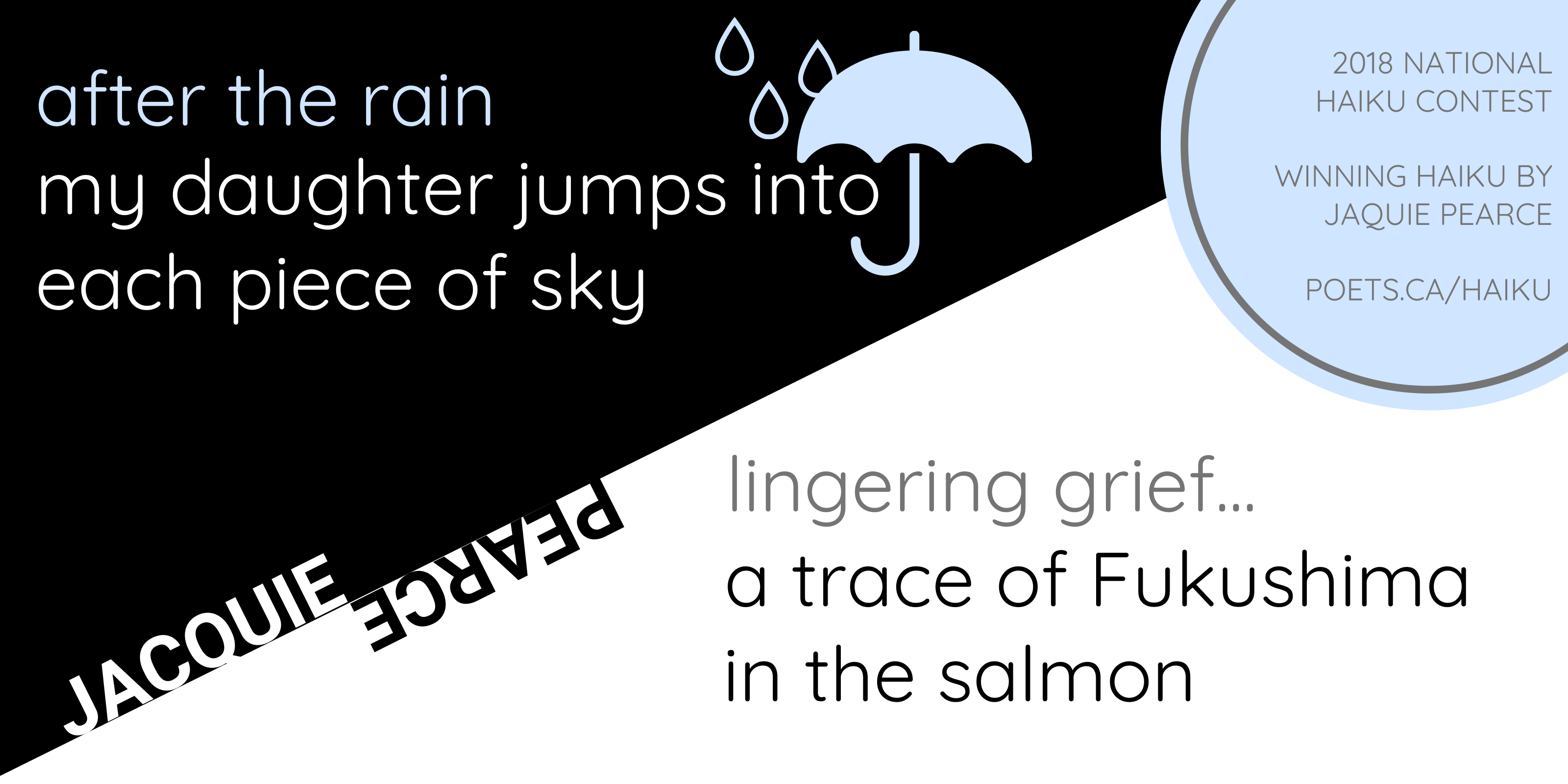 Without further ado, we are thrilled to present you with Jacquie Pearce’s two winning poems:

Thank you again to our two incredible judges! 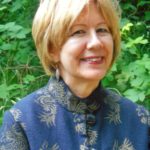 Terry Ann Carter is a poet and paper artist who lives and works in Victoria, B.C. where she serves Haiku Canada as president and teaches Japanese literary forms at Royal Roads University. She is the founder of KaDo Ottawa and Haiku Arbutus (Victoria). Terry Ann is also a member of the Canadian Bookbinders and Book Artists Guild. 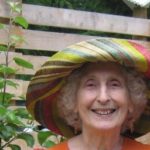 Naomi Beth Wakan is the inaugural Poet Laureate of Nanaimo (2013-16) and a member of Tanka Canada. She is the first Honorary Ambassador for The Federation of BC Writers. She has published over fifty books, including the prize-winning Haiku: one-breath poetry. Her most recently published book is a basic introduction to tanka, The Way of Tanka. Her popular book, Poetry That Heals, is being re-issued in February 2018 (Shanti Arts). She lives on Gabriola Island with her husband, the sculptor, Elias Wakan.