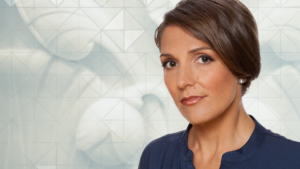 This year, Canada named a new parliamentary poet laureate, Georgette LeBlanc! LeBlanc is from Saint-Jean-sur-Richelieu, Quebec and writes poetry in the French language. Her published works include Alma (2007), Amédé (2010), Prudent (2013) (finalist for the 2014 Governor General’s Literary Award for poetry), and most recently, Le Grand Feu (2016), published by Éditions Perce-Neige, where she edits the poetry collection Acadie tropicale. Appointments to the position alternate between poets working in French and English each term; LeBlanc follows George Elliott Clarke, whose term ended in December 2017.

I look forward to continuing to write and to inspire poetry in all its forms over the next two years, as well as celebrating and promoting poetic language, this individual form of expression that enchants and regenerates the four corners of this new world. – Georgette LeBlanc

LeBlanc was officially installed as Canada’s Parliamentary Poet Laureate on March 27, 2018 on Parliament Hill. League member Claudia Radmore attended this ceremony – you can read about that experience here.

We are pleased to share a poem by Georgette LeBlanc which she read at the ceremony:

You might be thinking; what is the role of a poet laureate?

The term “laureate” originated in ancient Greece when laurel wreathes were placed upon the heads of people who were being honoured for their outstanding import to society – athletes, politicians, even gods were depicted this way! The British were the first to include poets in this tradition and, in the year 1688, coined the term “poet laureate” for a writer the monarchy selected to compose poetry for royal occasions.

Today, in Canada, poets laureate are chosen to reflect the cultural life of the city in which they live and write through poetry; sometimes reading in city council meetings, sometimes reading at official city events, sometimes reading at other non-affiliated events in their city and throughout Canada. Poets laureate encourage and promote the importance of literature, culture, and language in Canadian society and work to strengthen the public’s relationship to literature. The position of poet laureate recognizes the contributions of poets to the cultural life of the community in which they are appointed while also acknowledging the existence of a demand for recognition of the arts by the wider community. 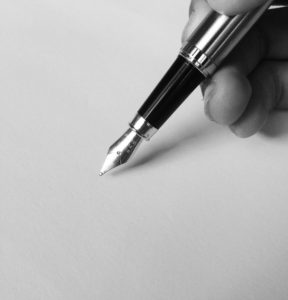 A poet laureate position is usually a paid position with guided expectations and responsibilities that can be up to the interpretation of the poet with varied degrees of freedom. Usually, poets laureate must perform at least one reading at a city council meeting during their term, a nod to the historical origins of the poet laureate as the monarchy’s poet. In particular, Canada’s parliamentary poet laureate – a position that was created in 2001 – is expected to write poetry for use in Parliament on important occasions and to advise the Parliamentary Librarian in the development of the Library’s collection and acquisitions.

League member George Elliott Clarke served as Canada’s parliamentary poet laureate  from 2016-2017. He shared with us a record of some of his accomplishments during his time in this appointment:

I authored a total of 32 poems for 22 federal figures,
including 13 MPs, 3 Senators, 5 Ministers of the Crown,
and the previous Governor-General, His Excellency
The Right Honourable David Johnston.

Apart from the poems written for federal figures, I also
penned and posted poems on matters of public interest,
including my “Kaddish for Leonard Cohen” and my “Ain’t
You Scared of the Sacred?: A Spiritual,” both of which
got picked up by U2 for use on their Joshua Tree world tour.
Several dozen such poems appear on my Library of
Parliament website.

At the League, we’ve been working hard to ensure that our map of Canada’s poets laureate is complete. Did we miss your city’s poet laureate? Is your city looking to appoint a poet laureate? Please let us know by emailing info@poets.ca! We want to help spread the word.

The Poets Laureate of Canada