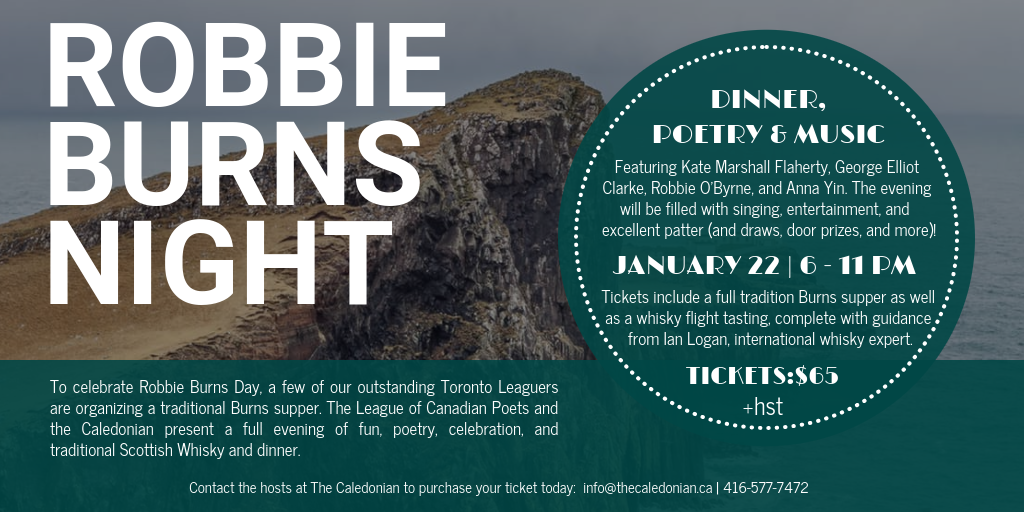 On January 22nd, 2018, The League of Canadian Poets celebrated Robbie Burns Night in style with a wonderful event at The Caledonian in Toronto. The sold-out event included a full traditional
Burns supper a performance by highland dancers and bagpipers, a complete whisky tasting and overview from international Whisky expert Ian Logan, and wonderful poetry and songs.

If you couldn’t join us at the event, you can still get in on the fun! We’ve posted 4 original poems by Ronnie O’Byrne, George Elliot Clarke, Kate Marshall Flaherty and Anna Yin, all read as part of this wonderful event.

As we grow up they teach us Keats
Shakespeare, Byron, lines from Blake
We classified, interpret Yates
an’ other lads
Whose inner thoughts we’d conjugate
wae critic jabs.

Naw, naw, tae me – that’s Nancy speak
It widna mak’ a tough boy sweet
Us lads came frae that ither street
whare smart guys stay
Who knew it a’ and never met
a better way.
But then one nicht I did attend
A Burns supper richt tae the end
I listened keen tae comprehend
oor auld Scots tongue
An’ wondered how this bardies bend
was so well sung

So, what’s this tale of Shanter Tam?
Of markets, drink and Carrick farms
They say he spied a witch’s charm
near some auld Kirk
An’ came within a bridges span
o’ meeting Nick

These sparked a flame, I read some more
Epistles, letters, songs an’ poems
I practiced lines, some speeches prose
an’ even learned wee turns
An’ now I’m asked tae bid propose
the Memory o’ Burns……………
BUT ….  I don’t like poetry!

Address to a Politico by George Elliot Clarke

To ameliorate the most defiant prostitute,
Gift to her or him partisan bagpipes to flute,
So the windbag burps a welcome, farts in salute—
A supercilious slut:
Like grubby backers of Beelzebub (that old coot),
Brown-nosin’ up his butt.

Politics? That’s Catawumpus, or caterwaul—
Stabs at poisoning when stilettos prove too dull:
It’s a school of spit spraying everyone and all—
With foul, balderdash speech.
(Random, cold whistling through an icy, wind-chinked wall?
Must be God:  Out-of-reach.)

Signature-strewn foolscap, sheets, list each candidate—
Consciously clumsy, save for expertise at Hate,
Expressed for opponents, to deft intimidate,
So they drop out like pissed-
Out ale, these dastard darlings, so indelicate,
Whom the Devil has kissed….

To succeed, thou must show testicular Resolve—
A gal’s strong guts—to stand ground, while weaklings revolve
(See politicians whose Party platforms dissolve
Into routine vomit).
But thou must be too independent to involve
Thy hand, in spooning shit.

That’s a job for Ol’ Satan—and his ilk, Tory—
Trailing Italian vowels in Greek oratory,
Those crisp barbs that rip the gross Grits as “History,”
I.e., liars, thieves, and frauds.
Thou must damn each of their plans as rank “mystery,”
Schemed by bastards and bawds.

Thou should gamble; risk the insinuation that
Thy opponents bank in sheltered latitudes; what
Journalists term, “tax-avoidance Edens”; but
“Ol’ Nick’s” in the details.
(Incoming ink is a kinky precipitate
That fills each campaign’s pails).

Paralysis stalls the Tories?  Paid-out grunting
Is their best camouflage (scolds—skilled at confronting),
While sly Grits skulk behind scarlet campaign bunting
(So ingratiating)!
But their backers run cold once the cops come hunting;
Check the credit rating

Of one campaign or another.  Bet the Devil
Must be joyous!  To tilt whatever’s on-the-level!
Well, corrupt electioneering yields nice Evil:
The wrong suckers get sacked,
And actual angels are forced to stoop and grovel,
Their tight arse-holes prick-packed!

Luckily, light is stubborn and darkness is soft:
Thou canst knuckle under to “goddamn-thee” oaths—oft
More insulting than insinuations.  Thou coughed
When a reporter tried
To dredge up Scandal.  Off-putting, loudly, thou scoffed,
And the “false” rumour died—

Like turds swirled down a bulging-out, bilge-bowl crapper….
Thy opponents pipsqueak in vain.  You’re so dapper,
So quotably sweet-mouthed:  You’re a bourgeois rapper,
Grasping each news angle,
And eloquent as a hypocrite wife-swapper—
Jealous in the tangle

Of wedded limbs.  You’d kiss a corpse to get a vote;
Play at radical Grief if it’d make voters dote
On your persona, untethered, but yet of note,
As you’d gulp sleeping pills,
And claim you’re socialist—by reflex and by rote:
Thy tears dripped cross anvils.

Do credit that elections pleasure savages:
Thou gotta lie—in two official languages—
And libel and curse between bites of sandwiches.
Slime be inevitable!
(Let sore losers sulk at their vote-share averages—
Ballot-counts laughable!)

Business journalists act rhythmic weaklings, shying
Away daily from the seismic quakes of “crying
Shames”—all those banking scandals no one’s denying,
That’d let you scoop up votes.
Those scoundrels—the Press—so well-tutored at lying,
Pepper your words with doubts.

Tories are blocks of blue—bloated like garbage trucks
Crowding a lane.  The Liberals are total schmucks:
Their scrapyard brains scavenge whatever self-destructs
Once they form government:
So policies vanish like hockey-slap-shot pucks—
Disappeared—“No comment.”

Pray that the prime minister dies due to rat-bite—
Or frost-bite!  Up you’ll flutter in buttery flight,
Aping a vampire!  If Leftist, serve banks pure Fright,
And keep thy wings even
In floating, so you never veer far to the Right:
Keep voters believin’,

And pick ministers, rad and/or red, to complete
Thy Cabinet.  Let none feel secure in each seat:
They serve “at pleasure” and that pleasure’s bittersweet:
They’re brats caught in dragnets!
Their briefs are their diapers.  To toss a turd’s a treat:
White papers wipe these debts.

No mutilated god suits as idol.  But Christ
Serves as chief exception:  Babe of God, sacrificed—
Tortured, crucified, but Resurrection sufficed
To seal His Election
As deity.  So shalt thou prosper, if well-advised
To contract infection,

Then rise from thy hospital bed, as if haloed,
Shimmying to smug music, a bagpipe payload,
In silks, tweeds, or custom buckskin, Tip-Top-tailo’ed,
Perfect for photo-op.
Next, Crown-Corporatize phones, airlines, and the railroad;
Co-opt every Co-op.

Politico, don’t fall—silenced, unlike a king,
But trod the mid-air, giddying and dizzying—
Above dire Gravity.  Stay grounded in each thing—
Worrisome, attractive
(Or both) to electors.  When you speak, you must sing:
Teach the people to live!

One thing I regret is my lack of rhyme—

the way my words spill in free verse and hang,

enjambed, damned, over the next line—

And so I’ll make a headstone         for unrhymed surprises

One thing we poets do is try to say

in language what’s held in heart and mind—

and oh we know that joy-writ-day

when the words we write are those that find

the way to our reader’s gut—or heart—or both,

I feel sorry for any one who doesn’t know

the truth and beauty of  lyric words—

(or the start-out poet who loves to scribble and spill

I pity this, our Scottish poet, who wrote so deep and well, but oh,

worried he driveled, drank  and sewed his oats, as life he did discard—

feared his headstone would say “philanderer” instead of epic        bard.

So he wrote this daring ditty, a bard’s epitph, just to warn us —

to be wise and prudent, for as he says, pure folly may really harm us—

but even if he was loose and wild, his poetry still heart-warms us

but be true and  right and GOOD—

His words were for the simple folk—he was ninny and prophet, both—
and even though he lived             in ages passed a score,
they loved him then— as much as life—

So let’s raise a toast for Robbie Burns, a Glenlivet golden glass,

for a bard who wrote fine words of wisdom

An Impossible Love: A conversation with Robbie Burns by Anna Yin

“Be daring”, you would plead,
“What is the harm in love?”

But this Anna isn’t a red,
red rose that you might recall,
neither a white swan by summer lake.
Her heart is the loose string,
barely tied on any season.
Now it bleeds to its winter landscape,
exposed like the snowman.

Her eyes eat the sky,
her face is pastel paper.
So damn true, her love is
the sinking sand in deep blue.
Forget Anna, Thy Charms,
the love song with spent dreams…
the June melody and the warm sun
are high and higher – thousands
and thousands of miles
away- her white shadow
remains speechless 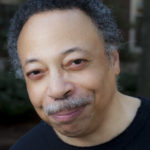 The 4th Poet Laureate of Toronto (2012-15) and 7th Parliamentary Poet Laureate (2016-17), George Elliott Clarke is a revered artist in song, drama, fiction, screenplay, essays, and poetry. Now teaching African-Canadian literature at the University of Toronto, Clarke has taught at Duke, McGill, the University of British Columbia, and Harvard. He holds eight honorary doctorates, plus appointments to the Order of Nova Scotia and the Order of Canada. His recognitions include the Pierre Elliott Trudeau Fellows Prize, the Governor-General’s Award for Poetry, the National Magazine Gold Award for Poetry, the Premiul Poesis (Romania), the Dartmouth Book Award for Fiction, the Eric Hoffer Book Award for Poetry (US), and the Dr. Martin Luther King Jr. Achievement Award. Clarke’s work is the subject of Africadian Atlantic: Essays on George Elliott Clarke (2012), edited by Joseph Pivato. 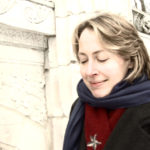 Kate Marshall Flaherty’s recent books are “Stone Soup,” Quattro Books, and “Reaching V,” Guernica Editions, and her poetry manuscript about her healing journey through cancer, “Radiant,” will be published with Inanna Press in 2018. She’s been published in journals such as CV2, Descant, Grain, Malahat Review and Vallum, was Shortlisted for Descant’s Best Canadian Poem, the Pablo Neruda Poetry Prize and Robert Frost Poetry Prizes. She was a “Random Acts of Poetry” Poet for three years, is presently Writer in Residence for the Heliconian Arts and Letters Club and Toronto Rep. for the League of Canadian Poets. She guides StillPoint Writers’ Retreats; writing is her lifeline. 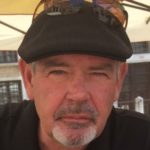 Ronnie O’Byrne was born in Edinburgh, Scotland, and started his working life as an apprentice in the engineering industry in 1972. For the past 30 years he has worked for the Israeli engineering technology company – ISCAR Ltd. Ronnie’s interest in Robert Burns started in his late twenties – and has developed into a passion…..Ronnie is a Board Member and Canadian Director of the Robert Burns World Federation Ltd – a member of Halton Peel Burns Club – The Niagara Falls Burns Club and an active member of The Robert Burns Association of North America. Ronnie has performed at Burns Suppers and Burns Events in the UK, Ireland, Europe and North America – as a speaker on a wide range of Burns and Scottish topics – and as a performer of Burns poetry and song. He is also a published poet and a past winner of the Tam O’Shanter recital trophy held annually at the Globe Inn, Dumfries, Scotland. In 2016 became the inaugural winner of the Jack Hume Poetry writing competition hosted by Robert Burns Association of North America.

He has been married to Susan for 38 years – they have two grown up sons – and live in Vineland, Ontario. 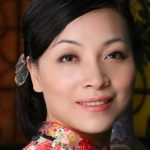