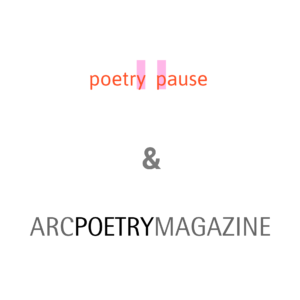 Katie, forest fires melt the air
half an hour
from where you live
the sky is a black sheep
bleating and I can’t even
see the wolf in the photo
you texted me
but I feel his snarl
in your voice over speaker phone
heat is an apex predator
in a desert valley
I keep promising to visit
and pick up flats of peaches to can
but Greyhound cancelled
its bus service in Western Canada
you biked to the north end of
Galiano Island
and a month later I followed
there were two coves to swim in
and an island to fuck on
our illegal fire by the water
lasted only minutes before
a woman walking her German Shepherd
yelled we all want marshmallows!
we slept on a peninsula
and I whimpered all night
because the voice that whispers
you’re safe needed to let go
and when it did
I felt my boundaries dissolve
into waves and wind 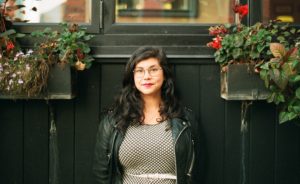 Adèle Barclay is the author of If I Were in a Cage I’d Reach Out for You, winner of the 2017 Dorothy Livesay Poetry Prize and Renaissance Normcore, which is forthcoming from Nightwood Editions in fall 2019. She is the recipient of the 2016 Lit POP Award for Poetry and the 2016 Walrus Readers’ Choice Award for Poetry and has been nominated for a Pushcart Prize. She is an editor at Rahila’s Ghost Press and Arc Magazine’s Poet in Residence.

In publication for over 40 years, Arc Poetry Magazine publishes three issues a year including a themed issue each Fall. Arc nurtures and promotes the composition and appreciation of poetry in Canada and abroad, with particular but not exclusive emphasis on poetry written by Canadians. In addition to publishing and distributing the work of poets, Arc also organizes and administers awards, contests, public readings and other events.

Adèle Barclay, is Arc‘s outgoing Poet-in-Residence. Arc’s Poet-in-Residence program offers the country-wide community of writers a chance to work with an influential Canadian poet. Participants in the program will have an opportunity to work one-on-one with the Poet-in-Residence to hone and shape their poems over a one-month period. Between 30 and 60 poets participate each year.