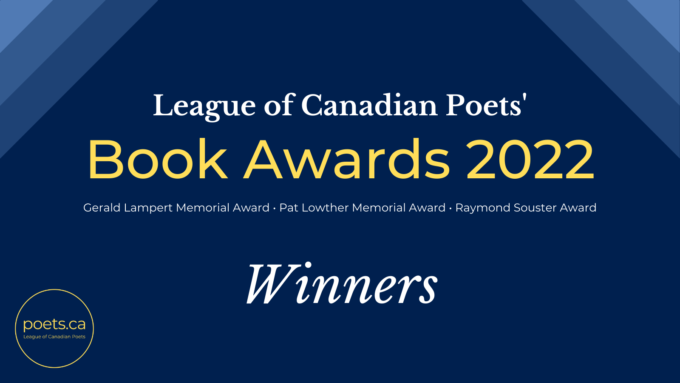 The League of Canadian Poets is proud to present the 2022 Book Awards winners of the Gerald Lampert Memorial Award, the Pat Lowther Memorial Award, and the Raymond Souster Award.

The winners will each receive $2000 thanks to funding from Canada Council for the Arts , Ontario Arts Council and Toronto Arts Council.

Awarded annually since 1981, the Gerald Lampert Memorial Award is given in the memory of Gerald Lampert, an arts administrator who organized author tours and took a particular interest in the work of new writers. The award recognizes a first book of poetry published by a Canadian writer in the preceding year. The award carries a $2000 prize and is sponsored by the LCP. 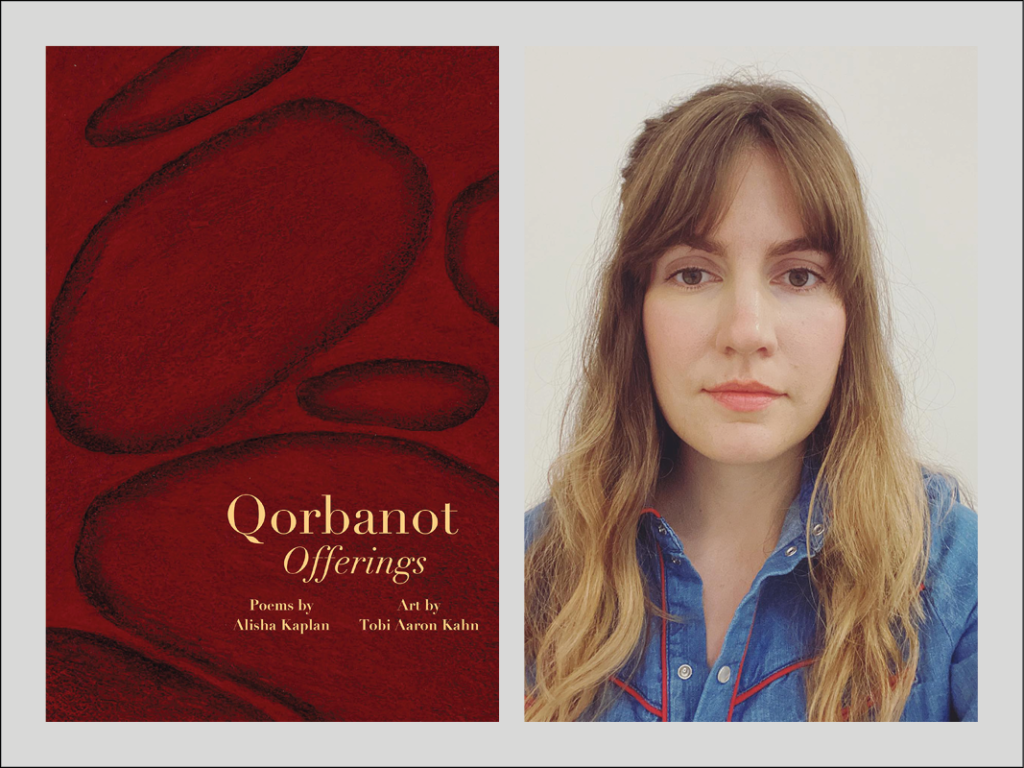 Alisha Kaplan is a poet and narrative medicine practitioner. She has an MFA in Poetry from New York University and is currently pursuing a Master’s in Narrative Medicine at Columbia University. Kaplan is on the Narrative-Based Medicine Team at the University of Toronto and is a workshop facilitator with the Writers Collective of Canada. Honours she has received include the Hippocrates Prize in Poetry and Medicine, a Rona Jaffe Fellowship, and winning the Eden Mills Writers Festival Literary Contest. Kaplan’s writing has appeared in PRISM International, Carousel, Fence, The New Quarterly, and elsewhere. Her debut collection of poems, Qorbanot: Offerings, a collaboration with artist Tobi Kahn, was published in 2021 by SUNY Press. Kaplan splits her time between Toronto, New York, and Bela Farm where she grows garlic, harvests honey and wild plant medicine, and hosts barn dances. www.alishakaplan.com

From the jurors: Alisha Kaplan’s Qorbanot (Offerings) approaches tradition and spirituality with reverence and humour, honouring those who have come before while challenging patriarchal limitations within Judaism. Careful construction of line breaks, soulful use of space and a mastery of sound poetics strike the perfect balance for this contemplation of memory and redemption. The inclusion of artwork by Tobi Aaron Kahn adds to an overall experience of immersion in a metaphysical long poem that lingers long after the last page. We return to Kaplan for nourishment even as we contemplate the nature of suffering. This singular debut is consistent throughout, at once lyric, clever and urgent. One could imagine reading these poems centuries from now and being just as transported.

Open to Canadian women, the Pat Lowther Memorial Award has been awarded annually since 1981 for a book of poetry published in the preceding year. This prize is in memory of the late Pat Lowther, whose career was cut short by her untimely death in 1975. The award carries a $2000 prize, and is sponsored by the LCP. 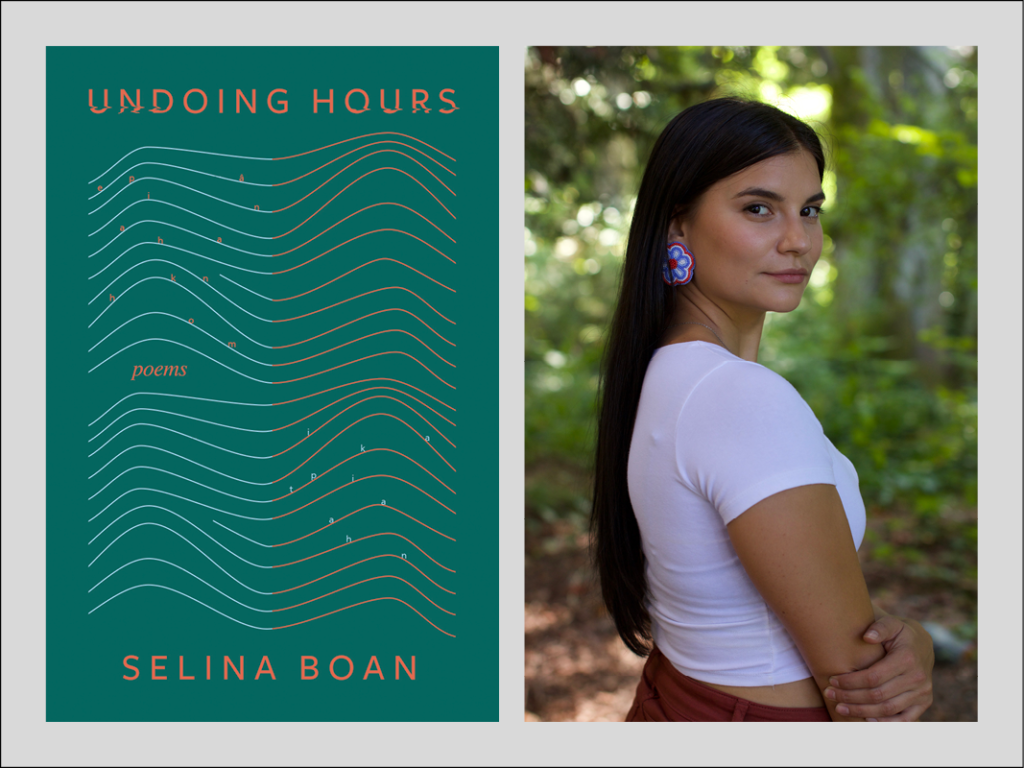 Selina Boan is a white settler-nehiyaw writer living on the traditional, unceded territories of thexʷməθkʷəy̓əm (Musqueam), səl̓ilwətaɁɬ (Tsleil-waututh), and sḵwx̱wú7mesh (Squamish) peoples. Her debut poetry collection, Undoing Hours, was published in Spring 2021 by Nightwood Editions. Her work has been published widely, including The Best Canadian Poetry 2018 and 2020. She has received several honours, including the 2017 National Magazine Award for Poetry, and was a finalist for the 2020 CBC Poetry Prize. She is a poetry editor for CV2 and Rahila’s Ghost Press.

From the jurors: Boan sifts, smudges, wrestles gently, digs conscientiously undoing terrain and time. A poetry that “wants to read herself past syntax” soiling into her language(s), seeking to bring out the bones, create a renewed “plot/lot” of an unknown past. These poems grasp both the jarring and gracious bringing together awe-inspiring lapses of breath and rhythms in words between Cree and English that leave one panting. In this book, the reader is left beginning again to [re]learn and unlearn language as settler-newcomer, “part prairie, part invasion”, “the syllabus of earth, rearranged.” Selina Boan’s Undoing Hours is an admirable feat of working between our unique national dilemma “between two dialects” and that largeness of love for all things most dear such as Nohtâwiy.

The Raymond Souster Award was started in 2013 to honour Raymond Souster, an early founder of the League of Canadian Poets. The award is presented annually for a book of poetry by a League member published in the preceding year. The award carries a $2000 prize, and is sponsored by the LCP.

The Untranslatable I by Roxanna Bennett (Gordon Hill Press) 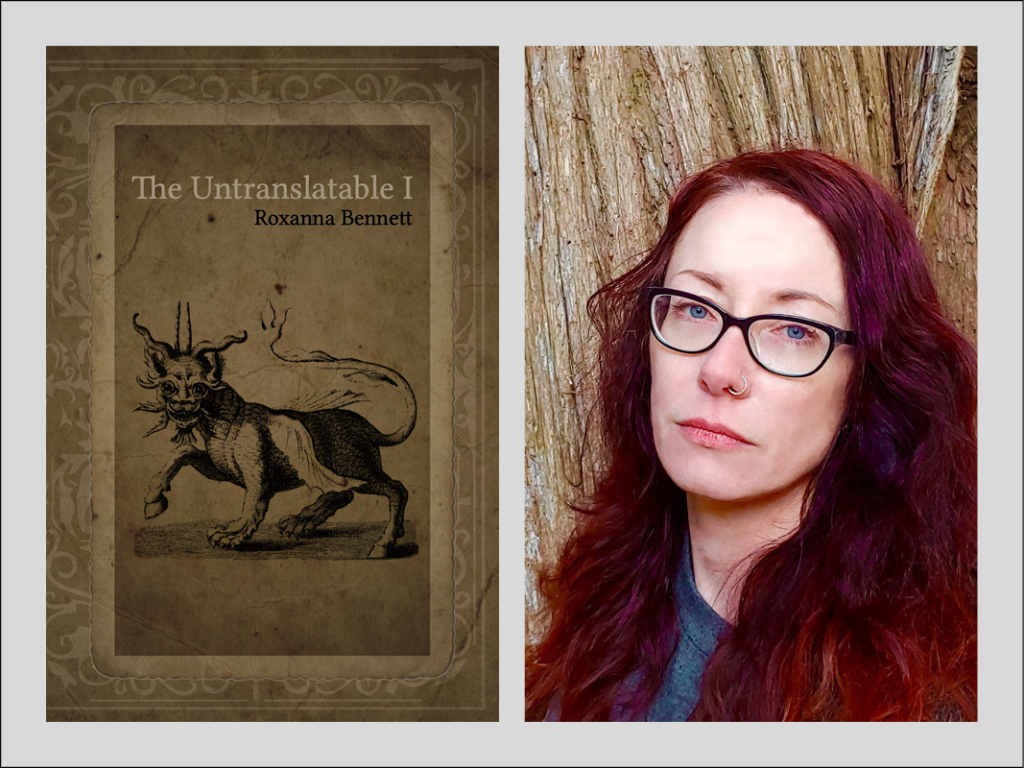 Gratefully residing on aboriginal land, the disabled poem-making entity known as Roxanna Bennett is the author of The Untranslatable I, Unmeaningable (Gordon Hill Press) & other works.

From the jurors: Here, in a sequence of first-person lyric narratives, is pain built into powerful waves of stirring poetry. Signs of frailty and death are omnipresent, and the poet’s inner self is untranslatable, but with documentary authenticity, sharp wit, bitter irony, tight verse, and a wide field of high and low cultural references, Roxanna Bennett’s book is a triumph of art over duress. “Even the air tastes like pain.” Honest about the fatigue of trying to survive in a world that is ‘the sieve of [her] own misery,’ this book vibrates with struggles of illness and isolation while creating its own disability poetics.

See the shortlists announcement for the 2022 Book Awards

See the longlists announcement for the 2022 Book Awards