As I was growing up, rural southwestern Ontario was a homogenous blend of mostly second-to-sixth-generation townies and farmers, all stemming more or less from Britain and Western Europe, with the occasional, exotic Eastern European family mixed in. Most families had long ago abandoned their ancestral languages at Canada’s shores. Showing up in kindergarten speaking mostly Dutch and very little English, despite having been the first in my family born in Canada, made me different, other, and someone to suspect. I was made to feel that I, and my family, had done something wrong.

As for First Nations languages, I didn’t knowingly meet anyone from an Ontario First Nation until we went on a trip to the Muskokas when I was 12. Certainly, in the 1980s, languages spoken in Huron county before English were never mentioned, other than, possibly, in a single sentence inside a worn history book.

According to a 2016 member survey by Editors Canada, the national professional association for Canadian editors, of 171 respondents, fewer than one per cent identified with a community other than French or English. The association represents some 1,500 Canadian editors working in any language. Of its survey respondents, 79 per cent identified as Anglophones, 12 per cent as English-French bilingual, and 8 per cent as Francophones.

A professional English editor and writer for over 20 years now, I’ve wondered if my obsession with flawlessly speaking, writing—and correcting—English has been part of a bigger phenomenon among ESL speakers, or only the result of a perfect storm between my passion for language’s possibilities, and a terrible fear of getting it wrong.

Luckily for my second language, and me, we’ve worked on our relationship a lot since I first showed up to Turnberry Central School Wingham, Ontario.

As with music or baking or any other art form, in language you need to know the rules before you can bend or break them effectively (without getting a cacophony instead of a symphony, or a sunken, floury muck instead of a cake). And, once you know a language’s properties well, playing with them will be all the more fun.

For me as an editor, learning how to practically apply language rules (that is, to use our shared understanding of words and structure to ensure intended images and ideas come across clearly, instead of pledging unwavering adherence to arbitrary editorial laws for the sake of obsession) has been a fascinating professional journey.

For me as a writer, and especially a poet, it has been, as the anglophones say, a “game-changer.”

We all start learning language as mimics, whether we’re babies babbling sounds we’ve heard, kids learning the shapes of a sign language, or adults laboriously repeating Berlitz phrases to ourselves on a train. After sound or image comes meaning. Once we’ve mastered what our new words mean to others, we can move to understanding what is really being conveyed from one person to another with shared language—in the minutiae of sounds and letters, to the most complicated ideas; through metaphor, idiom and homonym; over half-phrase, mumble and pause; and hidden behind omissions, lies and obfuscations. These are the covert manoeuvres of learned language that once scared me most, even long after my mind’s library had collected a respectable English lexicon, the ones whose existence made me perpetually afraid I was missing something, that there were secrets everyone but me knew.

This scary space inside and outside of language, though, is where most of my creativity comes from, now and long before I realized it. It is also the place that inspires me the most. Poets such as E.E. Cummings, Denis Cooley, Anne Carson, Canisia Lubrin, Chantal Gibson or Judith Copithorne (not to mention lots of poets whose names start with letters other than C, like Joshua Whitehead, nina jane drystek and Sachiko Murakami), show us what humans can do with language once we take ownership of our own small piece of it. This is where the fun really begins. For those of us working in a second (or third or fourth) language, that experimentation takes even more courage.

Becoming open to differences in how speakers can use or approach a single language has, for me, opened the door to better understanding what understanding itself means. Which is to say, if you get what I mean, we speak the same language. And that language, here or elsewhere, isn’t just English. At least, it’s not only. It’s the ability to put yourself in someone else shoes more easily. It is a shared map for an unimaginably large space, which is the land of thought and feeling. To understand someone takes more than language, of course. But this map helps us enormously if we are trying to figure out where someone else is at.

For those of us who learned a language later than in our preschool years, we first had to misunderstand the map—a natural part of learning it—at an age when we were already conscious of the processes of failure and success. For some, that seems to have made them less fearful of language and error going forward. I, though, have had to constantly push myself to be less risk-averse in order to write anything useful at all. Not in taking chances with meaning, but with the finer rules of language itself, from usage to punctuation. It’s exciting, but hard, to let go of the map. Exploration demands the ability to venture outside of territory, to climb and leap and forge.

A few years ago, I started doing Dutch-to-English translation. Not surprisingly, having worked with mostly an English map for the past three decades, the Dutch one caused me all sorts of confusion and wrong turns. Especially, in nuances, metaphors and jargon, in the multiple and layered meanings all languages contain. I was going back, it felt like, to square one, looking across a familiar chasm, now from the opposite cliff. My risk sensors still shout “Danger, danger!” On this new, rocky trail, there is likely to be more judgment, more tests to pass, more obstacles of rule and ritual over which I may easily trip. But, I’m less afraid to fall now than ever before. The landscape of ideas, after all, goes on forever, in any language. And, if I only cling to the safe plateaus, I’ll never get to explore much of it.

*Number of full entries for English words in current use in the Oxford English Dictionary, according to Oxford Dictionaries. The dictionary also includes 47,156 obsolete words, and around 9,500 derivative words included as subentries. 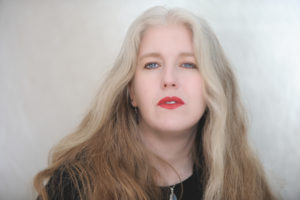 Poet, editor and writer Anita Dolman is the author of Lost Enough: A collection of short stories (Morning Rain Publishing, 2017), and co-editor of Motherhood in Precarious Times (Demeter Press, 2018). Her poetry, fiction and non-fiction have appeared in numerous journals, magazines and anthologies, including Imaginary Safe House, Another Dysfunctional Cancer Poem Anthology, Canadian Ginger, Arc Poetry Magazine, On Spec, Grain, and PRISM international. She is the author of two poetry chapbooks, and is a contributing editor for Arc Poetry Magazine.