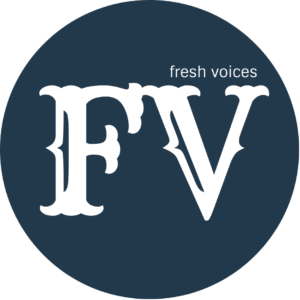 I begin again as a small child.
My heart is a nomad.
Displaced identity
speaks in Romani.

This language is home.

Home is storytelling at the camp fire.
My wandering heart finds belonging.

I begin again as a small child.
Watching my nan’s hands crochet
like small birds building a nest.

As a girl, she hawked flowers at Covent Garden,
crooning, “Come on dearie. Buy a bunch.”

I’d climb into her arms, imagining I was
a bunch of her cherished blossoms.

A haven in my delicate young life.

I begin again as a small child,
tracing the moon’s face
in the lace of grandma’s shades.

When the lace moon lifts her veil,
I hear sadness as music.

I begin again as a small child and
an abandoned teacup tipped askew. Fills

with melting snow. Holds meaning and
a promise of a wish.

So much depends on what is chosen.
Calls for a gathering, breaking the
silent longing for wholeness
with a prayer.

I begin again with a small child
I am asleep in the clay of my own heart,
swathed in hidden potential.

My sacred duty? To awaken the eternal
and unfold a lived life in this world.

Clutching a small kaolin clump in my hand, inscribed
with knowledge that I belong in nature,
a talisman for my journey.

Frances Roberts Reilly is a poet, harpist and filmmaker born into a Welsh Romany/English family and now living in Kitchener. Her featured poem came from a lucid dream encounter with her two-year old self. Frances has published numerous short stories, articles and poems. She has been a guest author on CBC Radio. Find Frances on Twitter @francescsr.

Because
once upon a time
I got steeped
in seven colours

Born and brought up in India, Meena Chopra now lives in Mississauga, Canada. Meena authored three poetry collections and co-edited one anthology. She writes both in English and her native Hindi language. Amongst many other awards, she has recently been awarded (December 2018) for her distinguished work in literature and art by National Ethnic Press and Media Council of Canada. She was a finalist for MARTY’s award for literature this year (2019). Find Meena on Facebook, Instagram, and Twitter.

Her hair turned grey
quickly at 27
after the fire where
they lost everything.
Starting over
with four kids
rebuilding the business first,

then the house.
Winter spent in one room
at the neighbors.
No insurance.
Just folks that trusted
dad would pay them back.
She wound motors

beside him.
And worked
nights at the canning factory
so they could buy a piano
for my sister.
She trusted the dog
Rex, the watchful shepherd

to babysit.
Her hair grey – no
not grey.
but silver
a radiance
round her head.
She earned them all

through hard work
faith
and
perseverance.
My mom,
the angel
with a silver halo.

Joanne Belanger resides in Quinte West, Ontario, a stone’s throw from where she grew up in Belleville, Ontario. Writing poetry since she was a teen, Joanne loves to play with words, using them as a painter uses a brush, to tell succinct stories about everyday people and events. A mother of seven and grandmother of eight, Joanne and husband Terry live on a rural property, where they garden, raise chickens and turkeys and hang out with their amazing family and friends.

Originally from Vancouver, BC, kjmunro moved to the Yukon Territory in 1991. She is Membership Secretary for Haiku Canada. In 2014 she founded ‘solstice haiku’, a monthly haiku discussion group that she continues to facilitate. Since January 2018, she has created & curated a weekly blog feature for The Haiku Foundation’s Troutswirl blog, now managed with guest editors. Her first collection is contractions (Red Moon Press, 2019).

Without frames there is chaos

This scene
Encased by wood, paint, and pigment
Protected by pane
Is broken into exterior and interior
Into above, below and beyond.

Succulents, jade and dusky scarlet, bask in sunlight
Absorbing moisture from cool morning air
Spreading and lazing simultaneously below and before
Below the wire and bead wrapped rock
Before the glass separating interior from exterior

Beyond the pane is the poplar trunk
It too occupies the space before and beyond
Stretching up from a place I cannot see and into a sky
I take for granted, only captured in wedges of blue
Between the branches of willow swaying beyond the poplar

Yet before the mountain
That roots so solidly in the earth – seemingly permanent and invincible
Beneath a fragile layer of glacier and snow that trickles
In ever increasing cascades of milky teal thundering
Down the rocky slopes, between the roots of jackpine and cedar,
Over lava beds soon warming to summer heat

Complexity unfolding into a whole
only viewed from the furthest point
not yet reached
barely contained by frames
of reference and windows.

Martha Swinn enjoys exploring the generative cycles of life, death and rebirth in her writing. She continues to write and publish poetry with Writers North of 54º, a writers’ community in Terrace, BC. Their fourth poetry anthology, Shadows and Light: poems of emerging, was launched in November 2018. A resident of the Nass Valley, Martha has come to appreciate the richness of the Nisga’a language and landscape and endeavors to express this complexity through the mixed textures of her poetry.

I awake
at dawn beside cathedral ruins
in Alet les Bains,
voices of mourning doves
sink into my ears
evoke the five notes
of the pentatonic scale
piped ten thousand years ago
on a swan’s thigh bone
by someone in a cave
not so far from here.

I recall awakening
morning after morning
to doves cooing
forty years ago
in an ancient garden
on the northeast edge of Kyoto,
not far from a temple
with a pure mountain stream
piped over a precipice,
guarded by a fierce small
Fudō Myōō Diety
fangs bared, rope in hand
to snare the enemies of the “Law.”

I drew water there
while my young daughter
played with the dippers
I also prayed
for “all to be well”
that even my fractured marriage
might heal—it didn’t.

Just a week ago
my daughter and I stood
on the steps of the same temple,
heads bowed
before its dark quiet interior,
the only vestige
of our former life here…

rain falls softly
through the cypress forest,
bell notes of the

early summer hototogisu
thread the drops
into a garland of melody,
a liquid hosanna
for the grace in this moment
to be together and remember.

Sonja Arntzen translates works of classical Japanese literature. Her most recent translation is The Sarashina Diary:Reader’s Edition (2018). Since 2005, she has been publishing her own English tanka and haiku in journals such as Gusts, Eucalypt, Kokako and Red Lights. In the last four years, she has turned to writing free verse in longer forms thanks to participation in a poet’s group on Gabriola Island in British Columbia.

I miss
the quiet cobblestone
gelato vendors
the rolling green hills
blue skies staining
the air around me.

I miss
the gestures as Italians converse
by a patio
the clean-gray
autostrada roads.

I miss
the wine plantations
and spring light with
tall castles looming over the plains.
I miss my home.

Yonathan Asefaw is a 27 year old poet from Toronto. She has been writing poetry professionally for three years and has published in Rhino Poetry. Her poem Homoerectus. has been shortlisted at Frontier Poetry. Find Yonathan on Instagram and Twitter.

“The nature of love is such that it shares everything.”

— The Cloud of Unknowing,  Anonymous

the alchemy of a cloud
of unknowing
lodged between you &
your darkest winter’s
night sequences
an algorithm of more or less than the beyond
of what i am.
a luminous reflection
refracting the dark edges
where i catalogue
evaporate & phase out
former selves.

on the surface mist
in naked intention
at the contemplative spacing
between intervals
i sit and drink my coffee &
smoke my cigarettes &
think my thoughts
wanting/waiting
for this maternal inking (confusion)
to pass.

regenerating cells ad infinitum
on a plausible arc of becoming
in our finality we will have amounted to
no more no less than the sum total of our parts
catapulted onto what we can only imagine
beneath a cloud of forgetting
to be even more real
than our mouths & hands.

would it help if i said
i love you
(the way a person might love a tree or the sky)
for the expanse of whoever you are ?
now dissolving, now knotted
in a blind lunar kindness
so gentle & vast ?
i have no reason not to.
i    am    of     two     minds.

Razielle Aigen is a Montreal-born writer and artist with a B.A. in History and Contemporary Studies from Dalhousie/King’s University in Halifax and is an alumna of The Writer’s Studio at Simon Fraser University. She has published poems and essays in both print and online publications, and continues to show her text-base installations, painting, drawing and photography on an ongoing basis. She is interested in themes of personal vs. interpersonal identity formation in the advent of infinite access to unlimited information. In a convergence of multiple mediums, she seeks to create with an all-inclusive, expansive poetics in mind.

Harold Feddersen is a writer, ontological coach, and teacher. His poetry can be found in multiple publications including Heartwood – poems for the love of trees and Gift of Silence: A Haiku Tribute to Leonard, and his latest book Holding Hands ~being present through my father’s cancer. Harold is a member of Writer’s North of 54°, a small group of poets writing about and from the unique northwest British Columbian perspective. Writer’s North of 54° has published four anthologies of poetry. Harold lives in Terrace, British Columbia Canada.

Dreams on the Edge of Reason

if he enters the river
contents of the net
sink him

entering the afterlife
requires nakedness
a stripping of life’s
holdings

instead
he rots in the mud
the rains will make

Sharon Goodier has been published in Adana Women’s Spirituality Anthology, Tin Lunchbox, Terrene, Persimmon Tree, Lost Sparrow Porcupine Anthology, Poets Reading the News. Her short story ‘The Year of the Donkey’ was published in New Legends Anthology. 2016 Canadian publications include Quilliad, Carte Blanche, Big Pond Rumours and Tamaracks, an anthology of Canadian poetry by Lummox Press to launch in Spring 2019. She also self-published a chapbook of social justice poetry, A Stone in My Shoe. Sharon is a co-founder of the renewed Art Bar Reading Series and the instigator of the Engaged Poetry Meet Up. She reads widely in Toronto.

with rubber and antifreeze,
the tide, weedy

and choked with stones
peels back

the buckled concrete
from the girded ramp.

Riding low,
it docks and heaves

and idles,
wreathed in froth

from its hull.
Handbrakes groan,

Engines catch
and sputter up the road

—the whale road,
a crumbling road.

A sea urchin of pipes
prickles the shore.

For a Fellow Traveller

The road is long and arduous
for some of us, inner flame
imprisoned in a contrary shell,
peeking through only far into the journey.

The miles travelled take their toll,
the body seems to betray us anew,
in other ways, breaking down, bringing pain.
I too know the dichotomy of

simultaneous revelation and disintegration;
ask questions with no answer
that can be found now;
feel in my own way I don’t fit in and never will.

But I also know what it is to be inspired,
to see others like you strive on,
fight to let the fire blaze forth;
to realize that we are all

irreplaceable companions
for so many fellow travellers;
to exult in another’s beautiful,
innate incandescence.

So shine on, your path lies ahead still,
and wherever it leads I’ll be quietly alongside.

Jennifer Wenn is a trans-identified writer and speaker from London, Ontario.  In addition to her day job as a Systems Analyst she has written From Adversity to Accomplishment,  a family and social history; and published poetry in Tuck Magazine, Synaeresis, Wordsfestzine, Big Pond Rumours and the anthology Things That Matter.  She is also the proud parent of two adult children.