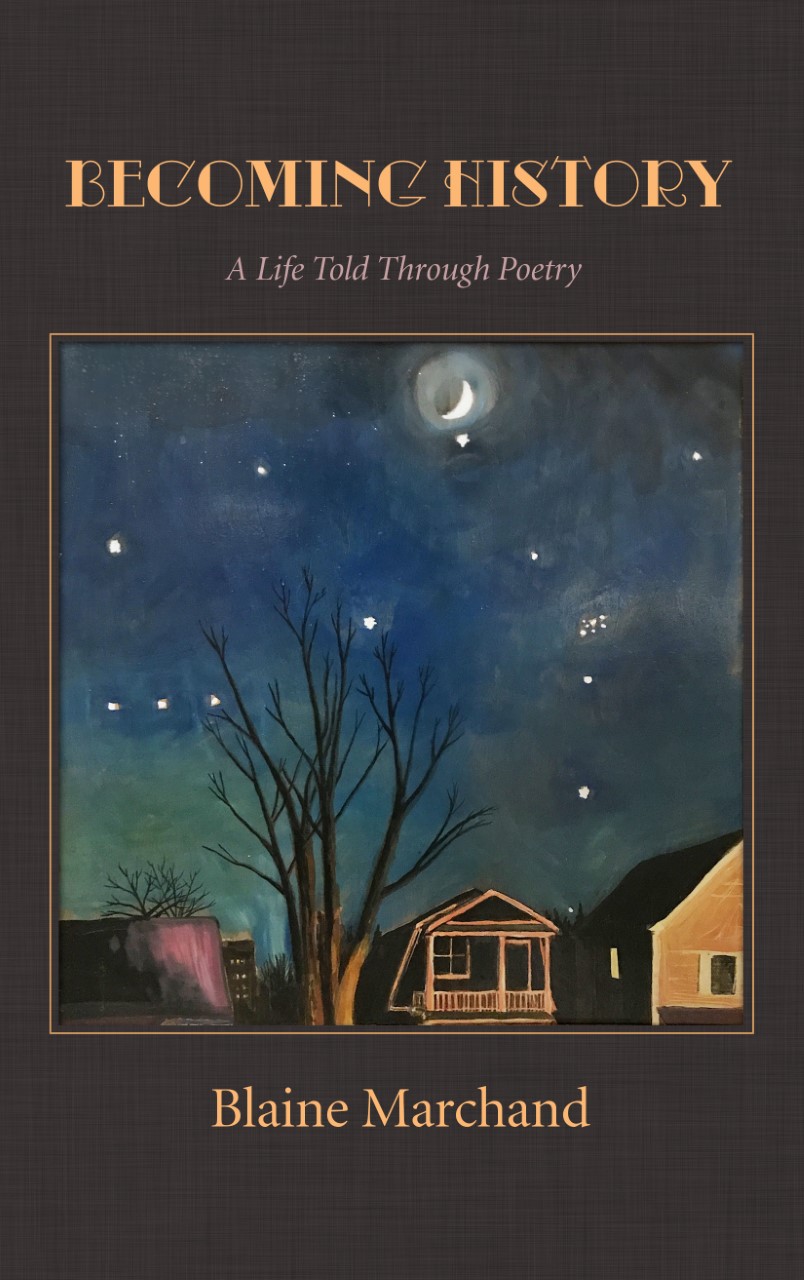 However good the usage of words may be, a poem with nothing to touch the heart is like a wooden doll clad with finery and no feeling. It is much better to express feeling with plain words than no feeling with just fine words. ─ Takuan Soho

We skate around the literary pond trying to finesse this line and that. We forget the straightforward feelings are what attune our readers. A good poem is a well-cleaned window we see closely into the soul house of the writer. I told Blaine I had no formal academic literary experience; he said, “Poetry is written to speak and touch people. That is what is important to me. And this book seems to have done that.” He accomplished these sentiments and beyond with a tender unfoldment of Dorothy Marchand and her well-lived life in Ottawa.

Becoming History, A Life Told through Poetry is brilliant memorialization. Masterfully edited and thoroughly disciplined in its intuitive preciseness and emotional precision. Well-lived imagery abounds, metaphors are evocative, and diction is personal and relatable.

It was a profoundly intimate portrait of his mother and her challenging upbringing and family origins. As well as touching on his father’s and grandmother’s life and death. Those subtle details were combined smoothly with such a remarkable microscopic memory to give us a bright picture of her luminous life. Blaine said he was a noisy child, quite curious, and paid attention to things. His mother confided because he was one of the younger of eight kids. Near the end of her final years, being her closest confidant, it was time to share with her most eloquent son while reviewing and revisiting early days.

But what happened after is not usual. The observer and the observed became one, and a deep knowing and caring transcended themselves, blossoming into this book. We grew as the book progressed in knowing with humble dignity this outstanding mother and her son’s elegant eulogy.

The poem “A Cappella” hits home, especially the lines “then it stops, and you become history.” It touched my memories of spending nine months with my mom after dad died. I wish I had been more observant when I was living with her. I spent the last night in the ICU, and all I could hear was her breathing, fighting to not become history.

Blaine’s quiet pride radiates for his mother’s formidable feat to have her feet on Terra Firma for over a century. So often, we must share stories of dementia and physical loss, but Blaine’s book celebrates a fully committed and alert older woman healthy until the very end. The head palliative nurse at Grace Manor told him that those who live past 100 “share a common strait – positive and engaged.”

In the poem Catchphrases Blaine says he “navigates through your favourite maxims ─ take each day as it comes, … Move forward…Do not look back…Be grateful for small things” that summarizes his mother’s optimistic mindset. There is no pity or poverty, or mental lack. She wisely reminds us how our mortality can be qualitatively extended through our daily attitudes of not being victimized by circumstance.

These facts personally affirmed my pride too in how my grandmother lived to be 101 through being a person of high positivity along with a very healthy appetite for vanilla ice cream, her favourite treat. I can still see her wide-open mouth and wrinkly smile.

In Becoming History, love saturates each point, paragraph, and page of a mother’s boundless love. And a son who reciprocates well. When love unites, there is a category of place beyond intimacy.

Migration is a reminder of time running out with Blaine and his brother Robbie perched on the edge of the bed as his mother announces attention. The following lines are so tender tragic, bloodlines so deep. “Closer, you command, each hold a hand. And we do as if they were umbilical cords through which we sustain you.”

The poet in his prime recording his mother in her prime with empathy and trust the terrain of this book unfolds from inside two hearts breathing filial affection. There is an unseen reward of smiles coming from heaven; no internet emoji can ever supplant.

p.s. The after-reading resonances have influences and surprise inspirations. A good book touches and retouches invoke reminiscences. While walking home stopped to hear a sleigh travel downhill. It opened a memory portal sliding down that same hill as a kid. I incorporated my mother’s voice in the poem and didn’t think I could remember specific details, but they soon began to flow. Quiet confidence was gained from summoning Blaine’s impressive accomplishment of recollections.

We become history when writing a universal poem that remembers “A Life Told Through Poetry.”

David C. Brydges is a cultural historian, community legacy builder, and rural acupuncturist. He is the artistic director of the Spring Pulse Poetry Festival in Northern Ontario. Memberships include Stroll of Poets, Edmonton Poetry Festival, Parkland Poets, Ontario Poetry Society, League of Canadian Poets, and Haiku Canada. He recently was appointed by the Ontario Poetry Society executive as their first “Poet Emissary.” David can be found on his Facebook social media page at   https://www.facebook.com/david.brydges.7/ 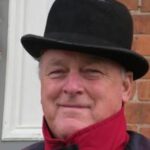 Blaine Marchand‘s award-winning poetry and prose has appeared in magazines across Canada, the US, New Zealand, India and Pakistan. He has seven books of poetry, a young adult novel and a work of non-fiction published. Becoming History, was published by Aeolus House in August 2021. He is currently finalizing Promenade, his eighth collection of poetry, which explores cancer, aging, the pandemic and the landscape of the Ottawa River near his home. Active in the literary scene in Ottawa for over 50 years, he was also the President of the League of Canadian Poets from 1991-93 and a monthly columnist for Capital XTRA, the 2SGLTBQ community paper, for nine years.