Bricolage: A Gathering of Centos by A. Garnett Weiss (Aeolus House, 2021) 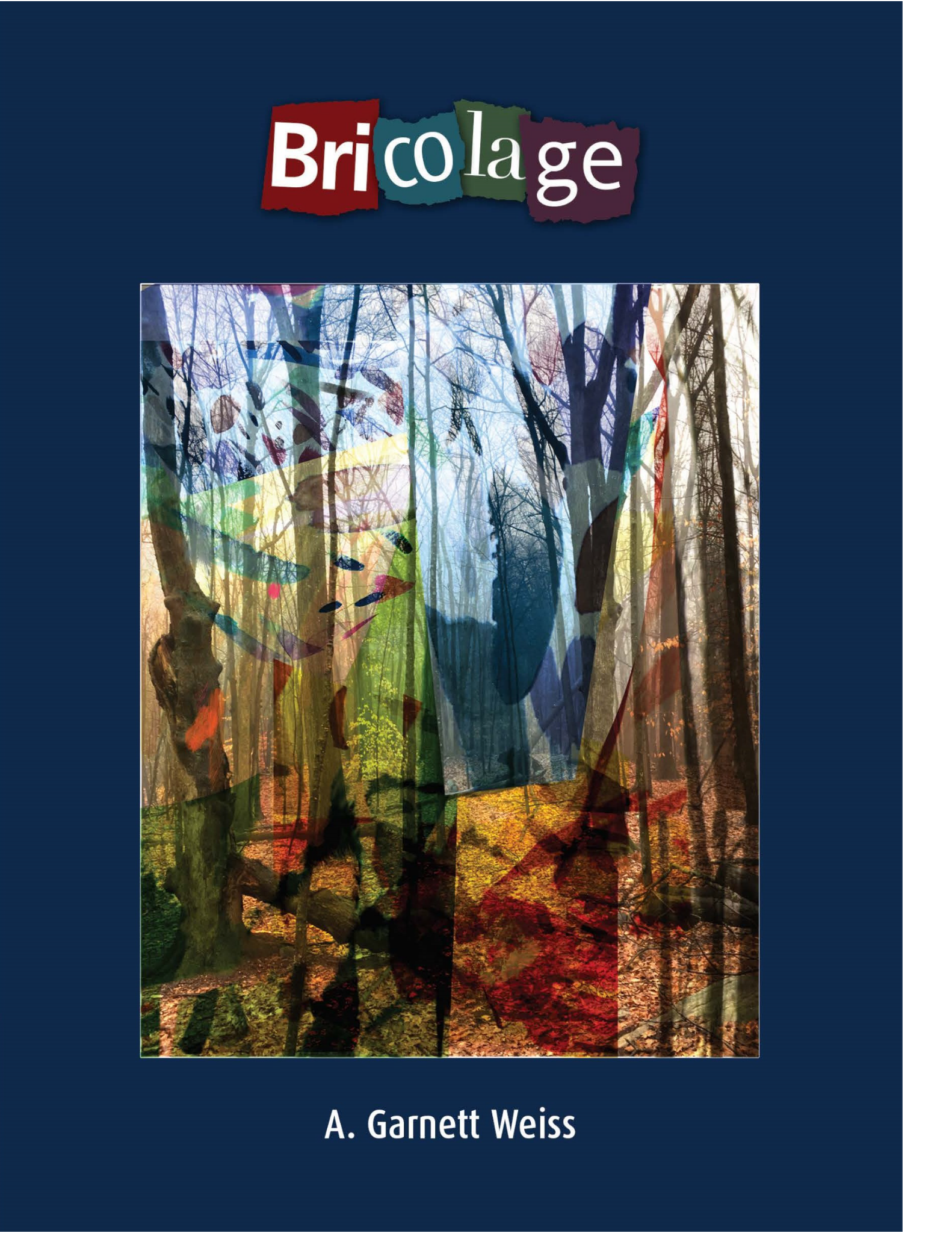 A. Garnett Weiss’s Bricolage is a truly beautiful publication – inside and out. The cover art, ‘Cathedral Forest’ by Diana Gubbay, is a superb significator for this recent addition to Aeolus House’s book list.

The word bricolage is adopted from French and defined as ‘a construction or creation from a diverse range of available things.’  An extremely apt title for Weiss’s ‘Gathering of Centos’ as the word cento in Latin translates as ‘patchwork’ or ‘collage’.

Unfamiliar with this form, I approached the book with a little trepidation and, almost immediately, was totally immersed.

A. Garnett Weiss (a pseudonym of JC Sulzenko) has ‘gathered’ sixty-two centos. Each line, including the title, exposes the inconsistencies and idiosyncrasies we all know by heart – as in “Against a guttering candle, written dreams”

‘It would be better maybe if we could stop loving the children.

What gets you is their unbewilderment.’

and, somewhat miraculously “In that certain darkness decided”

‘Everything is ready to begin

that impossible dream of beauty

because it resembles the unfolding we call love.’

A pervasive melancholy is evident throughout this volume, exemplified in “Rather than settle for the letting go in forgiveness”

‘I thought some wrongness in my self had left me that alone,

abandoned now, no otherwise now, even the otherwise gone

to a place no one wanted’

‘Every utterance we gave was the true one

to lean into your life.

The sun had warmth. The earth held firm.

There are other ways home.’

Once I opened Bricolage I couldn’t put it down until finished.  Weiss’s poems are breathtaking, intense and demand your whole attention.

I’ll leave you with one of my favourites titled “Psyche” that is short enough to include in its entirety.

Lamplight lies heavy on her breasts,

She is the green spirit looking for life

through the ribs of rain,

the lights of the flowers.

The edging wind eats everything,

You can never be taught

You can order a copy @ $22 CDN (includes shipping and handling in Canada) from bricolage.weiss@gmail.com, or go to www.jcsulzenko.com.

Bricolage: A Gathering of Centos by A. Garnett Weiss (Aeolus House, 2021)