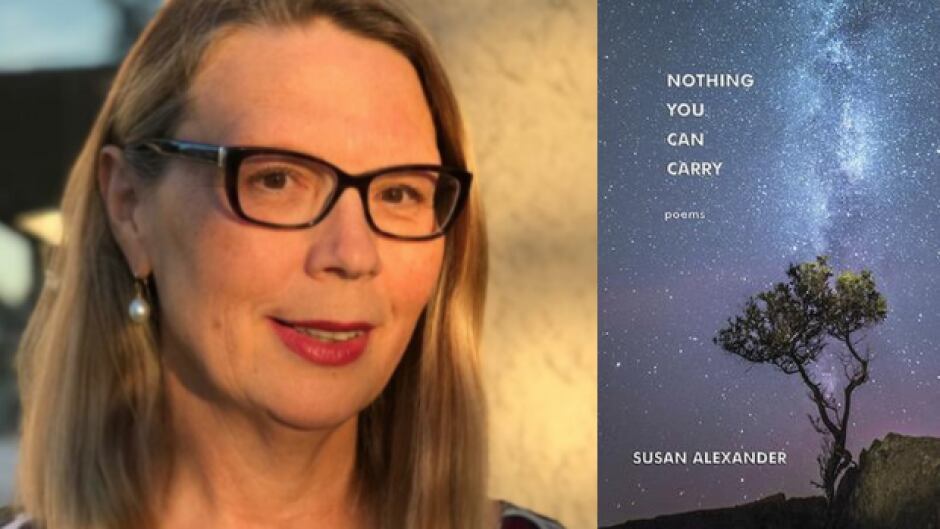 The title hints at the spiritual grappling with the material in Susan Alexander’s new collection, Nothing You Can Carry. It also relies on the important verbs in that phrase: is that which cannot be carried valuable because it is beyond the merely material, or is the “you” unable to carry the weight of all that the self meets with?

Alexander’s debut collection was The Dance Floor Tilts (2017), of which Lorna Crozier wrote, “I felt as if I’d come upon a contemporary book of common prayer,” and there are certainly echoes of the themes the poet addressed there again in this well-crafted new book. The section titles of Nothing you can carry evoke rituals, both personal and communal: Vigil, Confession, Parables, Pilgrimage, and Matins. Old words renewed, they contain reminders of the value of such practices and their origins in the heart’s hunger, especially in times when many are questioning conventional forms of faith, and questioning God, not least in Canada. Indeed, I met Susan briefly in November 2019 at the Aga Khan Museum, at the gala held there for the Ross and David Mitchell Prize for Faith and Poetry, which she won. Praise for the book on the dustjacket comes from Lorna Goodison, one of the judges of the prestigious prize.

In Vigil, Confession, Parables, Pilgrimage, and Matins, the themes named are reimagined, especially in the first section, Vigil, as the speaker longs for relationship, including with those who have died, and communion with the divine. This part of the book is comprised of the suite of fourteen poems that won Alexander the Mitchell Prize. The pieces fittingly evoke watching and waiting; for the dead and for God. Here too are poems wherein the speaker is apprehensive on behalf of the environment, and in fact mourning what’s to come.

In one of these, “Purgation”, the poet does what she does best: creates pictures and celebrates sounds in the verse, touches on the thingness of human life. The material world can be part of the spiritual, and vice versa:

Take heart. Shape me a hut

where winter streams into the bay,

driftwood for shelves for shells for dishes.

Water from creek from rain from tears.

Other pieces, more autobiographical, play with “you” and “I” as she does in her title. Personal stories intersperse with universal experiences of a speaker who is increasingly aware of the past while moving away from it. So, in “Threnody”, we learn: “You’ve been writing this poem for decades, / rewinding time until you don’t exist.” Here and elsewhere the book is informed by the author’s life in coastal British Columbia, infused by water and rocks, trees and “the humpback’s slow breath” (“All Souls Day, Bowen Island”).

The following section, Confession, is named for an act meant to evoke humility, forgiveness, and perhaps even mercy. Here, interestingly, we find more confession of vulnerability than of wrong-doing, including vulnerability associated with aging. Alexander is good at the extended conceit, as in “If Father was a Tree in the Boreal Forest,” and with narrative poems such as “Making Beds with Cordelia at the Avalon Motel in Osoyoos: Summer 1973”, which tells a story worthy of Alice Munro, in some forty-one lines.

The third section of the book is Parables. In some religious traditions, these are simple stories containing important lessons, intended to assist listeners modify their choices and behaviour, to do the right thing. Here Alexander visits folktales, as in a poem titled “Gone is the Brave little Taylor”:

The one who would not

rise from a dinner table

littered with bones and flies

to walk north through twilight

and starlight towards the peaks.

Other verse that melds archetype with the always ow of now is  “Young Huntsman”: “And the pleasure years/ pass so quickly—/ he throws it all away”. While the poet can and does use metaphor to create similar effects, this kind of direct statement—“pleasure years” is something at which she is equally good. So too is the juxtaposition of simple and artful wording.

The poetry itself is pleasurable, even when bleak, because of her gift with sound, together with the double-entendres where Alexander demonstrates her mastery thereof. So, in “Winter Rain”:

A body appears in the bathroom mirror.

She is startled the see the slender

Here this “shape nothing makes” brilliantly makes all those possibilities of “nothing” fresh again (think of King Lear). Evident again, too, is feminism as a recurring theme, although this is woven throughout the pieces that touch on particularities of women’s lives. That the “She” in “Winter Rain” here is “startled” by nothing also contains “star” and Alexander’s pervasive interest in stars and the (not-nothing-but-what?) that surrounds them. The cover photograph by Emmet Sparling is Cape Rogers Curtis Stars, also fitting given the recurrence of stars twinkling throughout in the book: “I hear the stars, their broken / music, the bulbs pushing / through frozen earth” (“Matryoshka, Nesting Doll”).

The penultimate section of the book is Pilgrimage—again a practice in most religious traditions. While the destination of a pilgrimage matters, it is the journeying and contemplation en route that matter more. (Never forget Chaucer’s pilgrims never reach Canterbury). As such, this section contains poems about travels, and poems set elsewhere. The title of the book is taken from a poem here called “Anatolia”, in the line “What you look for here is nothing you can carry home.” This is intriguing, since “home” is omitted from the phrase in the book title (and both are reminiscent of other titles, like “What We Bring Home” (poems, Judith Krause, 1986) and The Things They Carried (Tim O’Brien, stories, 1990).

This section contains one of my favourite pieces, an evocative look at the body in weakness in “Kasbah de Toubkal.” It’s a brave poem about excretion and pain: “tonight in high Atlas, while I dung out my sins.” Then, “I am a sphinctered tube from mouth to anus, a worm / with arms and legs and head. A walking, talking decomposer.” This poem, with its long uneven lines, goes on to catalogue, confess, and wonder. We have pilgrimage because it is, like other poems here, set in a land foreign to the speaker, but also because the experience renders her familiar body suffering and foreign, and its own landscape through which the foreign body travels. And as in other poems here, our current scientific understanding of how the body works enriches “Kasbah de Toubkal”:

Intelligence, someone told me, is not wholly contained

in the cranium but scribed into the body’s cells

from the libraries of nuclei and thereby

knitted into organ tissues and all along intestinal walls.

(tonight the protracted abacus of my gut counts regrets.)

What is striking is a lack of resentment at how things are, even here, and a lack of embarrassment in this recounting of the ordeal, where she notices in “the bathroom’s marble slabs” “fossils of ammonites and ancient squid” that make a kinship among all creatures, ingesting and growing, excreting, and dying.

At times the inclusion of a given poem in some section, as with “Kissing”, here in “Pilgrimage” is not entirely clear. This poem is certainly clever:

swallowing you down, so new,

So, “Kissing” is about lips, tongues, but just as much about sex itself (and sex and death).  So the slight and relatively innocent act is always about to become a deeper plunge. The “spreading apart” of the kiss is also, perhaps, about entropy, the universe expanding, and the end of (all) things. The speaker asking to be taught how to kiss is asking how to begin something, which inevitably will lead to the opposite. 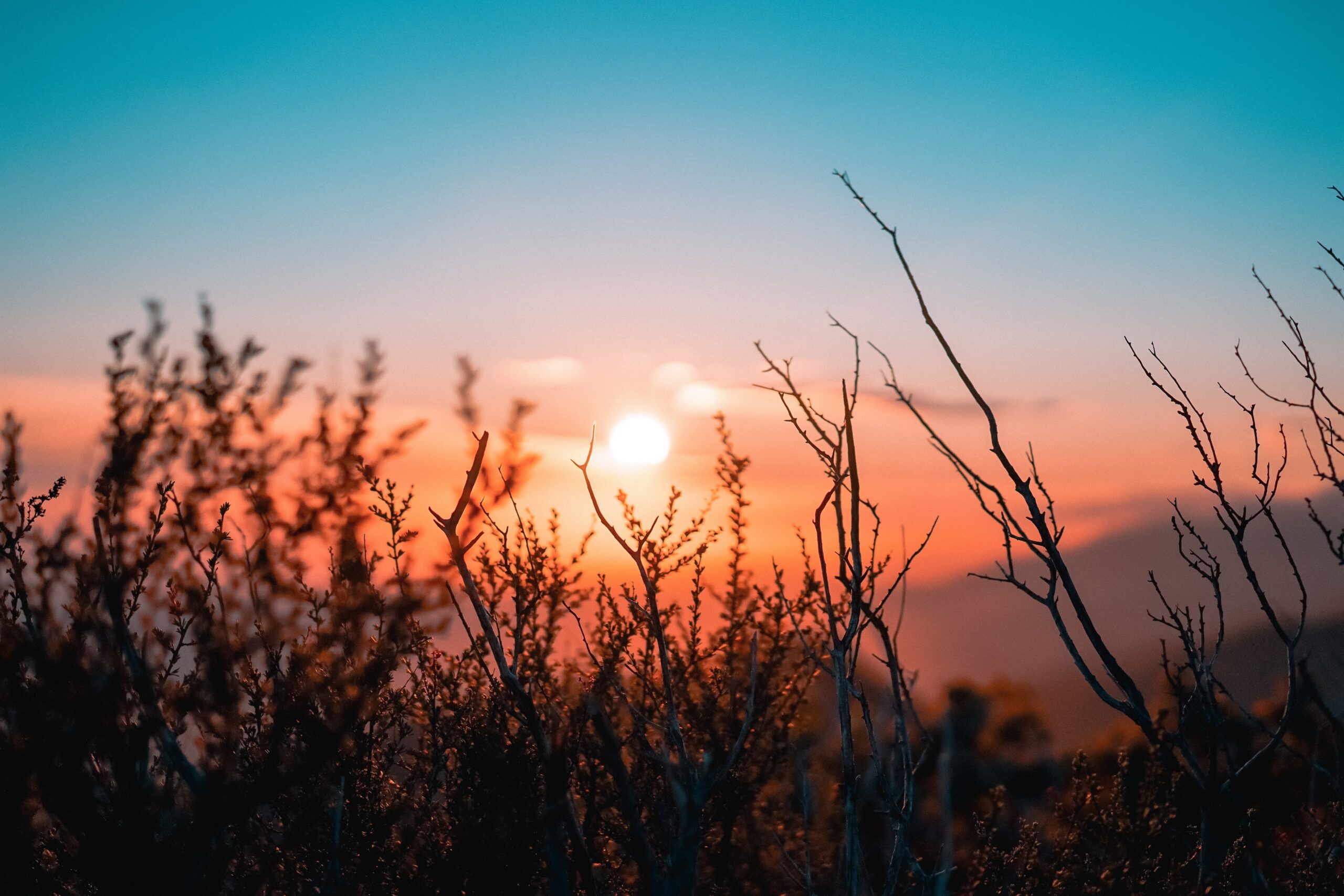 The book ends, intelligently and somewhat hopefully, with Matins. These are the prayers of the morning, thus suggesting both the circularity of life and the perfection of the circle, the mystery of creation. Most of the poems here, however, are not themselves hopeful. Rather, the environmental angst evident elsewhere is most forceful in this section. So, “Planet B” is creepy with “zombie dread”; so too that which follows, in “After Reading”.  These are poems where the uncanny takes hold. In “A Chandelier of Sex and Propagation”, the lines “It’s been a long time now since I didn’t know / I was killing the earth” take us beyond the sex-and-death message of “Kissing” to the responsibility of the generation which has learned in its lifetime just how much it does wrong, and how much it wrongs the earth, and is not doing enough to repair it, or restrain itself.

Now and again there is too much irony in a poem, which can prove distracting—for instance in “The Developer’s Curse,” twinned with “The Environmentalist’s Curse”—poems that aim too much, and so don’t always hit. Pieces that express anxiety about the earth work better when she sets them in the cosmos of those stars that preoccupy her. So, in the prose poem “Kashkul, Beggar’s Bowl,” where the speaker thinks about the moon, the words are deeply evocative, the images aligning matter and spirit and the miracle that is earth:

If you would only look up, you could

creature living in a tiny garden that is hurtling through mostly

empty space. You never got kicked out of Eden, you are living

The piece sermonizes a little too much thereafter, with diction that, although clear, is incompatible in ways that don’t quite work:

…it will be you who is doing the kicking

after you’ve finished carbonating the ocean and the

atmosphere. No angel with a blazing sword just you—burning

Such replacement of the angel at the gates (of Genesis, of Milton and Blake) with humans themselves (us) keeping us out of our own happiness, is powerful. A perhaps stronger move would have been to omit “carbonating” (which has a hint of humour, detracts from burning with an image of carbonated soda) and instead stayed in the metaphor to make the same point about earth’s sanctity, attacked by its inhabitants’ profane actions.

Immediately following this burning hellish earth is the hopeful, final, deceptively simple poem, “Last Morning”, which begins “Listen / It is still not too late.” Here a memorable piece itself reflects on memory, birds, blackberries, and a song the existence of which may or may not depend on whether one of us hears it.  “Late Morning” finishes Matins, and finishes  Alexander’s strong and lovely collection—a book which the reader can carry, and should.

Chantel Lavoie has published three collections of poetry: Where the Terror Lies (Quattro, 2012), Serve the Sorrowing World with Joy (with Meg Freer, Woodpecker Lane, 2020) and This is About Angels, Women, and Men (Mansfield, 2021). She teaches at the Royal Military College of Canada in Kingston, Ontario.

Susan Alexander is the winner of the 2016 Short Grain poetry prize and the 2015 Vancouver Writers’ Festival Contest. Her poems have appeared or are forthcoming in SubTerrain, Arc, CV2, Grain, Room, The Antigonish Review, and PRISM international. She is a regular at Lorna Crozier and Patrick Lane’s poetry retreats. For inspiration, Alexander writes from eclectic experiences — as a chambermaid, CBC Radio journalist, stay-at-home mother, waitress, lay preacher, and associate at a boutique investment firm, as well as from her family history and passions. She is an associate member of the League of Canadian Poets.