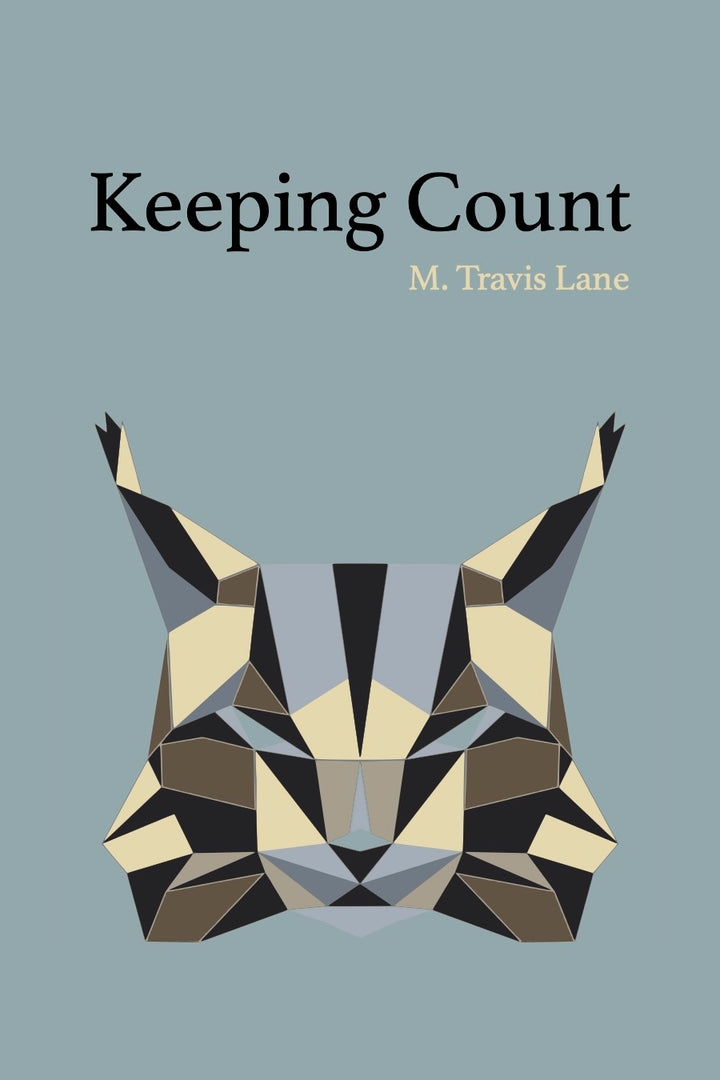 How can we think about aging and death? As frightening inevitabilities—matters of dread? As processes we’d prefer to wish away or hand over for biomedical oversight (at least in some cultures)?

In Keeping Count (Gordon Hill, 2021), no less than the 18th book of poetry by M. Travis Lane, we get a fresh line of thought. A seasoned poet writing, we surmise, during a late turn around the sun, Lane suggests that aging is a course of living that lets us map, count and credit the constellation of people, places and experiences we value—even when, like the stars, these exist only as after-images.

Call this mapping cosmic cartography. In Lane’s poignant, elegant collection, aging personhood becomes its own galaxy of feeling and memory.

Celestial (the moon, Venus) and terrestrial (a frozen river, a bobcat) bodies, play muse for Lane. But it’s the stars that thrill her—thrill the reader, too, as, within these pages, stars become self-contradictory symbols of loss and recurrence, natural beauty and death, certainty and illusion. Lane finds in them a (painful) route to catharsis. In its entirety, here is the poem, “The stars are surer than we are”:

The stars are surer than we are, though they throw fits

from time to time (not in our seasons but in theirs),

What in the sky are we sure about?

We’ve grown so long accustomed to the same

progression of the planets, but from us,

But not the difference we get.

Humans live by the certainties of patterns, even as we wish to exceed the rules of nature. This poem asks us to look past our clinging and empty wishes to honour what we get with age: an inner display of a life lived—and no more.

“Is this enough?” asks Lane, in “The Sergeant Major,” a poem about death, implying that it pains us to glean so little meaning from life. The cruel stars ignore our losses. The seasons roll on. Lane drives this point home in poems like “Erasure,” where people on a beach are “scummy litter” compared to the vast ocean, and “March Wind,” where thoughts are no better than last year’s leaves that “…scatter, flotsam on the zest/of spring’s unmindful violence.”

Still, in “Night is the Grand Cathedral,” the indifference of the firmament has a sacred quality that frames human experience—a cosmic comforter:

conceals, as if we need not know,

under the stars, our uselessness.

And in “Homesick for What?” the narrator delivers a brisk, rhyming stanza about coming to terms with the limitations of what can be held onto:

Better a map that is out of date

than these new ones which show

only the places we’ve never been,

blotting the ones we know!

Aging, then, and even the world’s cold shoulder, are far from the worst things about living. Forces that bar access to natural phenomena—the malls, parking lots, non-native plants, overlarge hospital buildings, and nursing-home games that prickle in these poems—are much worse. They inhibit self-knowledge.

Yet we make these things. We are all complicit, Lane suggests, in softening the edges of living and dying with the apparatus of modern life, even as it robs us of our best chance at acceptance. In “The Satellite,” Lane distills this bind into a meditation on a human-made orbiter:

its eastern pose a clown’s pretense,

as steady as it seems at dawn,

tomorrow it may not be there,

but will have gone,

at someone else’s night.

A damning portrait that might apply just as well to human inconstancy. Lane hints that our capacity to connect to the universal is lacklustre, thanks to our endemic boredom and insatiable need for human contact, as in “My Old Pal Venus,” where the appearance of a favourite planet provokes a wry comment about non-human interlocutors: “I’m grateful for the company, such as it is.” Likewise, in “For Ruth,” an aged narrator reacts neutrally to the comforts of empty daytime hours and cats, “all I have left.”

It takes bravery, then, to hold onto the cosmic map we have of ourselves and face death. In “We Must Give Thanks,” when fading memories of a dying child provoke guilt, the narrator shores herself up to walk an existential tightrope.

We must give thanks for courage

when it comes. We must

pick up our beds, our sickly child,

Lane’s collection leaves unsaid who this child is, leaves inconclusive the final crossing into death. But in Keeping Count, she tallies no better anchors for human presence than earth and its aether.

One of Canada’s most distinguished writers, M. Travis Lane lives in Fredericton, New Brunswick. She received her B.A. (Junior PBK) from Vassar College, and her M.A. and PhD. from Cornell University. She and her husband Lauriat Lane came to New Brunswick in 1960. Travis taught briefly at Cornell and at the University of New Brunswick and is a Honorary Research Associate with the English department at U.N.B. She is a member of the Voice of Women for Peace and a Raging Granny, a member of the Writer’s Federation of New Brunswick and a Lifetime member of the League of Canadian Poets. She has published nineteen books of poetry and two of prose. She has received numerous awards for her writing, including the Pat Lowther Memorial Award, the Alden Nowlan Award for Excellence in Literary Arts, and the Lieutenant Governor’s Award for High Achievement in Literary Arts. She was also shortlisted for the Governor General’s Award for Poetry in 2015.