the correct fury of your why is a mountain (Gordon Hill Press, 2021). 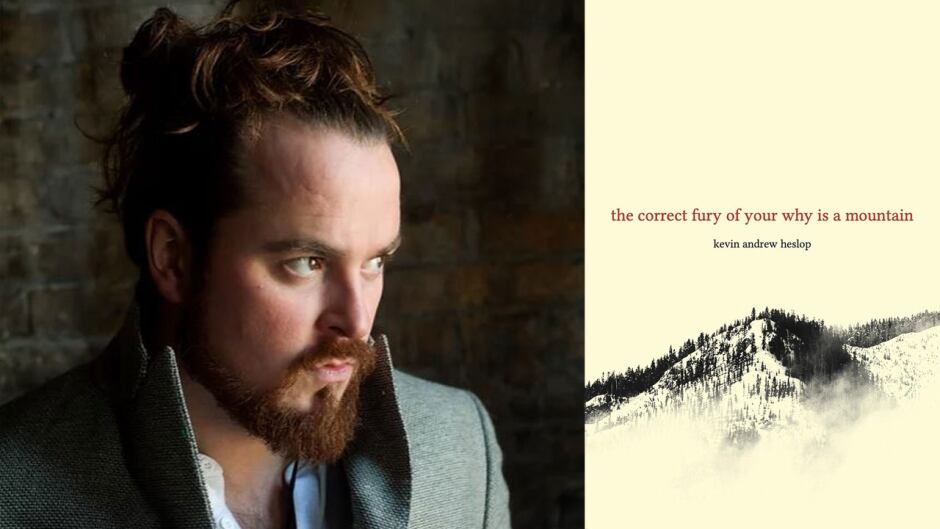 The author’s choice of quotations from Hass, Lee, and Carson, even before the book’s forward, are the first delight. I will use their words as an idea and a guide, inside and outside of this book.

I picture the words “barefoot” / along a / painter’s tendon.”, savour the slant rhyme in the forward and delve into the poems.

White space puzzles me in the first section of the book. Poems are punctuated by large and small spaces between words and phrases. I’m tasked with reading the words and the spaces. Both are important. Content plus form to mull over like in the lines “the one and only       weird

I’m drawn to the idea of “correct fury”, and the why that is a mountain. It resonates as I picture growing fury and the mounting evidence that can build like anger does as more and more evidence is collected to justify the fury.

I spend some more time with the titles. As I scan the book, I encounter other sentiments and ideas that echo my own, including this small sample,  “there is no minor violence just as there is no negligible cough during an aria”, “the frail light of birches”, and “conversations ongoing”.

“actually listening to ducks is preferable to the predicated pinprick religion” is a stellar example of  heslop’s engaging poetic puzzles. He begins with the idea that “the virus is the thought we are individuals” and moves to “walking by the very geese / seem to have   i’m sure it’s nothing serious but   forgotten how to migrate”. The poem moves from one poetic idea to another, forcing deliberation and pauses.

In “Astoria, the narrator observes “I remember feelings deeply disappointed / as if in this negligible way I had failed to demonstrate / any talent for self-destruction”. In, “fiction”, heslop writes “When David Foster Wallace” said / fiction’s about what it is / to be a fucking human being, / he didn’t mean to insinuate / coitus is the principal occupation / of the imagination, but may have:”. These poems as well as the lines, “I can say that I’ve been bitten / by mosquitoes from two separate area codes / within a twelve-hour span” from “back in town” generate serious chuckles.

Narration is thorough and at times clinical and distant. heslop writes “She is a lab technician, let’s say, which means that earlier tonight she relieved her scap of the gentle ache the bun of her hair makes…”, in the poem “human beings have met to suture the wounds / the railroads have made across this country”. He returns to the bun again at the end of the poem with this final piece of narration “…and convince your scalp into its professional bun and stand / with your throat in your hands wondering what in the world is coming next?”.

Descriptions are surprising and fresh. Sometimes they are punctuated by repetition, making a pointed comparison In “i cavalloni” the poet writes, “are like teenagers / are like horses / capable of bucking the very sky”. In  “the rub of time”, I encounter repetition and like again with its, “white flags / like twisted linen hang like pendulums like cab drivers.”

The poem “on the difficulty of describing bill bissett” towards the end of the book, is an ode. It’s quirky and fun, and a fine example of heslop’s skill. The language and content illuminate and mimic bill bissett. The repetition draws the reader. In. Every stanza begins with “if i sed”. I want to know what the poet “sed”. You will want to know what heslop “sed”.

I’d like to end the review with this stanza from the same poem:

to read from it wings

Nancy Daoust is a newcomer to the Canadian writing scene. Her writing often explores our relationship with nature and the place where we live. It is also influenced by her love of pop culture and music. A retired educator, she is an associate member of The League of Canadian Poets, belongs to the Sudbury Writer’s Guild and volunteers with Wordstock, Sudbury’s Literary Arts Festival. Nancy has been published in Terra North and was part of Sudbury’s storefront poetry project. Two of her pieces are published in Painted Voices, a chapbook about Sudbury’s General Hospital, and its RISK mural. She also has two poems in Sulphur XI, Laurentian University’s 2022 literary magazine, and her poem “so many words” won honourable mention in this year’s Dr. William Henry Drummond’s poetry contest.

Kevin Andrew Heslop (b. 1992) is a multidisciplinary artist from London Township Treaty territory. In addition to two chapbooks—con/tig/u/us (Blasted Tree 2018) and there is no minor violence just as there is no negligible cough during an aria (Frog Hollow Press 2019)—his work as a poet, journalist, filmmaker, curator, and playwright has recently appeared or is forthcoming with The Fiddlehead and Anstruther Press (2020), The Devil’s Artisan (2021), Museum London (2021), McIntosh Gallery (2022), and TAP Centre for Creativity (2022). His full-length collection of poetry, the correct fury of your why is a mountain, is now available from Gordon Hill Press.