The Language We Were Never Taught to Speak by Grace Lau, Guernica Editions, 2021 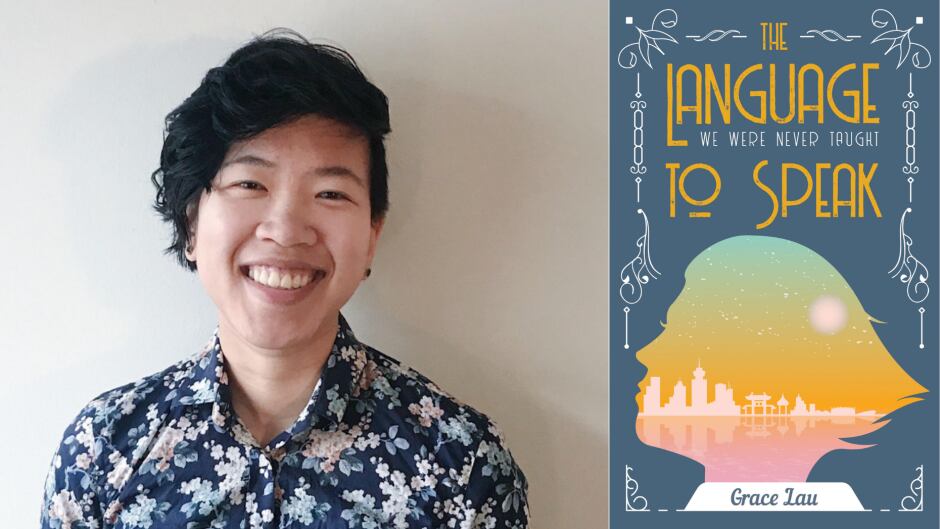 The Language We Were Never Taught to Speak, debut poetry collection by Grace Lau is an intensive attempt in discovering concealed elements of immigrant inheritances. It also depicts the themes of  queer yearnings, multi-generational mysteries among Asian migrants.

She opens talking about her grandmother’s performance at Cantonese Opera in ‘When Yuhua Hamasaki Went Home’.

This poem is loaded with many a tremor. The conservative concepts about men to be robust and capable of using weapons while women as synonyms for weeping are insightfully displayed. The dexterous performance of her grandmother aptly arouses admiration and respect for the artist and the poet.

When my grandma performed

she swung a sword as man,

Shakespeare isn’t the only

Her verse captivates in recounting the presumed traits about Chinese girls. The shades of model minority myth are painted in grayer shades so intensively in the same poem.

Chinese girls will do your taxes

and fill your prescriptions

As I am familiar about similar branded images of ‘Indian Girls’, it connected me instantly.

The same poem continues to explore many odd and inexplicable phenomenon –  Japanese adopting Chinese characters, Chinese drag queen taking a name like Yuhua Hamasaki. She ingeniously, relates these to the tragic oddity of women taking the names of those who hurt them – physically emotionally as fathers, husbands curtailing their freedom and inspirations. The reference to strangers greeting her in Japanese and Nanjing (Japanese military invaded Nanjing, China and engaged in a campaign of mass killing in December 1937) seems to have subtler connection.

maybe it’s no stranger than how we take

the names of those who bruise us

it’s no stranger than men saying

konichiwa to me almost everywhere I go

The concept of ‘Going Home’ or finding home is always a puzzle for people living in foreign lands.

Her poetry elegantly depicts how the home is acquired in six by four photographs, China Towns and T&T supermarkets or in the stars or in your thoughts. Not knowing one’s motherland is an intricate notion familiar only to those that prevail on unaccustomed lands . The predisposition is something that affects and reflects in these lines.

‘How do you find yourself

When you don’t know your motherland?

Would you have let her be given away again?’

‘The thing with returning to a home

that exists only in your mind:

They tell us home is in the stars, it is hung from the heavens—

to go home is to grasp at

to go home is to seek

I touch home in a six-by-four photograph

I hear home in a T&T Supermarket

I see home in Chinatowns that feel the teeth

but I can never go home’

In “The Next Time You Scold My Body “, the poet candidly recognizes that no one will fight for you, and no one has a right to find fault with your body. A very simple yet strong theory – you own your body and that your body is loyal to you, and you have every right to love, defend and savour your body.

fought on the too-dark fields

In another poem, ‘‘The Lies That Bind’, a granddaughter wonders about her grandmother’s age as she believes the latter stole a few years to work early to feed her family. Her age is another secret like that clandestine ingredient in her jellyfish sauce. And her age is mired at ninety for the last six years and probably for next six as well.

One other theme her poetry features is queer relationships. She seems to understand the unmeasurable distance between being loved and being accepted as gay kids. As said so aptly, there is no good time to tell your mother about your unconventional longings. And the mother’s response is quite typical of any (Asian) parent and conveyed so forceful in one simple sentence:

‘She said loneliness is better

Her concept of multiculturalism in Canada is audacious and yet true.

Canada is often envisioned as a mosaic, where ethnic groups have maintained their distinctiveness while functioning as part of the whole. The poem ‘3 am Communion’,  presents a unique notion of multiculturalism in Canada.

when we say Canada is a multicultural country

that everyone is equal before the law,

or that every God is welcome.

and cultures are for eating

More autobiographical and the most invisible identities of immigrant life displayed so vivid in her poems. It is such a paradox that one generation of hands and feet strained building railroads and traveling across continents while their successors offer care of feet, veering of nails and hands. May be the hands that hurt know to treat others’ smooth.

I guess it shouldn’t be surprising

that nail spas are run by immigrant

Unspeakable fears and qualms rule the lives of immigrants and reflect in the very mundane occasions.  Saying sorry also happens in a unique way of their own.

‘Sometimes an immigrant family has to create

its own vocabulary for apology:’

‘I Don’t Hear Cantonese in Chinatown Anymore’ is yet another interesting poem. It repudiates the myths about Chinatown being considered a safe haven, a place one would hear Cantonese in the streets and familiarity and family. It is not uncommon to find ‘devils that speak your language’ that propose to strangle the culture at the same haven.

This city speaks veganese and venti—

a prefab vocabulary born of swallowing

with new money in its teeth.

Influences of Church, technology, western culture, and ancestral customs among second-generation lives are revealed artfully in her poetry.

Do you fear me,

will you survive me,

A very remarkable last poem ‘Birth/Right’ talks about the odd linguistic fences between immigrant parents and their children. Their failure to speak like native and their frantic focus in making their kids learn so called ‘good English’ with no grammar mistakes is portraited subtly here.

in an English colony so naturally

‘Have you ever seen white people

care about grammar as much as

She maintains a tenacious tone and valiantly demonstrates the lonely corners and abandoned experiences of great pain in many folds referencing to archaic traditions and lives of ancestors. Readers explore the obvious and obscured identities of immigrant life in poems like “Ginseng, winter melon, lotus root,” “My grandmother’s wallpaper,” “My grief is winter,” “Family Vacation,” “Pedicure at Pinky’s.”

The Language We Were Never Taught to Speak by Grace Lau, Guernica Editions, 2021

Padmaja Battani, originally from India, lives in Ottawa/Connecticut.  She received an MA in English Literature.  Her work has appeared in Sierra Poetry Festival, Trouvaille Review, New Pages, Coffee People Zine and Black Cat Magazine. Her latest passion is hiking. She is currently working on a Poetry Collection.

Grace Lau is a Hong-Kong-born, Chinese Canadian writer raised in Vancouver and currently living in Toronto. She enjoys Harry Styles’ fashion choices, swaying to music, and sushi. Find her on social media @thrillandgrace.