I’ve long admired the playfulness of Dennis Cooley. The Muse Sings is his 21st book. His abcedarium (University of Alberta Press, 2014) has a freewheeling sort of swirl of concrete poetry and it continues in this new collection; “is the letter ‘a,’ letting out, ‘eh'” on p. 68 or a play on typos “a slip of the pen/is to be/come  he bene/fitting from a slip”. There’s a certain romp rather than pretentious poet voice pomp.

In his selected poetry Word of Mouth (Wilfrid Laurier University Press, 2007), Cooley wrote “the first thing you should know/about me is i am/ a sound poet.”

In an interview by poetry mini interviews he said, “Poetry’s the lucky terrain of what-ifs and just-supposings.” and describes, “a poem whose wit and rhythm rinses you with newness. You want lines, you hunger for lies, clever and unusual lies”.

He’s at his best when he uses language like Lego. In The Muse Sings he finds a sort of Matryoshka internal rhyming as in “librarians.” p. 102-103

among the shelves & key

its its exciting to be

This I find fun and exciting. He’s known for his “typographic exuberance”. The problem with reading is the reader. When he used abecedariam random fonts, cowboy, handwritten italic, sudden pops into something of the Helvetica family, the words flutter and twitch changing typeface within the words, it was reminiscent of 1970s children’s books. I thought it fun, breaking up the tedium of uniformity, in line with his capering through subjects.  Staggered lines, staggering word play. 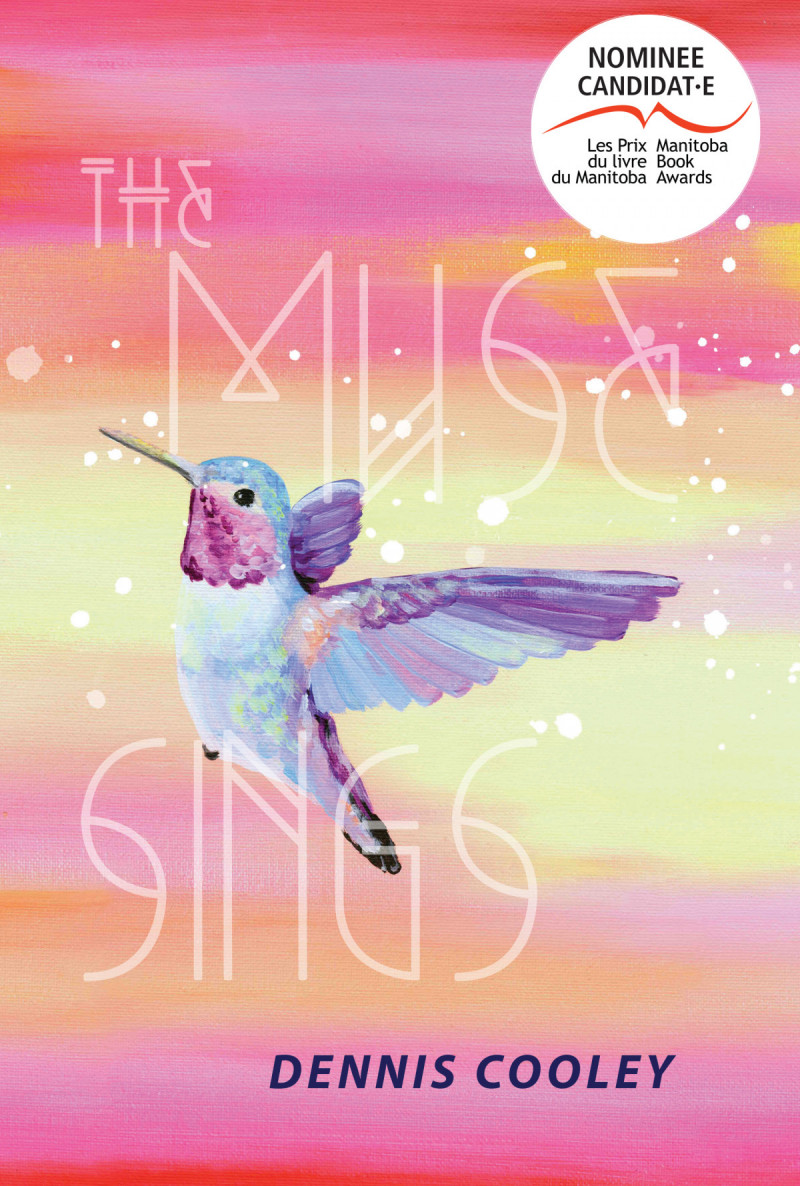 When he does it again 6 years later to illustrate onomatopoeia whu-ump! bang! plup! it brings in comic book aspect that feels half play, half like a shortcut to being articulate. When in a poem you can say anything, why did that make the cut to binding? Yet, they translate his voice and he’d probably shout the words live. Yet, I feel talked down to and the use of typeface seems a dated praxis. Me culpa. Mia cuppa tea, ear grey cold?

Sometimes you have to judge a book in part by its cover. The Muse Sings has great production values of hard cover binding, sweet page layouts and fonts that are friendly to read, scale of font and book fitting the line length. A few poems are crowded to the margins. A little eccentric that the table of contents is all in boldface. Medium paper weight with a shadow of the other side of text showing. There’s a distinctive wraparound cover design with an Art deco font. It’s printed on 100% post-consumer fibre paper, as all books should be. Overall an enviably object of design. Cooley probably concurs since his next title, Gibbous Moon, will be out with the same publisher in October 2021.

The central idea as the title suggest is a dialogue with the Muse, a romancing the imagination. Since Cooley likes to play, I’m sure there’s a bouncy humour underlying the whole premise of an affair with the Muse. His muse is sassy and demanding. He takes the idea of transcription from the Muse literally.

But the male is voicing on behalf of the female, and it relates in a sparring. Why is the Muse female at all? Why not partner with a woman writer to voice the muse as a collaboration? The whole sexual dynamic of male writer and female muse is uncomfortable, in an era of female writers taking back control, the silencing and speaking over being the object of muse. Does that make this subversive of subversive? p. 82

“as for her part she said

she was tired of being

it was high time for an affair[…]

hinted she was mocking

time (or stalking me”

So is it empowerment for the muse to be an equal engaging tit for tat or being the initiator? Does not this metaphor tread close to blaming the victim for being an obsession? More problematic than problem solving.

It largely fell wrong as I’m not the ideal audience. The idea of a man having a female muse seems dated by nature. He tries to re-inject it with zest. He aims to deconstruct the idea of untouchable muse, like he deconstructs everything else where the muse can tear a strip off (p. 122) “you and your half-baked terracotta heart.” The Muse as female falls flat sometimes but humour is personal.

Cooley at least engages the subject of women, whereas some male poets choose to use quotes and references as though there is only one gender in the species. Is that to the greater good? For example, Cooley describes a busload of woman, characterizes them as Sumo wrestlers, as “heifers in heat”, as killer stampede, (p. 123). If read by a man in his 60s in the 1960s, this probably would be funny.

It’s not like he doesn’t like cattle. They are one of his touchstones it seems. In Cooley’s The Bestiary (Turnstone Press, 2020), narrative farm animals clop through including “the cow called Esmeralda/whose hormones blew past/ a ruddy and sometimes luminous moon.” In Perishable Light (Coteau, 1988) cattle are on the cover and sympathetically spoken of in “dreamfarm” (p. 20) “these ambles of bone/large with fluid//flies at their eyes[…] noseslurp & hiplurch/down into the yellow/knuckle of barn bright as corn/limp with ecstasy” and yet at the same collection, a metaphor on mosquitos describes them as “they are ladies/of the night” and “she is a feminist of the vampire world” (p. 57).  That said, I wouldn’t agree with my own ideology from 33 years ago so why would he? And of course, what does Dracula mean to someone who wrote a book on Dracula myth? “Seeing Red” (Turnstone Press, 2003). In short, I sometimes struggle to find my footing on how to interpret Cooley. He means no ill but does he do no ill?

He is on a roll of publications with Cold Press Moon (Turnstone, 2020), which is more narrowly focused on recasting myth and fairytales. He likes the act of turning language and story inside out.

Each book has its own flavour. In Correction Line (Thistledown, 2008), there’s his characteristic exuberance (p. 35) “thistle practice epistle cat tails coat tails red coats tails man tall men some bearded some apostles white men wade through light nearly mire in sloughs under grasshoppers that thud against”. The whirl of word chains ricochet about. The poems are intense.

In The Muse Sings there’s a slow-mosey pace. In “wherein they dispute” (p.64) “so what if i have/mixed the metaphors.who cares if i come//like iambs to the laughter”. It’s his poem and he’ll own and own up to any puns he likes. He’s having fun. The reader opts in, or doesn’t. Either way, his techniques are opening up the box of what a poem can be.

Dennis Cooley has lived most of his life on the Canadian prairies, where for over 40 years he has been active as teacher, editor, poet, critic, anthologist, publisher, mentor, and supporter of writing. His work has been immersed in family, the prairies, and a play with form. His most recent titles include three books of poetry—The Bestiary, cold press moon, and The Muse Sings.