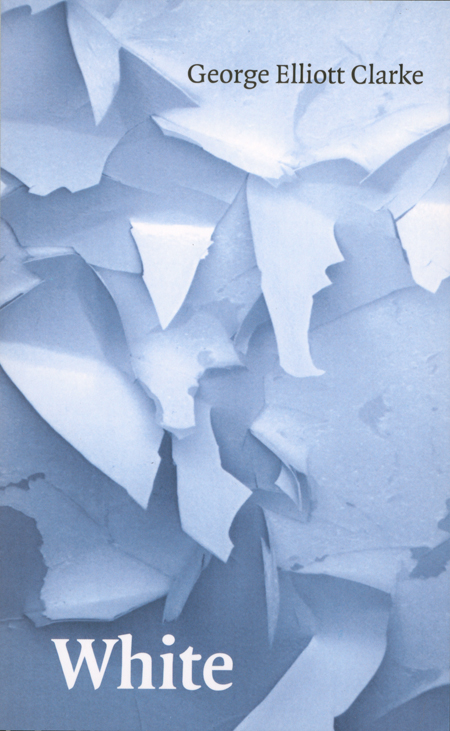 In his new collection of poems, White, George Elliott Clarke expands his quartet of ‘colouring books’—Blue, Black, Red, and Gold (yellow) to a quintet, or, as he biblically submits: “a Pentateuch!” White, which Clarke deems a “necessary colour,” is not the end of his rainbow; he aims to extend his series to seven, as in the visible colour spectrum, which comprises the three primaries, the three secondaries, and indigo. Clarke waives orange, indigo and violet, in deference to brown—the earthy tertiary, and black and white: not technically considered colours. But hey—a poet can claim license to say whatever he needs to say and Clarke is a poet with much to say, in his inimitable way, on a broad band of talking points.

“True: Guilty people are born with every breath…. Politics is a sink-hole of Amorality…. My full response can only be numberless poems—Canticles—” (from “Living History”)

“K = Ku Klux Klan (of course), them white sheets / swishin neath the judge’s Gestapo-black robes, / them white dunce-caps of the S. S.-hissin jurors, / them white, newsreel lights of the circus / Big Top struck invisible / in the risible, kangaroo courtroom.” (from “Emmett Till (1941-1955): A Beginner’s ABC)

“Now, you and me and he and she and they / Are pronouns defining Humanity, / But they are not—really not—definitive: / For how we lean determines how we live. / Note that he is within she or that she / Includes he: Fluid is Identity.” (from “Pronouncement on Pronouns”) 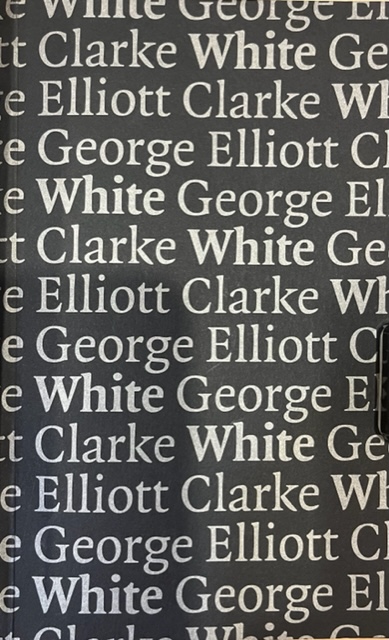 “Equality terrorizes the elite…. white doll heads / got snapped off because males enjoy / smashing things rather than talking. (Anyhow, what victories do the weak / win? They’re better off being subtle, / seditious, secretive—just as poison / works best as tasteless, odorless, colourless.)” (from “Landing: A Love Story”)

Clarke can also be tender, unabashedly old-fashioned amorous, biblically romantic. In lines like: “How beautiful the song of her breathing”; “Your slim, trim figure transfigures the night”; “Dawn binges on birdsong trill, / and I kiss you Giovanna”; “Your carnation lips, carnal with lyrics…. played twixt piano-ivory teeth”; “Her hair flows down—/ a gold dispensation / o’er the Galilee of her body—/ the white empire of her body.”

Page 88 displays a young, handsome, bespectacled George sporting an afro, white tux, bow-tie and black-frilled white shirt, wide-smiling for the camera in a street shot. He looks to be not much older than he was when he first read Pound’s free verse translation of Li Po’s luminous “River-Merchant’s Wife,” which struck him, in the formally gorgeous self-portrait poem, “16 / 61,” as “lustrous.” Indeed, it is. And in “Weathering,” another formal piece, Clarke has penned a poem for the ages: “That Beauty and Peril come twinned…. Uncompromising is Beauty—/ And Love—while frost to blossoms melts—/ To breathe is to love. Our duty? / To spy—past clouds—how light results.” One might also say, ‘how white results’.

Provocative, touching, eminently germane, Clarke’s White, potently on the pulse, makes reading an immersion experience, an education. Take it up.