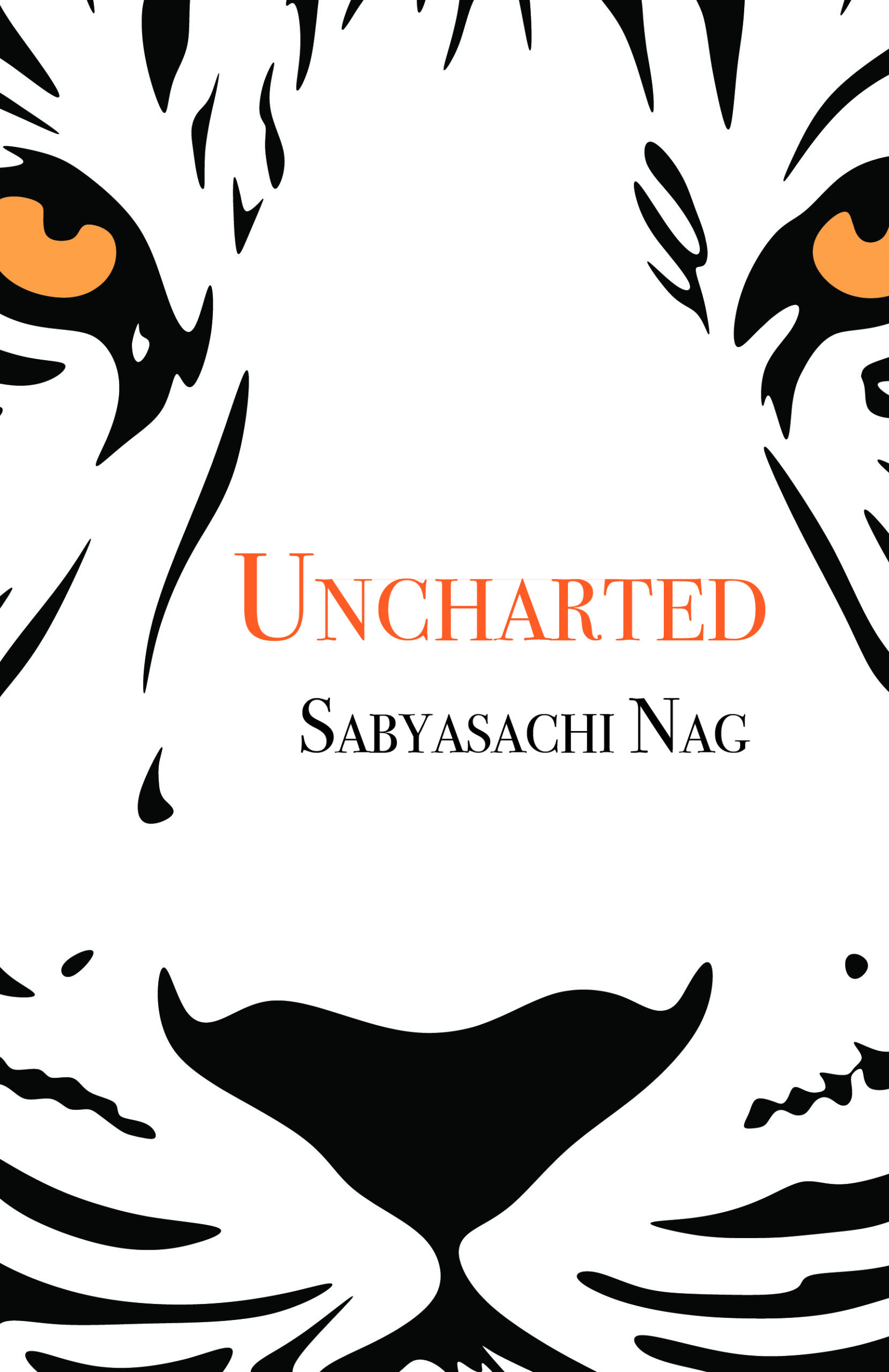 There are certain canonical books to which I always return, as they have an almost scriptural appeal to me. Lawrence Ferlinghetti’s passing led me to read parts of Poetry as Insurgent Art for at least the twentieth time. Poets of Contemporary Canada 1960-70 (edited by Eli Mandel) is my favourite snapshot of that era’s work.

Michael Ondaatje’s selections from the latter recently struck me with profound depictions of family members, the distinct form and composition of each poem, and unforeseeable endings which actually help me see and feel the pieces more fully.

Sabyasachi Nag’s Uncharted, released this year by Mansfield Press, reminds me of Ondaatje. However, Nag blazes his own trail in this mapping of his consciousness.

“What We Make of Symbols” transports the reader from a Canadian living room to a taxi ride in Calcutta, India. Some shirtless boys, the same age as the narrator’s son, are begging the travellers for food.

Amidst this discomforting scene, we are drawn to one of the boys, “…woozily/drawing vapour swastikas/on the fog of his breath…”. Long before the Nazi’s misappropriated this symbol, the swastika was a harbinger of health, luck, success, and prosperity, as pointed out by the author in his notes. This young boy has taken back ownership of this beautiful icon!

Our narrator ends the poem comparing this boy to his own son, new to Canada, staring at Christmas ornaments in their neighbour’s yards.

In “Still Thursday”, the narrator is holding their six-year-old’s hand. They are waiting for a cheque from an estranged family member, but instead receives a letter of recall from a meat plant, which reads as only a slightly better fate than needing the bailout.

This short poem features several images of eyes in various modes of seeing. At the end of the first stanza, the six-year-old complains about being poked in the eye at school. The second stanza ends with deep brown eyes unspooling as if waiting. This gives the reader pause to consider all they could be waiting for.

The third stanza concludes with a garbage truck, “…shadows of empty recycling bins/lengthen in twilight’s slant and everything makes sense.”

Eleven poems which contain the word “Ode” in their title are a theme in this book. Not surprisingly, the last section is entitled “Death”. The first poem in this section, “Ode to a Broken Elm”, marks the final stages of the decay of a tree.

It is April, generally thought of as a time for rebirth. However, “Gladiolas, hobblebush, dogwood and rockets/have gathered around the ancient elm/broken since December.”

Stanza three shows parts of the tree marked in orange – the useful parts, as determined by those planning to cut it down.

But the poem ends with the image of the fallen leaves trying to nest themselves into fissures in the ground and be re-born. Even in this description of an entity waiting for death, there is the desire for life.

“Moments Before Ice Shatters Roof” begins with a sense of immediacy: “A foot away from the terrace,”. Where the poet typically uses great skill to introduce the scene, providing tremendous detail on the surroundings to draw the reader in, this piece startles into awareness. The second line, “then the lake gone quiet-“, lulls the reader into a false sense of security.

The most resonant stanza in the book for me is stanza three of this piece. “Then you want to believe in promise-/things that can be started again;/a whole new state of being;/not the same as naming,/today you have no need for naming.” In a section titled “Death”, in a book with eleven poems which contain the word “Ode” in their titles, a line that yearns for things that can be re-started. And then, from a poet who spends so much time naming, saying there is no need for this today. Something remarkable is happening here!

The poem ends with the ice shattering the glass dome of the boathouse, the narrator wondering what broke first, the ice or the glass. And then the perplexing lines, “You just know the flower girls/are not going to like that.”

I don’t know if people will still be reading Sabyasachi Nag in fifty years, or if Uncharted will become a canonical work. That is for people who will be greater than me, perhaps unborn, to decide. I do know that it is thought-provoking, artfully told, and gives a unique perspective.

Purchase Uncharted from the publisher

Patrick Connors has been a mainstay of the poetry scene in Toronto for many years. His contribution and his commitment to the poetic life of the GTA and beyond is well-known. Finally, The Other Life (Mosaic Press, 2021), his first collection of poems, establishes him as an original and distinctive poetic voice. His considerable reputation is already well established and this volume will be read, enjoyed and cherished by his many admirers.

Sabyasachi Nag (Sachi) is the author of two previous collections of poetry: Bloodlines (Writers Workshop, 2006) and Could You Please, Please Stop Singing (Mosaic Press, 2015). His work has appeared, or is forthcoming in several anthologies and publications including Canadian Literature, Contemporary Verse 2, Grain, The Antigonish Review, The Dalhousie Review, The Maynard and Vallum among others. He is an alum of the Writer’s Studio at Simon Fraser University and the Community of Writers at Squaw Valley. He holds a graduate certificate in Creative Writing from the Humber School for Writers. He lives in Mississauga with his wife and son.