As a New York based, Canadian poet, performer, lecturer, committed to a poetics of diaspora, nomadicism, or as bill bissett says “yesmadicism,” I have found myself on a lot of airplanes. Coincidentally, the publication of this article in honor of National Poetry Month coincides with the AIX (Aircraft Interiors Expo 2020 in Hamburg), in celebration of the 106th year anniversary of the first commercial flight. In a constant state of betweeness; between countries, continents, identities, (politically, aesthetically, geographically, linguistically), and consumed with the relationship between language, travel, eros, meaning and being, all my work lately investigates how the airplane as an erotic theater, a social text of secret motives, is structured like a language. Between leisure, labor, utility and entertainment; the airplane, like language is neo-formally acculturating and reshaping telos, housing the flow of power and capital within it.

Because we cannot separate poetry from the world or the world from poetry, it points toward a revolutionary politics of meaning and being, speaking to ways both individuals and meaning get transported to multiple and sometimes unexpected destinations; how language travels through a variety of zones, registers, soaring to higher and higher levels, highlightinh how both the airplane and language as communicative models, leads to radically transformative possibilities of pleasure, power and promise; polylinguistic insignias, hypersystems of ærotic arousal.

And, as a transplanted Canadian, mired in a highly charged political and environmentally conflictual morass, I’m particularly interested in ways poetry as a hermeneutic process in all its shifting and variant expressions lets us explore ways we are enveloped in the language we’re constructed by.

And thinking about the airplane, metonymically, (as a model of communication), we literally become the letters travelling through space and time, through multiple shifting zones of desire; and how through our language, perhaps we can reroute ourselves towards new ways of thinking and being.

inscribing itself as a site of radical intersubjectivity, its very name highlights subjectivity as a spectrum of differential r/elations.

Also, the airplane reminds us how the future is always arriving from itself, (through phantomatic projection, introjection, exilic trajection; transcription, translation, dislocation); a distributional force gliding between local and global figurations, fluxuries, luxuries, liaised, within the dialogics of recirculation

celebrating all that is nomadic and vagrant and on the edge —

underscoring  how one can live in the interstices, the aporias

in a superfluity of folds, in the unheimlich space

of multiplicitous systems of social and cultural signification —

live in a hybridized syncretic space between cultures and idioms

that doesn’t close down but builds dialogue

and celebrates its deterritorialization – recognizing that we,

gates of entry, gates of desire 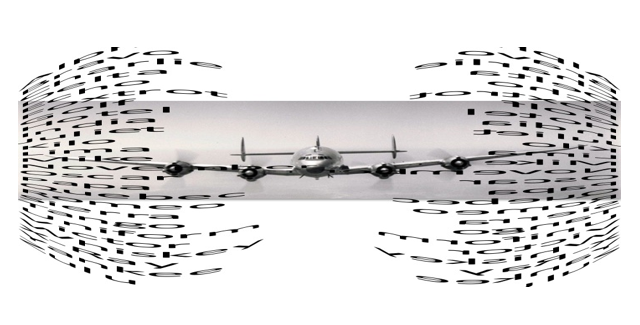 Reminding us that the world is poetry, and we are the letters traveling through space

through planes of  Boeing  in time 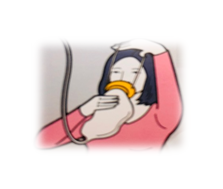 we are the letters unraveling though space.

a language that celebrates its otherness.

All that is dirty and disheveled. Impure.

All that has been excised.

Silenced. Left out. All that has been deemed unworthy, 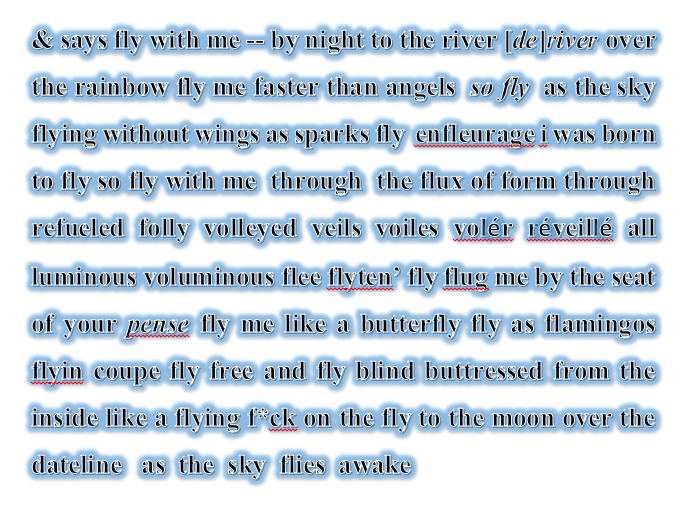 And as secrets mist binding days where dawn threads maJEsTically through the raging sky, the airplane reminds us that between seeing and saying, and the infinite veiling and unveiling

of language, meaning, being, communication and travel, as medium, en medias, as message and messenger, the airplane is always already massaging the ærotics

topographies echographies the weight of seduction memory and

upheaval the weight of meaning’s production

and the price of process 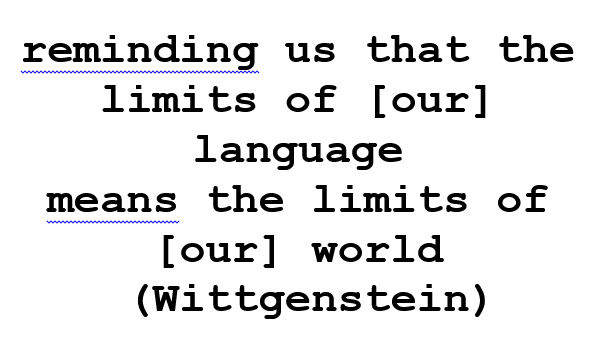