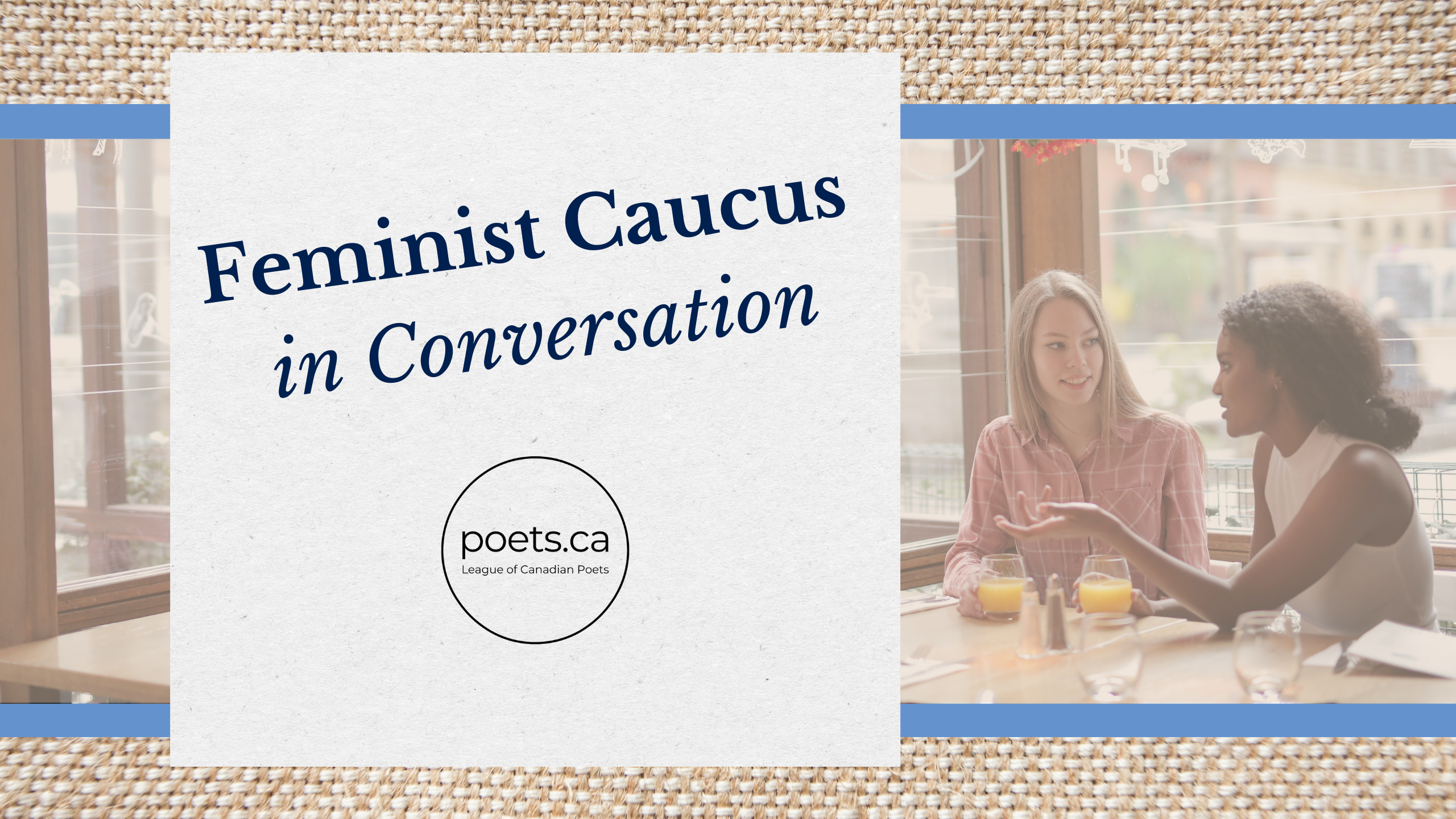 Feminist Caucus in Conversation: an annual chapbook and audio project from the League of Canadian Poets. In this project, listen to members of the LCP Feminist Caucus interview each other on topics including poetry (naturally), shared identities, the writing process, family, politics, and more. The League also creates a chapbook featuring poems by the poets from the conversation series.

Grab a cup of tea or coffee and enrapture yourself in conversation with our esteemed poet guests.

The Feminist Caucus in Conversation Series 2021-2022

In the 2022 series, poets explore the concept of compassionate feminism. These are tough times we live in: pandemic inequities and our climate change emergency, and the ongoing pain of racial and economic injustice, act as clarion calls to action.

How can the essentially solitary act of making poems be sustained by a community of feminists who respect, admire and are curious about one another? How might feminist poets enact these qualities as interactions with each other? How might we as poets practice self-care and take care of each other?

The 2022 Feminist Caucus Living Archives Series chapbook was edited by Renee Sarojini Saklikar and was produced as a part of the LCP Chapbook Series.

Tara Borin is a poet and writer living in traditional Tr’ondëk Hwëch’in territory, Dawson City, Yukon. Their debut full-length collection, The Pit, was published with Nightwood Editions in 2021. Tara’s work has also been anthologized in Resistance: Righteous Rage in the Age of #MeToo (U of R Press), Emerge 19 (SFU), and Best New Poets in Canada 2018 (Quattro Books). Tara writes free verse poetry, and recent themes in their work include mental health, addiction, identity, and family, both biological and chosen. Their influences include Al Purdy, Kim Addonizio, Kayla Czaga, and Katherena Vermette.

Molly Cross-Blanchard is a white and Métis writer and editor born on Treaty 3 territory (Fort Frances, ON), raised on Treaty 6 territory (Prince Albert, SK), and living on the unceded territories of the Musqueam, Squamish, and Tsleil-Waututh peoples (Vancouver, BC). She holds an English BA from the University of Winnipeg and a Creative Writing MFA from the University of British Columbia. Molly is the current publisher at Room, and her debut collection of poetry is Exhibitionist (2021, Coach House Books).

Renée Sarojini Saklikar is a writer and lawyer who lives in Vancouver on the unceded traditional territories of the Coast Salish peoples. Her work appears in many journals and anthologies, and she is the author of four books, including the ground-breaking poetry book, children of air india, about the bombing of Air India Flight 182 which won the Canadian Authors Association Poetry Prize; and is the co-author, with Dr. Mark Winston, of the poetry and essay collection, Listening to the Bees, winner of the 2019 Gold Medal Independent Publishers Book Award, Environment/Ecology. Her work has been adapted for visual art, dance, and opera, including air india [redacted] with SFU Woodward’s, the Irish Arts Council, and Turning Point Ensemble. She was the inaugural Poet Laureate for the City of Surrey (2015-2018), and she teaches creative writing as well as law and ethics for writer and editors. Renée Sarojini curates Lunch Poems at SFU Lunch Poems at SFU and  the Vancouver Poetry Phone; and is a member of Meet The Presses poetry chapbooks and micro presses. She also serves on the advisory boards of Event magazine, The Ormsby Review as well as serving as a board director for the Surrey International Writers Conference Surrey International Writers Conference.  Renée Sarojini works the epic, reclaiming it for climate justice and female heroes in her long poem project, THOT J BAP, The Heart of This Journey Bears All Patterns, an epic fantasy in verse. The first book in this series is Bramah and The Beggar Boy, (Nightwood Editions, 2021). For more information on this epic series as well as a statement of poetics, please visit thotjbap.com

Margo LaPierre is a queer, bipolar Canadian freelance editor and author of Washing Off the Raccoon Eyes (Guernica Editions, 2017). She is newsletter editor of Arc Poetry Magazine and member of poetry collective VII. She is the winner of the 2021 Room Poetry Award and the 2020 subTerrain Lush Triumphant Award for Fiction, and was shortlisted for the 2021 Fiddlehead Creative Nonfiction Contest. She is completing her MFA in Creative Writing at UBC. Find her on Twitter @margolapierre.

Grace Lau (she/her) is a Hong-Kong-born, Chinese-Canadian writer living in Toronto. Her debut poetry collection, The Language We Were Never Taught to Speak, was published by Guernica Editions in 2021, and named one of the best books of Canadian Poetry in 2021 by CBC. Her work is published in Grain Magazine, Contemporary Verse 2, Frontier Poetry, Arc Poetry, and elsewhere.

Heather Birrell is the author of a collection of poetry, Float and Scurry (Anvil Press, 2019) which recently won the Gerald Lampert Award, and two story collections, both published by Coach House Books: Mad Hope (a Globe and Mail top fiction pick for 2012) and I know you are but what am I?. TheToronto Review of Books called Mad Hope “completely enthralling, and profoundly grounded in an empathy for the traumas and moments of relief of simply being human”. Heather’s work has been honoured with the Journey Prize for short fiction, the Edna Staebler Award for creative non-fiction, and ARC Magazine’s Reader’s Choice Award. She has been shortlisted for the KM Hunter Award and both National and Western Magazine Awards (Canada).
Heather’s essay about motherhood – its joys and discontents – appeared in The M Word, an anthology that broadens the conversation about what mothering means today, and her essay about post-partum depression, “Further Up and Further In: Re-reading C.S. Lewis in the Wake of Mental Illness” (Canadian Notes and Queries), was a notable mention in Best American Essays 2017. www.heatherbirrell.com

Phoebe Wang (she/her) is a Chinese-Canadian writer and educator based in Toronto. Her first collection of poetry, Admission Requirements (McClelland and Stewart, 2017) was nominated for the Trillium Book Award. Her second collection, Waking Occupations, will be released in 2022. She is a poetry editor with The Fiddlehead and currently serving as Writer-In-Residence at the University of New Brunswick in 2021-2022.

Thank you to all of our participating poets, to Renée Sarojini Saklikar for curating this series, and to Ayesha Chatterjee (Feminist Caucus Chair) for working to put this project together. Look out for our Feminist Caucus in Conversation Chapbook in 2022!

The 2020 Feminist Caucus in Conversation Series

The 2020 Feminist Caucus Living Archives Series chapbook was edited by Shazia Hafiz Ramji and was produced as a part of the LCP Chapbook Series.

Sadiqa de Meijer’s debut collection, Leaving Howe Island, was a nominee for the 2014 Governor General’s Award for English-language poetry and for the 2014 Pat Lowther Award. Her forthcoming book, alfabet / alphabet, will be published with Palimpsest Press in September 2020. She lives with her family in Kingston, Ontario.

Shazia Hafiz Ramji is the author of Port of Being (Invisible Publishing), a finalist for the 2019 City of Vancouver Book Award, 2019 BC Book Prizes (Dorothy Livesay Poetry Prize), and the Gerald Lampert Memorial Award. It was named by CBC as a best Canadian poetry book of 2018 and received the Robert Kroetsch Award for Innovative Poetry. Shazia’s writing is forthcoming in Best Canadian Poetry 2019 and has recently appeared in Poetry Northwest, Music & Literature,  Best Canadian Poetry 2018  and THIS  magazine. She is a columnist for Open Book and is currently at work on a novel. 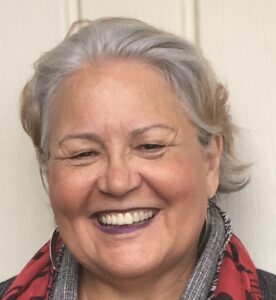 Jónína Kirton is a Métis/Icelandic poet. She currently lives in the unceded territory of the Musqueam, Sḵwxwú7mesh, and Tsleil-Waututh. Kirton received the 2016 Vancouver’s Mayor’s Arts Award for an Emerging Artist in the Literary Arts category. Her second collection of poetry, An Honest Woman, was a finalist in the 2018 Dorothy Livesay Poetry Prize. 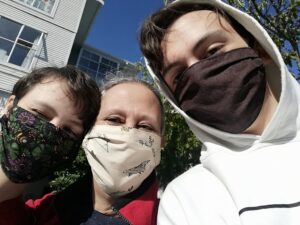 ​Joanne Arnott is a Métis/mixed-blood writer and arts activist, originally from Manitoba, at home on the west coast. She received the Gerald Lampert Award (LCP 1992) and the Vancouver Mayor’s Art Award for Literary Arts (2017). She published six poetry books, a collection of short nonfiction and a children’s illustrated. Recent publications include her third poetry chapbook, Pensive & beyond (Nomados Press 2019) and the co-edited volume, Honouring the Strength of Indian Women: Plays, Stories and Poetry by Vera Manuel (U of Manitoba Press 2019). She is Poetry Mentor for The Writers Studio, SFU, and Poetry Editor for EVENT Magazine. 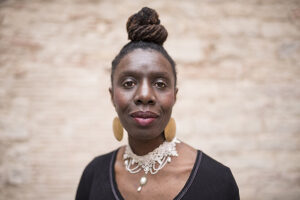 Valerie Mason-John. Poet, author, and public speaker Valerie Mason-John (a.k.a. “Queenie”) highlights issues of the African Diaspora and the Black, female, Queer identity and resists the currently existing overt and covert forms of colonialism through her fierce and brave writing. She is the author of eight books. Her debut novel, Borrowed Body, won the 2006 Mind Book of the Year Award. She co-edited the award-winning anthology, The Great Black North: Contemporary African Canadian Poetry and co-produced blackhalifax.com. She lives in Vancouver. Find her online at valeriemason-john.com.

Andrea Thompson has been publishing and performing her work for over twenty-five years. In 2005 her spoken word album, One, was nominated for a Canadian Urban Music Award, in 2009 she was the Canadian Festival of Spoken Word’s Poet of Honour, and in 2019 her poetry album, Soulorations helped earn her the League of Canadian Poets’ Golden Beret Award. Thompson is co-author of the anthology, Other Tongues: Mixed-Race Women Speak Out, and author of the novel, Over Our Heads. Thompson currently teaches through Workman Arts, CAMH (Centre for Addiction and Mental Health), and the University of Toronto’s School of Continuing Studies. She is a member of the Brick Books editorial collective and curator for Brick’s multimedia hub, Brickyard. Thompson’s work is featured in the anthology, Best Canadian Poetry: 2020, and she is the recipient of the 2021 Leon E. & Ann M. Pavlick Poetry Prize. Her poetry collection, A Selected History of Soul Speak will be published through the Frontenac House series, Quartet in the fall of 2021.